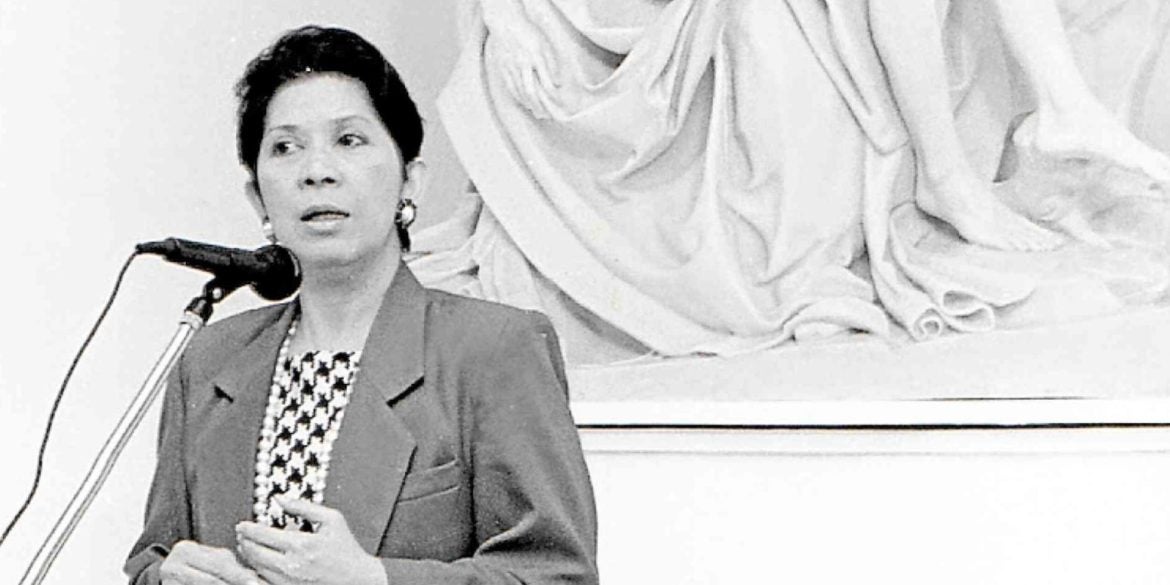 Devoted art catalyst, Inquirer contributor and former president of Metropolitan Museum of Manila (MET) Rita Kalaw Ledesma died on Aug. 1, the MET announced in a statement. She was 83.

In the statement, MET chair Joselito Campos Jr. said, “We are grateful for her invaluable contribution to the MET, and to her lasting achievements during the many years that she served as president and vice chair of the museum.”

MET president Tina Colayco said, “Rita remained committed and unwavering in her support of the museum and the art and cultural community to the very end. Up to a few days ago, we had enthusiastic discussions to work together on an archiving project of the history of the MET Museum. She will be greatly missed. In her honor, the MET will carry on her legacy and passion.”

Vice chair Doris Magsaysay-Ho said, “Rita contributed so much to the Metropolitan Museum. She had so much passion for art and culture, and it was infectious. When the MET needed more space in the early 1990s, she convinced the BSP (Bangko Sentral ng Pilipinas) to approve the concept and worked with esteemed architect Lor Calma to design the second-floor galleries. She raised the funds with such determination, that we achieved the expansion in record time.”

She was the daughter of Rafael Ledesma and Purita Kalaw-Ledesma, noted art critic and suffragist who founded Art Association of the Philippines, one of the many art organizations her daughter would later lead. Ledesma received much recognition for her efforts, including the Chevalier de L’ordre des Arts et des Lettres from the government of France for her cultural contributions in 1980.

Ledesma contributed pieces to Lifestyle from 2013 to 2016, writing on topics such as the peace-loving Mangyan, her hometown of Silay and postwar Manila life studying at Maryknoll College.

In a 2016 article, she wrote: “Having been a volunteer for six decades, I have strong personal feelings for this beautiful culture of kindness. It awakens a latent magnanimity through sheer involvement in something greater than oneself. With imagination and style, dedication and lots of work, it also creates friendships, fulfillment and inexplicable joy.”

In Chit Roces’ 2020 article about seniors and the quarantine, Ledesma was consistent to the end: “After 82 years of failed and fulfilled dreams, I have learned that the only way to live is by enhancing my inner life. Will the lockdown end or be extended indefinitely? It doesn’t matter to me. What matters is that my journey to the Light be peaceful, stable and beautiful. And that goal, I can achieve.”