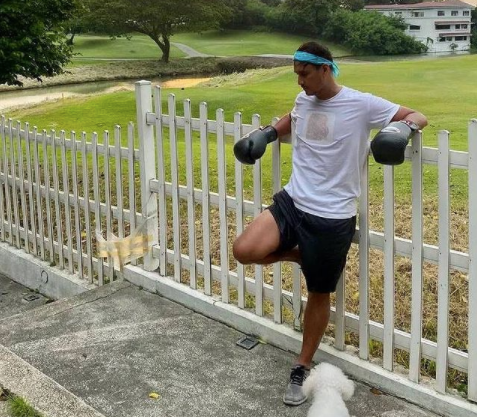 Manny Pacquiao may have lost to fellow boxer Yordenis Ugas via unanimous decision, but this does not deter actor John Estrada from still lavishing the boxer-senator with praises.

Estrada made public his admiration for the eight division champion boxer in his Instagram post today, Aug. 23, where he shared a photo of the champion boxer bearing the words “Mananatili kang kampeon sa puso ng Pilipino, Manny.”

(You will remain a champion in the heart of the Filipino, Manny.)

“Ang dami dami puedeng sabihin at puedeng pasalamatan sa isang MANNY PACQUIAO,” Estrada stated in his own caption. (There are so many things to say and be thankful for to a Manny Pacquiao)

Estrada noted that every time Pacquiao has a fight, and since these fights are on Sundays, he always couldn’t sleep the day before.

(And the next day, Sunday, although it’s only 10 a.m., you don’t see people in the streets anymore because everyone is in their houses, others in basketball courts, stadiums and other places where they are all facing the TV monitor for the fight.)

Estrada is grateful that he is able to witness the career of Pacquiao, as he has been watching all his fights, and he shakes at the skill and strength of the boxer. He considers Pacquiao as one of the best boxers ever, in the league of Muhammad Ali.

But what Estrada is most proud about Pacquiao is his fear and respect for the Lord.

Jinkee comforts Manny Pacquiao after loss to Ugas: ‘I’m proud to be your wife’