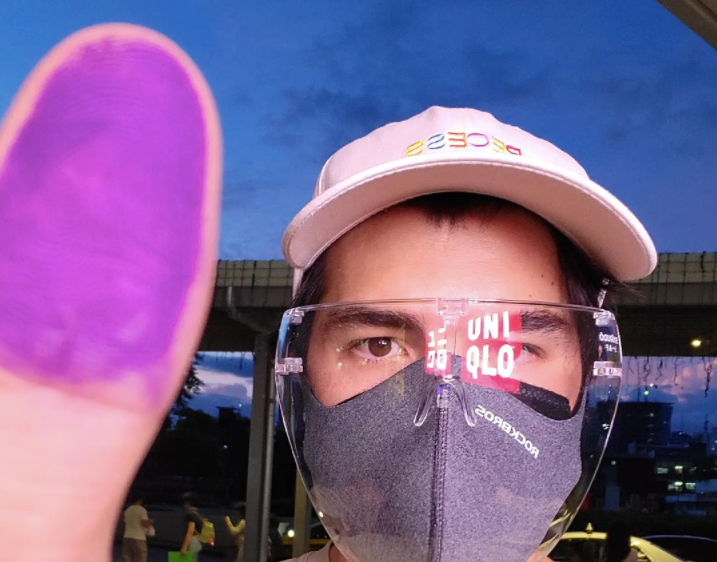 Erwan Heussaff encourages everyone to register: ‘2016 showed us that votes count’

Celebrity chef and vlogger Erwan Heussaff is appealing to all Filipinos to register and vote wisely.

This comes right on the heels of reports that voter registration will be extended from Oct. 11 to 31.
Heussaff made the appeal on his Instagram page today, Sept. 30, where he posted a photo which showed his inked finger.

“Today was supposed to be the last day of registration but it seems like you might get a few extra weeks in October. Please register if you haven’t yet. Lines are long but it’s worth it,” he said.

“To be honest, I never really felt like my vote counted, with all the rumors of cheating and all the stories we hear during each voting cycle. However 2016 showed us that votes did count and it’s our duty as citizens to take part in this right,” he added. The year 2016 was when the last presidential elections occurred.

Heussaff admitted that he is still undecided about who to vote for as he is still “waiting for everyone to announce their candidacies and more importantly their platforms.” He is asking fellow citizens to “stray away from personality politics and base our decisions on track records and what platform each candidate is running on.”

“Think of it as a job interview, what would you ask the candidate, what prior experience would you look for? what background checks would you do, what would convince you? Which references would you check?” he said.

Heussaff also encouraged everyone not to engage in “shouting and trolling on Twitter,” and instead “have conversations and educate each other.”

“If someone doesn’t vote the same way as you do that doesn’t make them wrong. Maybe they have a different perspective and have their reasons,” he explained. “You’ll never convince someone to see what you see by shouting at them.”

The best way he thinks that one could address this problem is by “[reaching] out to people from other parts of the country to understand their realities and experiences.” He advocates that everyone should come up decisions based on facts and research.

“Your vote should reflect what you want for yourself, your community and your country, it’s a personal decision with national implications,” he stressed.

Heussaff also left a reminder to possible bashers: “P.S if anyone hates on this post, you have issues, this is so neutral it’s beige and yes I’m Filipino so I’m allowed to vote.” JB