Galerie Roberto sends out a quiet invitation into the private worlds of two of the country’s impressive minimalists, Allain Hablo and Rico Lascano, in a show titled “Still.” Both artists work with pared-down imagery and restrained emotion in a purposive renunciation of the many excesses associated with the once predominant style of abstract expressionism. In their hands, minimalism has emerged with its own expressive lyrical beauty, Oriental in soul and contemplative spirit. With determined simplicity and understatement, Hablo’s visions of stillness are experienced through the sensitive animation of a heavily distressed surface, while Lascano’s evocations of an infinite universe and celestial spaces are distilled from fluid passages of ethereal and fugitive forms. 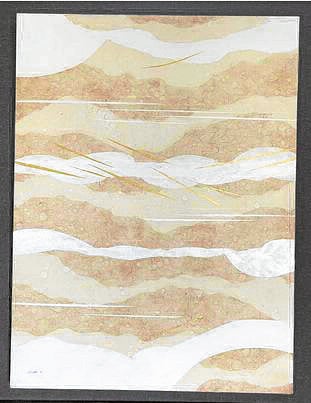