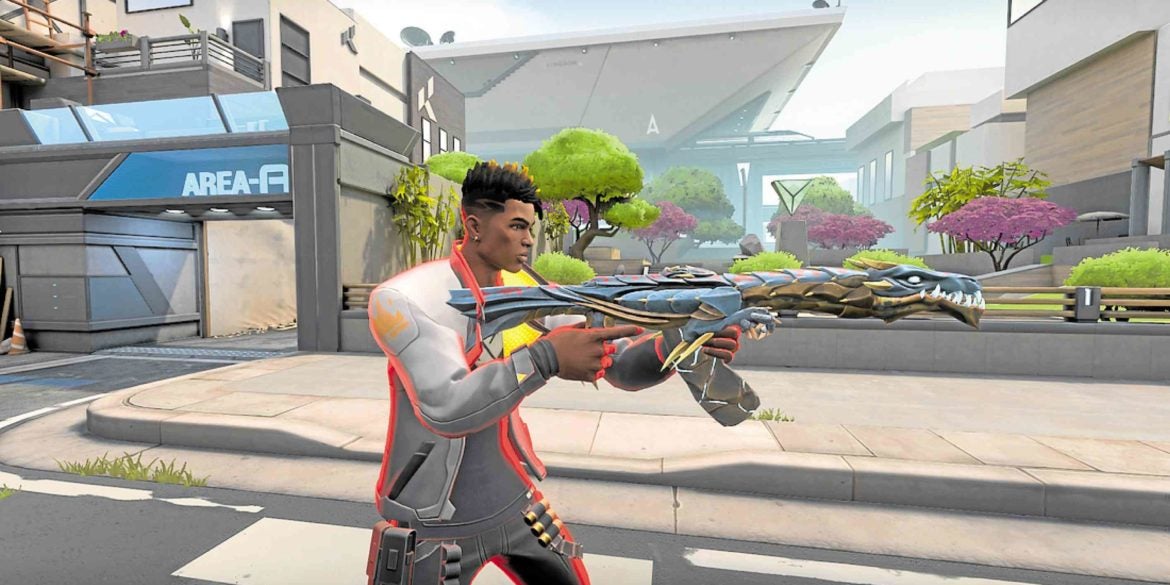 Gamers refer to in-game cosmetics as “skins”— visual and audio upgrades or weapon and costume enhancements.

Being a parent in 2021 means working to earn money for basic needs like food, shelter—and video game skins

“You want a what?” a baffled Richie Moya responded when her son Miggy, 11, said he wanted an “Elderflame Vandal.”

It took the busy mom a second to figure out what it was exactly that her son desired: in-game cosmetics for “Valorant,” a first-person shooter game on PC (personal computer) that has become hot during the pandemic.

Moya has grown familiar with the strange requests of her son. She has seen him play many other video games like Minecraft and Roblox.

She has also come to terms with the reality that being a parent in 2021 means that she has to work to earn money for her family’s basic needs like food, shelter and “Valorant” skins.

But what are skins?

Gamers like Miggy refer to in-game cosmetics as “skins.” These are commonly visual and audio upgrades or weapon and costume enhancements to gaming experiences offered by free-to-play titles.

“Valorant,” for example, is free-to-play—gamers don’t need to pay for the software or any kind of license to experience the game. Microtransactions make up for this free access and game developers encourage spending through skins.

Skins generally don’t offer any competitive advantage but they enhance gaming experiences through special effects. Miggy’s desired skin, the Elderflame Vandal, turns a regular automatic rifle into a dragon that shows an incineration effect to opponents in final eliminations. It costs about P900—and that’s just one weapon.

Over time, trendier skins become even more coveted and aspirational among gamers because of a few things: They are offered for a limited time; sorted in tiers according to value (deluxe, premium, exclusive editions, etc.); produced with brands, designers or celebrities; and are not cheap.

Recently, “Valorant” released Spectrum, a special collection from a collaboration with German DJ/musician Zedd. It offered an experience based on Zedd’s music—the bundle of five weapons and accessories costs about P3,740. Other sought-after in-game items are weapons like the Celestial Fan and the Recon Balisong—and each costs about P1,250.

So how does Moya get an Elderflame Vandal for her son? Skin shopping isn’t as simple as going to the mall.

There are three things to know: in-game credits, in-game shops and battle passes. These mechanics are common among many games.In-game credits are used to purchase virtual items like skins. Players need to top up to get credits for their in-game wallets. In “Valorant,” in-game credits are called Valorant Points (VP). These are sold in preset packs: VP can be purchased for as low as P149 for 375 VP to as much as P2,490 for 7,500 VP.

Radianite Points (RP) is another layer of in-game credits that allows players to further upgrade their skins; these can be purchased on-demand or accumulated in the game over time.

Parents like Moya have two options to top up.

She can sit down with her son to top up during a game using her e-wallet (GCash or Paymaya) or credit card. The game has standard procedures for credit card use so security shouldn’t be a problem; just don’t forget to toggle the checkbox that saves credit card details.

She can also turn to “Valorant”-approved partners like Coda (codashop.com)—this is an option to consider for gifting purposes because all she needs is her son’s in-game name (IGN) or Riot ID and tag (example: Miggy#123).

Razer’s unified virtual marketplace (gold.razer.com) also offers PIN codes that can be purchased on their website. These codes can be used to redeem credits in the Valorant in-game shop.

In-game shops don’t operate like regular e-commerce websites where every item is available. In “Valorant,” the in-game shop shows two sections: a featured bundle that changes every two weeks or so and four solo items that are in random rotation every 24 hours. The four solo items vary from player to player.

Gamers who have a skin in mind need to be patient in regularly checking their in-game shops. They also need to be quick. The current items they see might not reappear anytime soon.

A more economical way to get skins for your kid is to get them a battle pass. This costs about P500. It’s a ticket to the game’s current season that provides access to a dozen weapons and a bunch of items and accessories, which can be unlocked by completing challenges and “grinding” (literally spending hours and hours in the game).

Battle passes in other games offer in-game credits that can be unlocked for use in the next season. In “Fortnite,” for example, gamers can buy a battle pass for 950 V-Bucks and earn up to 1,500 V-Bucks—this can be used to buy next season’s battle pass or items from the in-game shop. “Call of Duty” has the same mechanics: Spend 1,000 points for the battle pass and get up to 1,300 points at your disposal.

The current “Valorant” battle pass offers leather and ceramic finishes to select guns and weapons but unfortunately, these aren’t as cool as the Elderflame Vandal that Miggy wants.

He’s still lucky because his mom expressed support for his gaming.

“I give skins to him as a reward,” Moya said.

She appreciates how games like “Valorant” keep Miggy’s social life healthy even when he is staying at home most of the time.

Moya said her son is continuously connected with his friends and peers. “The game becomes a common interest and a facility for expression,” she said. She has seen Miggy start healthy conversations about the game with his friends during those times when they go out for a jog in their neighborhood.

Skins are also more manageable for her. “They don’t clutter the house like toys that I used to buy.” —CONTRIBUTED