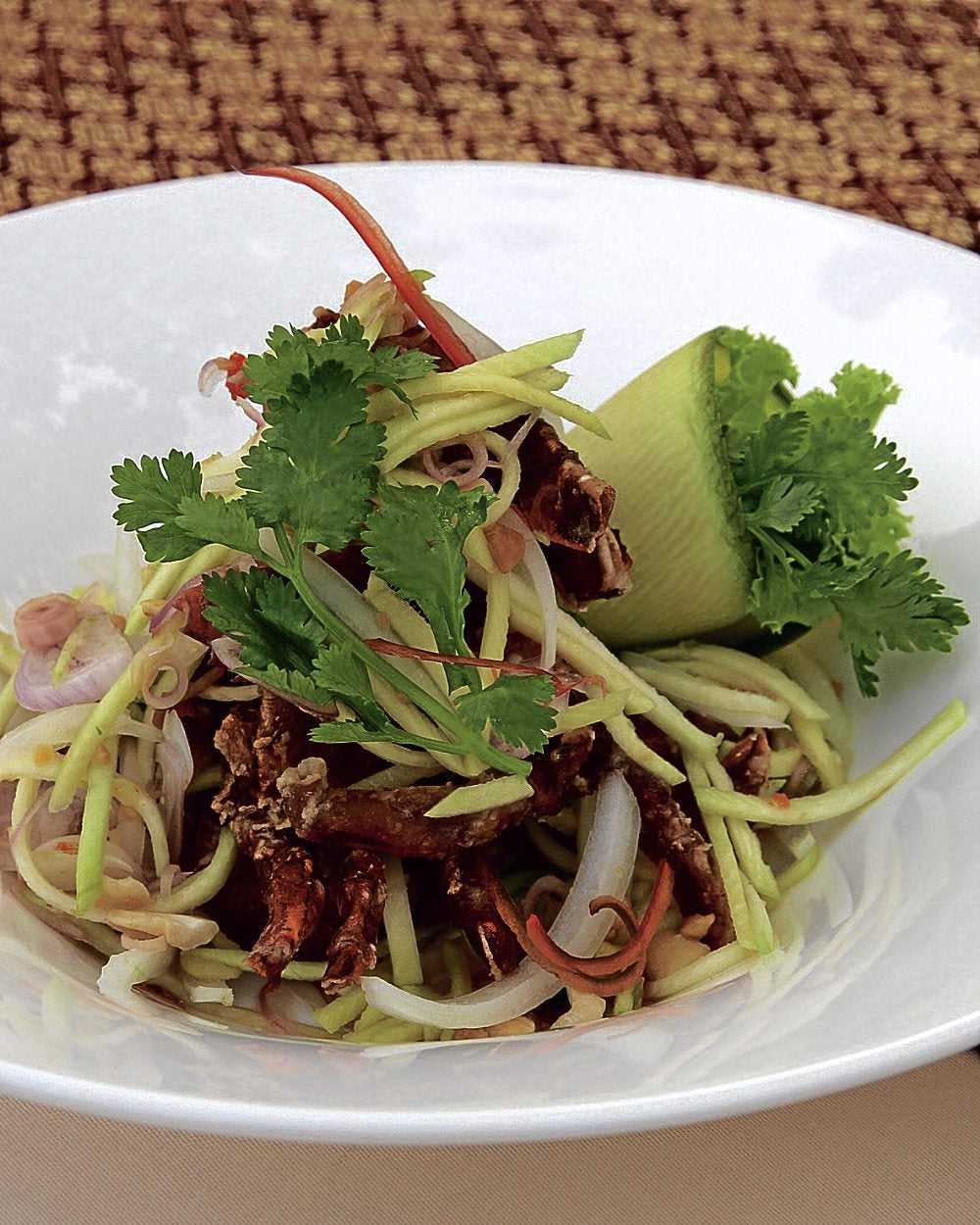 Thai Food is probably the most recognizable Southeast Asian cuisine in the whole world. People all over have developed a gastronomic passion for “Pad Thai,” “Tom Yum Goong” and Coconut Sticky Rice with Sweet Mango.

Thai dishes are quite distinctive because of their combination of ingredients. The curries are light and easy with the curry paste made only from fresh ingredients, while the richness comes largely from coconut milk. The use of herbs and spices, plus the simplicity of the cooking process, adds to the refreshing bite.

Four Thai chefs, led by Sumet Sumpachanyanont from world-acclaimed Mandarin Oriental, Bangkok, have been flown in to whip up traditional and innovative dishes from the Land of Smiles. The other three chefs are Jarunluk Moonsrinoun, Sompratana Wannaprateep and Samran Nonwongsa.

Sumet is a celebrity chef and television culinary show host in Bangkok. He’s been with Mandarin Oriental, Bangkok, for two decades now. His first visit in the Philippines was in 2008 for a Thai food festival, also at the Mandarin Oriental, Manila.

“I’m so glad to be back for the second time,” says Sumet. “It’s nice to showcase our traditional Thai food in this country.”

Sumet says only few ingredients for the festival are imported from Thailand, including the bird’s-eye chillies, which he uses for tom yum soup, and some curry pastes and fish sauce.

“About 90 percent are already available in Manila,” adds Sumet. Shallots, ginger, garlic and coconut cream, among other ingredients, are bought in town. However, the chefs make their own chili paste, chili sauce and other dressings.

The tom yum or seafood soup combines tangy, sour and chili flavors, while nuts and spices elevate the curry dishes.

Sumet says it would be impossible to feature the entire Thai favorites in a day, so two menu cycles will be available for the duration of the festival. Each cycle features at least 30 dishes for lunch and dinner.

For those who wish to bring the tastes of Thailand home with them, chef Sumet will conduct a cooking class on March 17, 9 a.m. He will introduce students to the intricacies of preparing authentic Thai food, including “Yaam Mamuan Poo Nim” (Spicy Mango Salad with Soft Shell Crab), “Phad Thai Goong” (Stir-fried Thai-style Noodles with Prawns, Bean sprouts and Chives) and “Gluay Chueam” (Caramelized Banana with Coconut Cream).

The class fee is inclusive of breakfast and a three-course lunch, where students can sample the dishes that have been demonstrated.

The food festival is also giving diners a chance to win a holiday trip for two to Bangkok, inclusive of accommodations at the legendary hotel. Winners will get to immerse themselves in Thai culture and food with a four-day, three-night stay at Mandarin Oriental, Bangkok, courtesy of the Tourism Authority of Thailand.