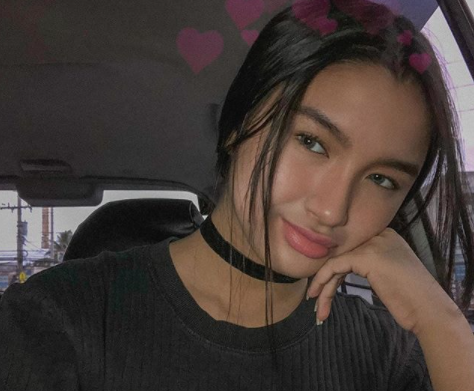 Alyanna Angeles admits she enjoys being the contravida

Young actress Alyanna Angeles immensely enjoyed being mean in the TV series “Huwag Kang Mangamba” where she played the daughter of Mercedes Cabral and niece of Eula Valdes.

“It took me a while to get the hang of it,” Angeles said during the Oct. 25 online press conference for the show’s finale. “Huwag Kang Mangamba,” which also stars Seth Fedelin, Francine Diaz, Kyle Echarri and Andrea Brillantes, is now on its last week and will continue to air its remaining finale episodes via Kapamilya Channel, A2Z, TV5, TFC, Kapamilya Online Live, iWant TFC, WeTV and iFlix.

“Sa taping naman ay lagi akong may natutunan na new (During taping, I always learn something new),” Angeles shared. “I always try to bring out something new in every scene kasi (because) I’m with my co-actors and interacting with them, I learn a lot from them and it’s very challenging.”

Although it’s her first time to play such a role, Angeles found the experience fulfilling, especially since most of her scenes were with the veterans Valdes and Cabral. Overtime, she became comfortable doing the scenes with them. She learned a lot from them as well.

“I learned a lot from them like what kind of energy to give in a scene and how much to give and how to deliver the lines and just give back the same,” she said.

“With Mama Eu, we like formed a motherly bond na rin kaya naging comfortable na ako sa kanya (We formed a sort of motherly bond so I also became close to her),” Angeles added. “She gives me advice outside of taping [too].”

What she learned most from Valdes is to always be conscious of the camera.

(She always reminds me that when I no longer see the camera, that means the camera doesn’t see me too. So always know your place, something like that. We always laugh about how I should already set up Waze for it.) JB

JM de Guzman on ‘kontrabida’ role: I don’t judge the character… so I don’t lose empathy