The poetry of ‘womanning’ up | Inquirer Lifestyle ❮ ❯ 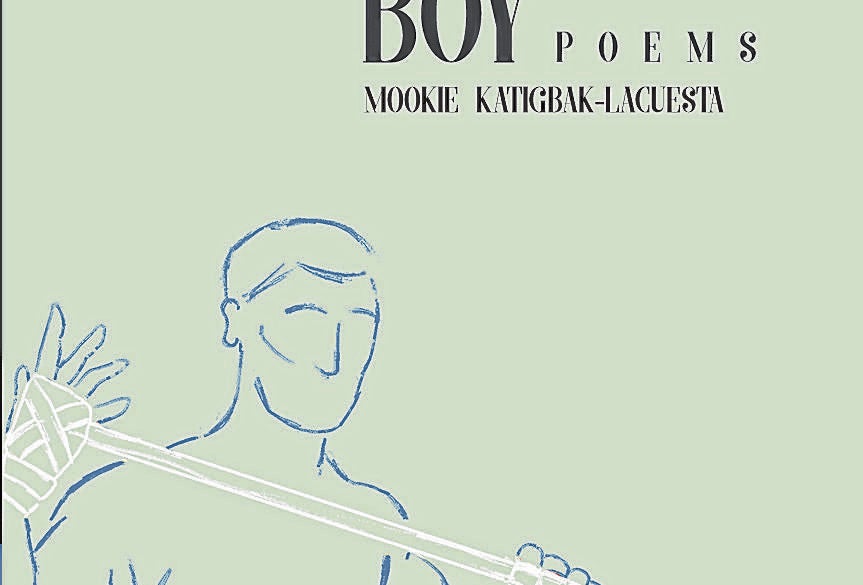 The poetry of ‘womanning’ up

Mookie Katigbak-Lacuesta’s poetry is always a tour de force. Now that I’ve gotten that out of the way, it was serendipitous that I’d received her latest book, “College Boy: Poems,” from Ateneo de Manila’s Bughaw imprint.

While this book contains work that is quintessentially Katigbak-Lacuesta’s brand of poetry, her trademark control and subtlety come with a much more feral and feminist edge in this volume. Not to offer spoilers, but don’t expect ladylike delicacy in the pieces here.

“College Boy” is the rawest hurt of a woman struggling to grow into her own shape in a world where the battleground of sexual politics has been terraformed for men for millennia. She bangs at glass ceilings with precise blows, determined to own her gender identity and proudly wear the wounds women have hidden for millennia.

From the poem “Anna”: “I’d had enough: the ceremony/ the upkeep, the unlove.// My life was a story a man/ had written, only a man would// throw me under the tracks,/ would end me thus.” There is so much love and so much honesty in this book.

Across the slim volume, the divine feminine sees expression with brutal clarity, like a goddess shaking off the graveyard dirt as she rises and looks each man who tried to bury her alive in the eye. Katigbak-Lacuesta’s goddess didn’t rise from the sea-foam, honey. She clawed her way up to the surface and will not be denied, so don’t evade her. Look into her radiance and understand why it can’t be kept entombed, Katigbak-Lacuesta’s poems all but scream. This is how a woman goes to war wielding poetry as both sword and shield.

Never mistake the civilized words and enjambments, or the clever turns of phrase, for politeness or denial. No, she holds up a mirror to women who have all had to diminish their sacred spaces so men would not be threatened, to both men and women who were raised under gender role stereotypes that have, across history, been passed off as “natural,” and called these out for the moldering bovine fecal patties they are. She is also unafraid to break out the profanities, dropping F-bombs so prettily the illusion of politeness sits like a mirage over the text until you reread the lines, just so you confirm you aren’t seeing things.

All told, I am enjoying Katigbak-Lacuesta unleashed, and I would like to read more of her. Now, excuse me, but I do need to buy copies of “College Boy” for gifting come Christmas. Don’t just read this gorgeous book. Buy them for your friends and family—especially the men in your life, you know, as a friendly slap of reality.

Please, do your grandmothers, mothers, aunts, daughters, nieces, granddaughters and women friends a favor: Make sure this book has the widest range of dispersal possible. It will make our world so much better. —CONTRIBUTED

Available from the Ateneo de Manila University Press website or on Shopee.