This time she may not make it | Inquirer Lifestyle ❮ ❯ 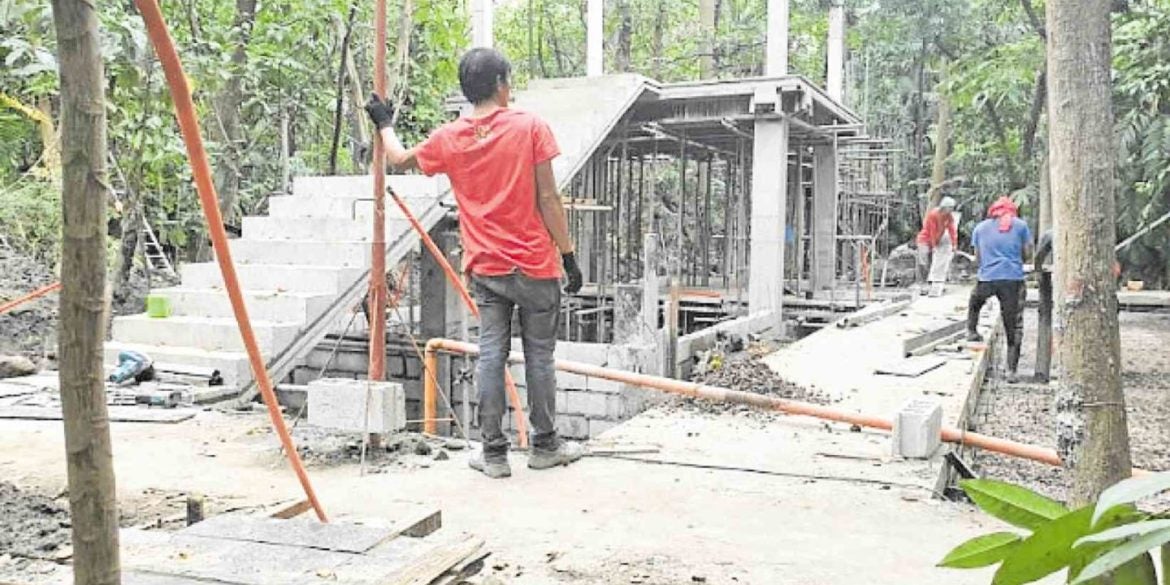 The fate of the Arroceros Forest Park

This time she may not make it

This time she may not make it.

Although she has survived previous attacks, this time she is up against a particularly cruel and murderous one, launched on her in betrayal, by someone she thought she could trust.

Here, veritably, is the unkindest cut of all. He had, after all, promised to protect her, in fact, professed publicly to be her champion forever.

He is Manila Mayor Francisco “Isko Moreno” Domagoso. His victim: Arroceros Forest Park, the only mini-forest in his polluted city.

On Nov. 13, a desperate post from cousin Regina “Ninit” Paterno on the Viber thread of our Winner Foundation, builders and caretakers of the forest since 1994:

“I just witnessed the worst massacre of Arroceros Forest; all secondary trees and ground covers have been removed to give way to the concreting of what were the natural pathways on the forest floor. It was both shocking and heartbreaking. This has been the worst assault on the Forest yet.

“City Hall has violated their assurances that the inner forest would not be touched in its so-called beautification plan. All the natural ponds, which served as drainage, have been covered with soil. The large man-made pond made by the late Mayor Alfredo Lim is underneath a structure now.

“The Juvenal Sanso Garden, with indigenous trees he donated from our trade history with Mexico, has been cemented over. The concrete bench donated by National Artist Napoleon Abueva has been damaged; a part of it lies separated from the rest of it like a worthless chunk of concrete. You would have all cried had you seen it.

“That day there were no birds singing.”

The assault had been mounted stealthily, obviously kept deliberately from our foundation and its longtime partner associations of other environment protectors belonging to Save Arroceros Forest Park Movement, among them Catholic Women’s Club and Manila Doctors Hospital. We learned about the murder in the middle of it.

Meanwhile, the mayor, now a presidential candidate, is busy going around making more promises. Indeed, he has the gall (as reported by Pia Ranada of Rappler in her own post) to promise “a massive reforestation with indigenous peoples if elected.”

His lying mouth keeps going but his eyes remain conveniently blind to an ordinance (8607) he himself championed and has now violated himself, declaring “Arroceros Forest Park a permanent forest park, pursuant to Republic Act No. 5752, or the Municipal Forests and Watershed Act.” It constituted a declaration of love and concern for the environment—and we believed him; he cleaned the bay and city streets, and improved garbage collection, after all.

But his attack on a forest more than cancels out all that; it makes him one of the worst enemies of the environment. If he had even the slightest understanding of the health benefits forests give people! Apparently he is so insensible he did not even feel the lowering of the temperature in and around the forest—if he happened to have been there at all. Even more surely, he has consequently driven away for good at least 25 species of birds that watchers have identified dwelling there.

Our foundation had been waiting for the mayor’s answer to several requests for meetings, including one in a letter sent in behalf of the members of Save Arroceros Forest Park Movement—all of 54 members with 30 multisectoral private and public stakeholders, and 124,858 individual members, 58 percent of whom happen to be Manila voters.

We had written the letter upon learning about his Arroceros “beautification plan.” We intended to bring to the meeting a forester and a taxonomist from the College of Forestry of the University of the Philippines and two doctors from Manila Doctors Hospital.

Like any traditional politician, he chooses the people he meets with and limits their number, and often that does not include the likes of us.

Soon enough, we realized no answer to our letter was coming. He had gone ahead with his beautification: He had killed a lot of trees.

Our poor forest’s history, to be sure, has been one of run-ins with politicians. Upon succeeding Mayor Lim, Lito Atienza (a professional politician himself, for all intents and purposes; he has been vice mayor, mayor, a sitting congressman and now running for vice president), turned on the forest.

He appropriated 800 square meters from its 2.1 hectares for the Department of Education, which could easily have been sited elsewhere. He butchered grown trees, in consequence destroying the natural cooling canopy they formed.

We protested and were locked out of the forest. The forest itself was starved; water and power were disconnected. We sued Mayor Atienza.

The case was dropped after Lim got reelected and the forest reopened and began to revive and recover on sustenance our foundation and our partners provided—money, labor, care. Parkgoers came again.

Mayor Joseph Estrada eyed the forest, too, but saw it as real estate, and perhaps in attempt to devalue it in the eyes of the public, he first turned it into a partial junkyard.

But Mayor Isko is putting to shame all those previous forest attackers. Imagine his potential environmental victims if he becomes president. Reclamations would be undertaken for dolomite beaches, and hard, hot concrete would replace cool, life-giving trees.