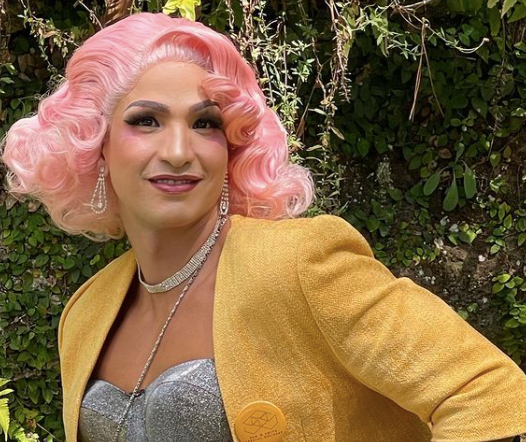 Actor-singer Markki Stroem is taking on the unconventional yet brave path in his latest projects, some of which require him to be portraying gay roles.

Stroem believes his roles ask for versatility, giving him the rare chance to flex his acting muscles, as per his Instagram post today, Dec. 1, where he shared photos of himself in a red bikini and in drag.

“In the past [four] months I have played two very different individuals, but both from the LGBTQIA++ community,” he said.

One role he played is that of Mark Anthony Handang, “a probinsyano caretaker, masculine and a representation for all that is good in the world.”

This character is seen in the Boys’ Love show “Love At The End Of The World” which will be released by end of this month on the streaming platform GagaOOLala, which focuses on LGBTQ content.

Another character is that of Bianca Duran, “a Non-Binary Drag Queen who saves their Drag Family by becoming a Drag Delivery Girl in Baguio.”

“Bingo Duran is the male counterpart of their drag persona. The drag mother from the HOUSE OF DURAN. Will do ANYTHING for their anak anakan Dyosa @pipaykipayy Raver @ej_panganiban_ and Joey Silver @kalangitan,” he said.

For Stroem, portraying these characters give “a whole new meaning to ‘Doblecara’” and means a lot when it comes to issues of representation.

“Two different characters, three different portrayals. All representing the universal theme of LOVE and ACCEPTANCE. Please support both of these series as they have so much to say, teaching us to cherish the LOVE that we have. Who knows what will happen tomorrow?” Stroem explained.

Still in the spirit of representation and inclusivity, the actor asked fans and followers to “be brave, stop hating and start supporting one another.”

Meanwhile, Stroem made his catwalk debut during the Arab Fashion Week, wearing platform heels and an underwear in an androgynous ensemble, last October. JB

To drag, thank you for making me love what I see in the mirror