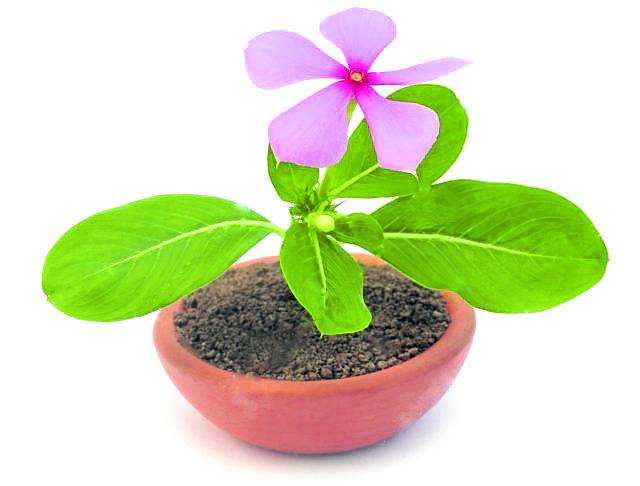 “Tsitsirika” or Madagascar periwinkle, if you want a bit of Very Peri, Pantone Color of the Year for 2022, in your garden —KalusuganPH

It’s a new year, and the plants chosen to represent it reflect the hopes and expectations of what’s up ahead. The website 1-800-Flowers declared the baby rubber tree as the Plant of the Year. The Peperomia obtusifolia comes in different names, such as pepper face or American rubber plant. Its beautiful glossy leaves are usually green but some have variegation of yellow or white.

It was chosen by the website with the workers returning to the office in mind. They said that it can be kept at home or in the office. The plant is easy to maintain and sturdy enough to withstand neglect from its owner who has to go on a business trip.

The rubber tree and its rounded leaves is considered a lucky plant. Its resemblance and relation to black pepper gives its reputation of being able to drive away evil spirits. In Brazil, it is given as a gift to symbolize the message that “everything will be alright.” We all need this kind of comforting reminder after what we’ve been through the past two years.

The website also said that it is considered a beginner’s plant. It only needs to be watered when the soil is dry, which means it can last up to two weeks indoors without watering during the cold months. It is an indoor plant and its leaves could burn under direct sunlight.

The sap can be irritating to the skin of both humans and pets. A small pot of baby rubber plant can be bought on online shopping platforms for P300.

“It’s interesting, it’s distinctive and it’s really easy to care for. All of those things that this plant stands for tie back to the sentiment for 2022,” said Alfred Palomares of 1-800-Flowers.

Flower of the Year

The website also chose tulips as the Flower of the Year. They chose it because the flowers grow during spring, offering warmth and happiness. Tulips, they said, represent better times that we expect from the new year. Pantone declared Very Peri as the Color of the Year. It is described as blue with violet-red undertone.

If you want this bit of color in your garden, then the Madagascar periwinkle is one of your best options. It is common in the Philippines. Locally it is known as tsitsirika and is an herbal plant used to cure ailments like diabetes. 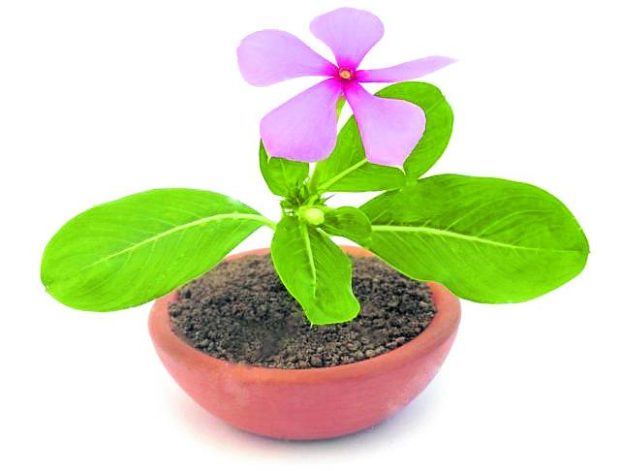 The periwinkle has shown antibacterial and anticancer properties. It is also used to treat diarrhea, tonsillitis and high blood pressure. However, it is also vomitive, thus best to keep your pets away from them.

This is another easy-to-grow plant. It prefers partial shade and sunlight and grows well in poor soil. This is perhaps the reason it grows abundantly near the sea. It can tolerate any soil as long as it is drained very well. Overwatering can cause root rot and overfertilization can affect its blooms. It is drought-tolerant, thus it will fit well with an office worker’s schedule.

Trend forecaster WGSN and color authority Coloro actually named the Color of the Year for 2022 before Pantone did. They named Orchid Flower as the color for 2022 two years ago. The color is saturated magenta to vibrant pink. WGSN chose the color to create a positive tone as we navigate through a post-COVID world.

Orchids have a reputation for being hard-to-grow. However, fans argue that it can be easy, too. If you’re going to buy an already established phalaenopsis (moth) orchid plant for your office desk, then make sure that you place it where it gets indirect sunlight. Water the soil when it feels dry and you can check by sticking a finger into the pot up to 1 inch. It’s important for the pot to be well-drained, otherwise the plant will be prone to root rot. Look out for pests including red ants.

Raising an orchid can be unfamiliar and challenging, but it will reward you with beautiful flowers when cared for properly. The office setup can be like that, too. But if you give it a chance, you might enjoy interacting with people in person once again. INQ