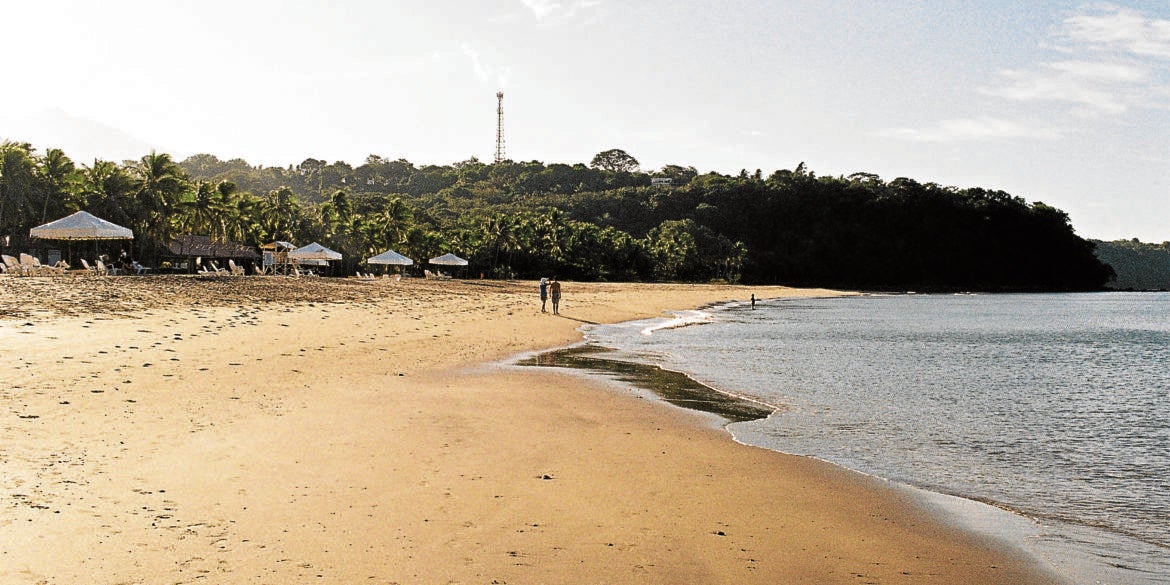 The shoreline berm, the perfect stretch of land for running —PHOTOS BY PANCHO PARIAN

Movement such as walking or running is a huge part of our lives. With walking, we do it every single day to get from point A to point B, up and down the stairs, you get the idea.

Because I’ve been active in sports throughout my life, running was routine in my younger years—playing tag or agawan base with classmates, running around the court to prepare for training with the basketball varsity team or just straight out sprinting.

For many, however, running has become a thing of the past. But seeing triathletes train whether at the local commercial complex or competing in international events on TV, you start thinking, “I wish I could do that.”

I’ve always wanted to get into running as a sport. But I’ve always shrugged off the idea, especially since I now have all these responsibilities. Making time to do it felt almost impossible. But, as they say, if there’s a will, there’s always a way.

I was given a fairly new pair of running shoes by my tito who didn’t find them comfortable. There’s always a good feeling about new shoes that make you excited to use them. And that’s what I did during our family vacation. I used it the way it was built to be used.

On my first run attempt, I woke up at 5 a.m., opened my tracking app, and just went for it in the dark, with a small flashlight for me to see the path ahead. About 500 meters in, I was struggling to catch my breath due to the cool temperature. I was not used to the condition at all and neither was my body.

After that first attempt, all I was able to cover about 3.6 km in 28 minutes. I took a short break every 500 meters.

Running along the shoreline

Running along the shoreline berm, where the waves lose their momentum before rolling back to sea, is the most comfortable strip of land to run on, I discovered.

I tried running on sand, but it was just too loose and I worried it might cause unwanted injuries. Running on pavement is a bit okay, but I found it to be more exhausting since every step you take makes your feet receive more of the impact of your weight. On the shoreline, the energy and weight is distributed and absorbed by the soft ground.

On my second day, my goal was 5 km. Learning from my mistake the previous day, I got up a bit later, at about 5:45 a.m. It was just perfect. The weather was nice, everything was calm, the sounds of the waves crashing in the distance provided comfort while I watched a bird look for its morning meal.

Being in that moment was really cool and refreshing. And I felt good about myself on that second attempt. I was able to cover 5.15 km of ground in 31 minutes. It wasn’t bad at all considering that running was new to me.

I now realize that I need to do more work to keep myself fit. With all the technology we have, we more often than not choose to do something comfortable rather than “torture” ourselves by doing outdoor activities.

But I think that passion is a very important to drive. Sitting on the couch all day isn’t going to make you achieve your goal. With a tight schedule, you really just have to commit to whatever you are doing.

It’s a real struggle to find inspiration to start something. But we shouldn’t be afraid to take the first step. Dreaming alone wouldn’t fulfill you—you have to make the move.

With running, your mind becomes focused on the task at hand. And I find it therapeutic with everything that has been going on.

Every opportunity I get, I do whatever it is I want to do, whether it’s to ride my bike, take a walk or go for a run. It is important to invest in your own mental and physical well-being. After all, we’re in charge of who and how we want to be. So do something meaningful for you. Do it for you. —CONTRIBUTED INQ

The author is a BA Communication student at Far Eastern University and is the chief photographer of the FEU Advocate.