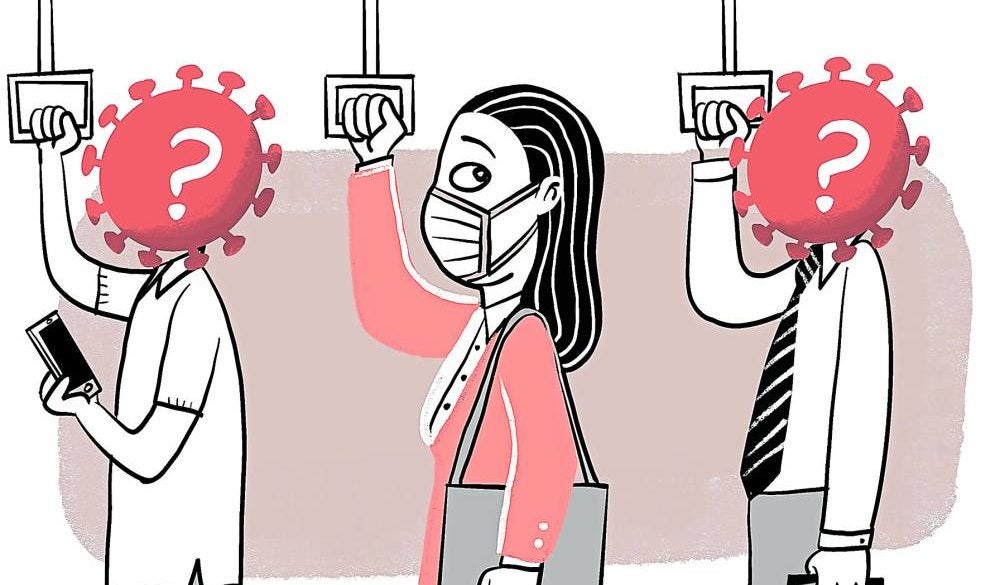 Having back-to-office jitters? You’re not alone

One of the joys of working from home is rolling out of bed, brewing a cup of coffee and reporting straight to work in pambahay (house clothes). There’s no need to wake up at an ungodly hour just to pick a suitable outfit for work, apply makeup and hop on a jam-packed train.

“The best thing is waking up in the morning and being able to start working in my PJs without having to go through the horrors of an Edsa commute,” said Irish Cayetano, who started telecommuting in March 2020, the first week of lockdown.

The 30-year-old airline employee added that working from home entailed a lot of pros: being able to spend more time with her family, eating healthy food, and cutting rent and travel expenses. And like many people who suddenly found themselves working from home, Cayetano started working out and taking care of plants.

Two years later, many employees are once again navigating through changing working environments. With more people getting vaccinated against COVID-19, cases dropping and health restrictions easing, many companies have started implementing a hybrid work setup, where employees physically report to the office on some days and do remote work the rest of the week.

“Hybrid work, as we call it, is here to stay. This trend is likely to continue in 2022 as the pandemic situation has normalized this way of work. Although approaches may vary, many businesses will retain this element of remote work,” Mercer Philippines CEO Teng Alday told Lifestyle in an email interview.

Cayetano herself has been required to report in person at least once a week since COVID-19 cases lowered.

Hybrid work has also been implemented at Ferdinand Bautista Jr.’s office, although the approach is different.

The utilization nurse’s current rotation requires him to spend one week per month at the office. He’s allowed to work remotely during the remaining weeks.

This current work setup is a good balance, he said, as he gets to work from the comforts of his home most days. When he’s feeling cooped up, he has the option to work at the office.

“There are times that the work-from-home (WFH) setup is OK, but sometimes you get to the point where you miss socializing and playing ‘Marites’ (gossiping) with your workmates during coffee break,” the 28-year-old said.

At the beginning of the WFH setup in 2020, a Bloomberg report said that employers saw an increase in productivity among its employees. It was quite the opposite of what human resources worried about—that their unmonitored employees would focus on other things but work.

A 2021 Flexible Working study of Mercer revealed that nearly eight in 10 employers said that productivity remained the same, while 16 percent reported improvement. Only 6 percent of respondents said that workforce productivity dropped, while three in four companies said that they could not monitor efficiency in the remote work setup.

Jaries Villavicencio, 29, said that he was initially worried that working from home would affect his output as he’s easily distracted. But he was able to properly focus and manage his time while telecommuting.

Joshua Abaygar, 32, said that the WFH setup gave him the freedom to work according to his schedule, as his job began assessing productivity through output evaluation.

However, working from home also had disadvantages among workers.

“After a couple of months, the WFH setup led to burnout. With everything you need to work being within arm’s reach, people forget that you need rest, too. Being on leave became no different from actual workdays,” said Cayetano.

She added: “You’d also start to miss being around colleagues, when conversations can happen at the spur of the moment and need not be scheduled. Since conferences became virtual, you are expected to join regardless of where you are as long as you have an internet connection. I think everybody experienced Zoom fatigue. Having four meetings in a day and still be expected to deliver the same amount of productivity is quite taxing.”

“When WFH you feel like you’re really productive, but at the same time, you don’t realize that you’re already way beyond your working hours,” he told Lifestyle.

A healthy balance between WFH and in-person reporting would be ideal, according to some of the young professionals who spoke to Lifestyle.

Abaygar, a technical specialist whose work is in line with planning, noted that there were aspects of working from home that he would like to retain.

“I’d like to try a hybrid setup because I sincerely think it would bring the best of both worlds when one could take a rest from one setup when you go to the other,” he said, adding that 70 percent WFH and 30 percent in-office would be ideal.

Mercer’s Alday said that employers should take the time to listen to their workforce when recalibrating the workplace as nearly two years of telecommuting has created new working patterns.

“Location impacts job productivity differently. Employees should also be involved in those decisions whenever possible, as they may be in the best position to determine where they are most productive,” she said.

Employers should also take the opportunity to redesign the office, to “maximize its benefits and elevate the in-person experience.”

“If employees return to the office and find themselves on conference calls all day, the office environment may feel inconvenient and unnecessary. The result could be frustration and lower productivity, especially for those with lengthy or expensive commutes,” she explained.

Commuting is one of the concerns of employees like Cayetano and Villavicencio.

Cayetano said she prefers either an entirely WFH setup or in-office over hybrid work arrangement, as she lives in the province. She explained that the once-a-week office duty means that renting is not a viable option, while commuting puts her at risk.

“I get anxious about the possibility of getting the virus through commuting,” she added.

Safety is also a concern for Villavicencio, who is both scared and excited at the prospect of returning to the office.

“Scared because I know I’ll be more susceptible to COVID-19, and excited because it will be a whole new environment for me since I haven’t met my coworkers yet. I’m looking forward to talking to people in person,” he said.

But he added that he would prefer a hybrid work setup when proper health protocols are mandated and enforced by the government. He noted that while the company he works for has taken proper steps to mitigate the spread of the virus, physically reporting to work also means having to interact with people beyond the office.

“I also want to feel safe when going outside my house, when I decide to commute and have close contact with people outside,” he said.