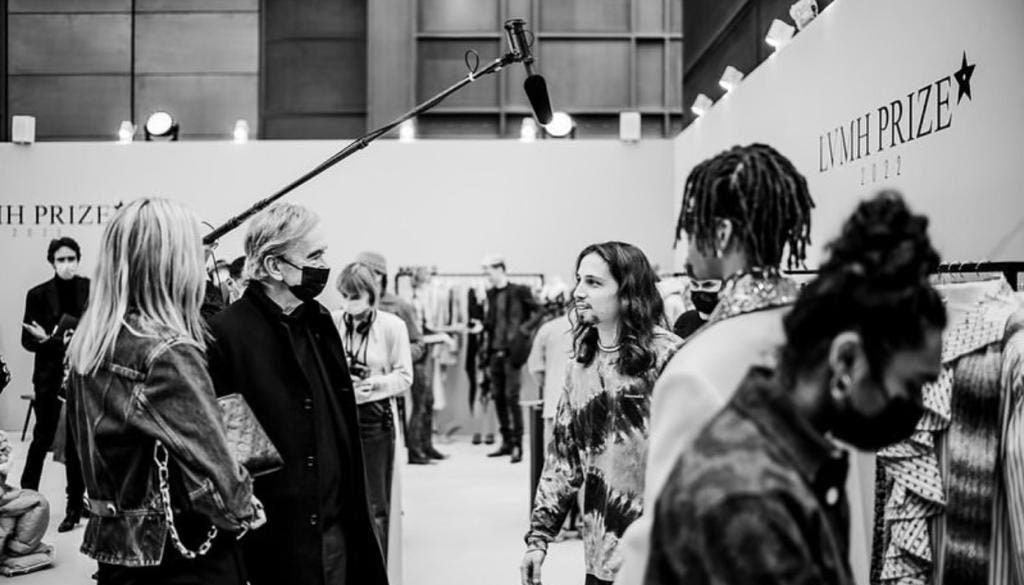 As a semi-finalist, Alvarez is one among only 20 emerging talents chosen to present their designs at the showroom of the Paris headquarters of LVMH. In this step of the prize, about 70 international experts determine who will make it to the finals.

An online vote, open to the public, is also used to determine the finalists. This year, the vote is open until tomorrow Wednesday, March 9.

After the finalists are announced, a jury of fashion’s most important names then chooses the ultimate winner. In previous awards, the jury included legend, Karl Lagerfeld. For the 2021 prize, the jury consisted of designers like the late Virgil Abloh, Jonathan Andersen, Maria Grazia Chiuri, Marc Jacobs, Kim Jones, and Stella McCartney. They were joined by executive vice president of Louis Vuitton Delphine Arnault, advisor to Bernard Arnault and director of corporate sponsorship at LVMH Jean-Paul Claverie, and chairman and chief executive officer of LVMH Fashion Group Sidney Toledano.

Should Alvarez win he will receive a one-year mentorship and endowment from LVMH. This support tailored to their brand’s vision and is offered through a rich pool of resources via LVMH mentor teams in various fields that include sustainable development, and corporate legal aspects. He will also be the first mixed Filipino designer to receive the honor.

Since 2013, the LVMH Prize has launched the careers of today’s trendiest names such as Marinne Serre, Jacquemus, Marques’ Almeida, and Hood by Air.

BLUEMARBLE is a menswear brand founded in 2019. In Alvarez’s designs, you will glean his curiosity over world cultures. He takes on how our differences as people are all interconnected. He melds different influences like streetwear, skate culture, and travel in his designs. Last year, Alvarez paid homage to Siargao for his spring/summer collection.