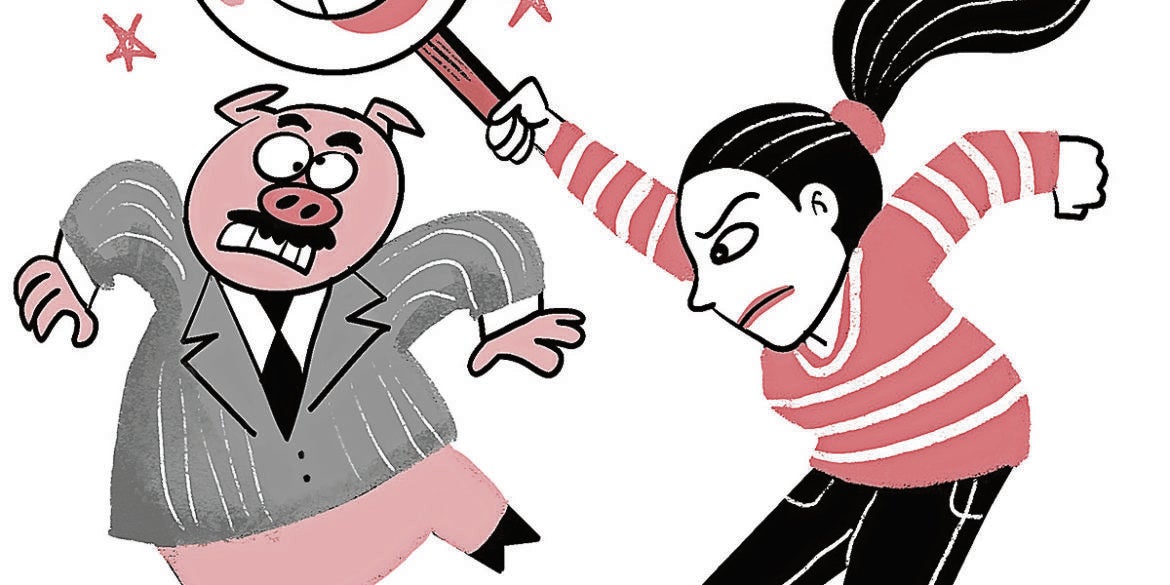 International Women’s Day (IWD) was yesterday, March 8, and this year’s campaign theme is #BreakTheBias. The movement asserts that intentional or not, bias makes it challenging for women to progress.

Recently, I met with all 17 of my children’s teachers at a parent-teacher conference online. It took all morning, but I appreciate how much more efficient it is than doing it live.

I make the time to attend as I gain insights on my kids’ behavior, performance and areas for improvement. I also get to see how well the teachers know my children, and get a sense of how much they care.

In one meeting, my daughter’s teacher said that she should smile more.

Cursed with “resting b—h face” (RBF) myself and hearing that annoying demand/request/suggestion often, I couldn’t believe this female teacher was already asking my 6-year-old to “smile more.”

Actress Anna Kendrick has poked fun at her RBF; she’d think she had a neutral face on but would be accused as angry or unapproachable.

Does my first-grader have RBF, too? I don’t see it; she’s sweet and sassy, yes, but she’s no sourpuss. All her other teachers praised her creativity and leadership qualities, with shades of Hermione. She actively participates in class, is independent and not afraid to ask questions if there’s something she doesn’t understand. A perfectionist, she reportedly stays behind even after classmates have left to ask for more examples. It’s just how she is.

Not wanting to jeopardize my daughter’s position or my now-fragile relationship with this teacher, I just said, “Well, I can’t do anything about that. She smiles when she wants to.”

What I was dying to add was, “Why do you want her to smile? Perhaps she’s not smiling because there’s no reason. Do you tell the boys that they should smile more, too?”

In 2016, Rosa Inocencio Smith wrote a series of articles for The Atlantic on women and smiling, one of which is “The Sexism of Telling Women to Smile.” She wrote about her Grade 8 gym teacher, who decided when she was 13 that she wasn’t smiling enough in his class.

A reader commented, “An angry or serious man evokes an image of passion and determination, whereas with a woman it is seen as a sign of derangement or loss of control.”

Even if I identified more with MTV’s Daria than her bubbly sister Quinn, I was a cheerleader a couple of times. I observed it was the only sport where the athletes had to plaster on big smiles and grin through the pain even as they performed serious stunts (not me, I was just the token hefty one at the bottom of the pyramid).

Of course, smiling isn’t bad, but asking someone to smile won’t make them cheerful. It gets them defensive, being singled out that something’s wrong with them.

In “Why you shouldn’t tell a woman to smile” (USA Today, 2017), Ashley May wrote that during Hillary Clinton’s campaign, lots of men told her she had to smile. The Donald didn’t have to. When I ran independently for a student council position in high school, I was also advised to smile more.

Smiling did not come naturally to this angsty teen, but somehow I won anyway.

Many men see smiling as “subservient, weak and vulnerable.” According to biological anthropologist Helen Fisher, “High-testosterone men do not smile much, and overall use less facial expression. So, telling a woman to smile might be pushing her back into a traditional stereotype.”

I experimented with my Viber profile, using a face-changing app to make myself male. I stopped using emojis that soften the tone of my messages and make myself more likable. People who knew me sometime thought I was mad, even if I gave neutral responses; strangers were more respectful of me.

In 2019, executive coach Marcel Schwantes shared a study in Inc. revealing that telling women they need to smile is bad for business.

“Whatever you do, telling women to smile will always backfire,” he said. “Ambitious women aren’t considered leaders: They are seen as bossy or overly assertive while men who display the same qualities are ‘go-getters’ or highly driven and inspirational candidates for upper management.”

Rather than demand smiles from women, he suggested starting a discussion with a useful topic, such as the latest customer triumph or accomplishment at work.

“With more control over our language, the greater the chance of stimulating a positive work environment,” Schwantes said.

In “Masks are off—which means men will start telling women to ‘Smile!’ again” (The Washington Post, 2021), Ashley Fetters Maloy wrote about how mask-wearing during COVID-19 meant that facial expression had momentarily vanished from women’s list of daily concerns. The break from unwelcome demands for smiles has been freeing, and some women said they would miss that about wearing masks.

Asking a girl to smile says more about your need for affirmation than about the face she’s born with; it prioritizes your need to be comfortable over her freedom to just be. —CONTRIBUTED INQ