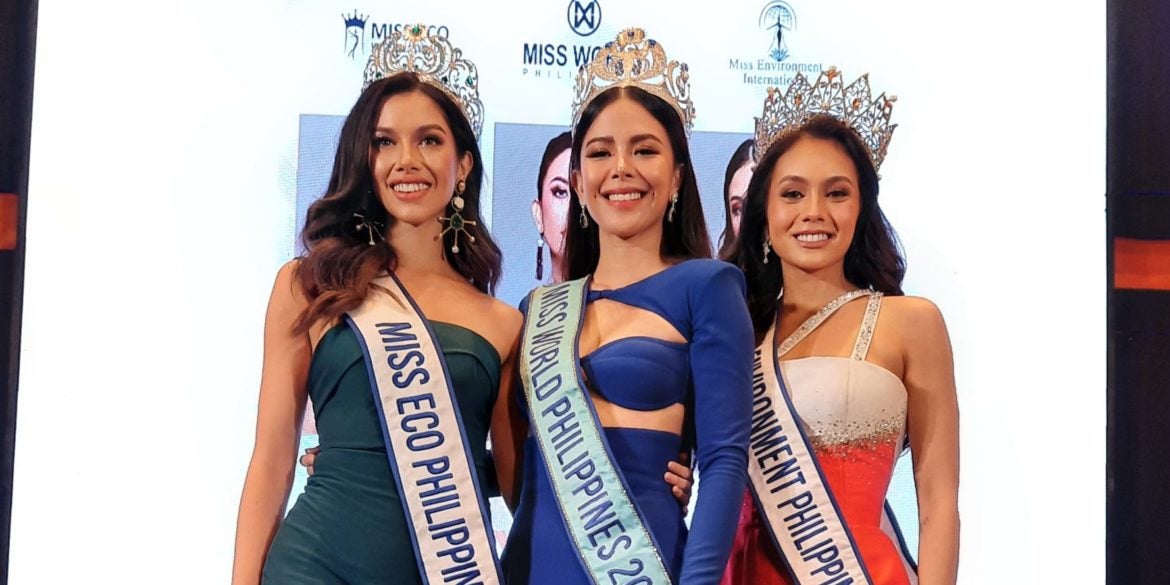 Miss World PH to crown ‘exceptionally empowered Filipinas’ on May 29

MANILA, Philippines—The Miss World Philippines Organization (MWP) kicked off its 2022 pageant season with a rebranding, presenting a revitalized slogan “Exceptionally Empowered Filipina” that will guide its selection for the new queens who will be crowned on May 29.

When the Inquirer asked about their thoughts on the pageant’s new slogan, Perez immediately said she loves it, and believes she already embodies the contest’s new battle cry.

“I carry the Philippine sash with me, not just the hopes and dreams of Cebu City, but of every single Filipino, and every child who wants to be someone in the future. I’d like to be that constant reminder for them that if you keep moving despite whatever is happening today, no matter the struggles we experience in our lives, as long as we keep believing, as long as we keep working for our dreams, then we will make it,” she said.

This is Perez’s second send-off.

She already received well wishes last year before she flew to Puerto Rico for the 70th Miss World pageant. But the global competition was abruptly halted the morning of finals day because several contestants and staff members contracted COVID-19.

The Caribbean territory will once again welcome the contest’s delegates, but only the Top 40 qualifiers this time, this month.

Paton, for her part, considers herself empowered “because of all the previous women in the world who has conquered battles fought, and grew over obstacles that was left behind because of past histories.”

The Aklan-born Australian-Filipino beauty said she hopes to continue the legacy left by those before her, and in turn leave a legacy of her own to inspire future generations.

Arceo, the youngest of the lot, looked back on her “extremely difficult” journey.

“Every time I’ve fallen I’ve gotten right back up. I gained more courage. I’ve learned more about the world and myself and I’ve been able to speak out on all things that I disagree on or that I am passionate about. And I think that’s what makes me empowered,” she explained.

The three are all hoping to bring home international crowns from their respective global competitions.

Perez is attempting a second Miss World win for the Philippines Puerto Rico on March 16 (March 17 in Manila). Megan Young became the first Filipino woman to snag the “blue crown” in 2013.

Paton is also eyeing the Philippines second win in the Miss Eco International pageant, after Cynthia Thomalla’s triumph in 2018. Her competition will be in Egypt, also on March 16 (March 17 in Manila).

Arceo will participate in the Miss Environment International’s inaugural edition on April 2 in India.