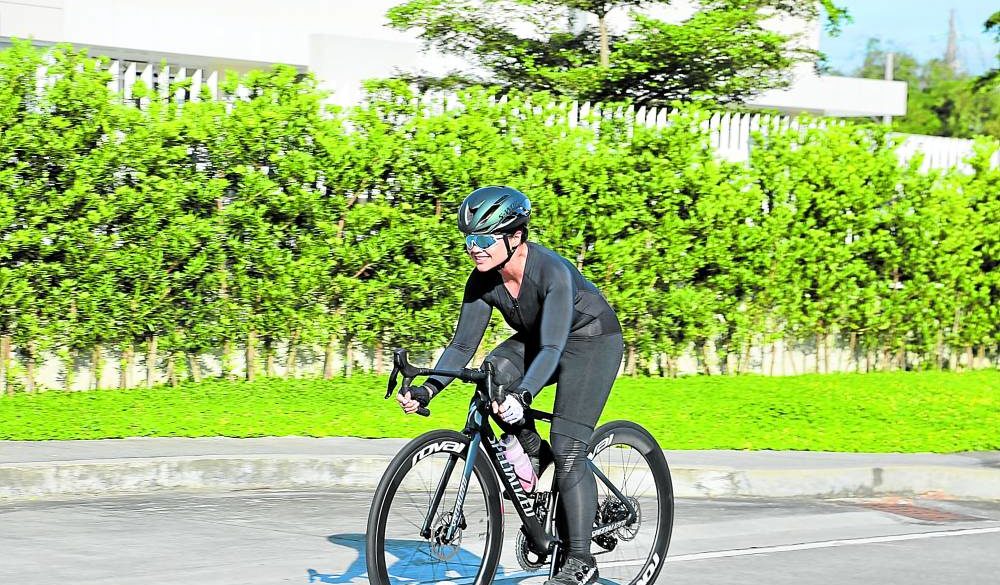 Biking, swimming and running: Nesrin Cali trains for her first triathlon in May.

Only in her mid-30s, lawyer Nesrin “Nessie” Cali has achieved much in a relatively short time. From 2011 to 2015, she was chief of staff of the commissioner of the Energy Regulation Commission, and before her current post as Election Officer IV of the Commission on Elections (Comelec), she was legal head of the Comelec’s office of the chair (2015-2018).

She works 12-hour days but still manages to indulge in interests outside work. While taking up law at the University of Santo Tomas, she and several classmates started a band they called Echolalia, and continue to meet up and play at gigs when their schedules permit.

“We’re all professionals now but on some Sundays when everyone is free, we get together and jam,” Cali told Lifestyle in an online interview.

The band, however, is not her only nonwork-related activity. She regularly bikes with coach Dan Brown, does laps under the watchful eye of her swimming coach, and runs solo at dawn in her neighborhood or with a group in Alabang that trains under running coach Ken Mendola.

Running in the family

“My goal is to join a triathlon because it’s something I’ve always wanted to do. I’m set to join the one in Subic (NTT AST Subic Bay International Triathlon 2022) that was postponed twice due to the pandemic, but which has been rescheduled for May 1,” Cali said.

While she might come across as a serious athlete, she said she wasn’t much into school sports as a child. What she did, however, was play with her nine siblings—seven girls, two boys—everything from soccer to basketball at home. It made her competitive but as the seventh of 10 kids, she doesn’t recall feeling neglected or passed over when she was growing up.

“Our parents did a pretty good job trying to balance things, giving each of us their time and attention. It must have helped that we each had different talents which gave us our individual identities. One of my sisters is good at painting, while my talent is music. I play the piano and the guitar, and I also sing,” she said.

Once she conquers her first triathlon, Cali will also be a triathlete.

In her previous job as the legal head (Attorney IV) at the Comelec’s office of the chair, her duties were many and included handling the overall case management of the office of the chair and of the commission en banc; drafting and reviewing decisions and orders in all cases elevated to the commission en banc; writing speeches, external and internal letters, and memoranda for the chair; and preparing legal memoranda and opinions, among others.

Cali’s workload has probably increased but she still finds time to train for the marathon and meet up with her band members. How does she do it all and still look fresh-faced as she recently did for our 6:30 p.m. interview? The short answer is proper time management.

Cali is determined to do her job well but also be able to indulge in her own hobbies and interests. To do that, she’s in bed between 9 and 10 p.m. so she can be up at 3 a.m. every single day. The first hour of her day is hers alone.

“I get to pray, drink my coffee, have a light breakfast. I know everyone else is still in bed and there are no texts or email messages I have to deal with at that time. Only then do I put on my running gear, and strap on my watch so Coach Ken can monitor my progress. In the middle of the day, I sometimes sneak in another run, while other days are spent biking or swimming.” 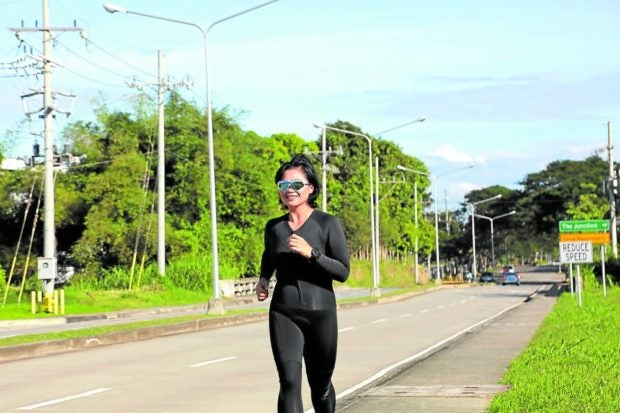 She recalled how during one recent weekday run, she had to go straight to the venue in her running clothes because the Comelec was implementing its “Operation Baklas,” where they took down and dismantled oversized campaign paraphernalia.

Doesn’t she get tired with her jam-packed days?

“Some people say that exercise tires them out but for me I feel energized. I feel like my mind is more awake,” Cali said.