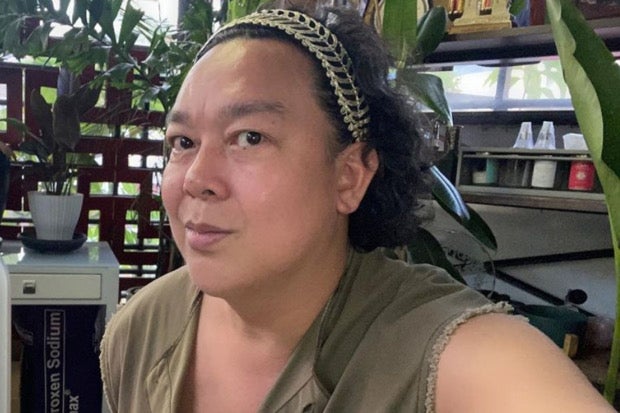 John Lapus opens up about repetitive behavior during manic depression

Comedian John Lapus has had many heartaches in the past. He even went to a psychiatrist for treatment. What surprised him after his diagnosis is his doctor’s advice: to pray.

Actually, the doctor’s diagnosis on me was repetition due to manic depression. You share the story with your friends over and over again, not knowing that you’ve shared it just 30 minutes ago, [or] yesterday, [or] the other day.)

Lapus sad that this was normal for those who have not yet moved on from a failed relationship.

“Gagawin mo talaga kapag masamang-masama ang loob mo,” he said. (You will really do it if you feel terrible.)

Lapus shared how his best friend, Eugene Domingo, came to his rescue. She invited him to a coffee shop, but instead they ended up knocking on a house unfamiliar to him.  It didn’t occur to him that it was the house of a psychiatrist.

“Nag-park siya sa isang bahay (She parked outside a house) and she starts being teary-eyed. She told me right then and there na ‘kailangan mo ng tulong kasi paulit-ulit ka (that I need help because I am already being repetitive). Bayad ko na ‘yan (I already paid for it), that’s 12 sessions. So, please attend,’” Lapus recalled.

On the eighth session, the comedian felt he was already healed so he stopped attending it.

During the sessions, Lapus discovered that there was more to science in the treatment.

“And surprisingly, kahit ang mga (even the) psychiatrist, ‘di ba akala natin (we thought that) they are more of science, more on the body, the mind. My psychiatrist actually told me to pray. I think that’s the number one thing,” he pointed out, and he could only agree.

(We keep on giving drama to our friends, we are so mad at our exes, we want to move on. Women go to the beauty parlor, men drink, and gays have sex. The formula or gays are extreme. We sometimes forget to pray.)

Maris Racal on how heartbreak leads to songwriting, and shouldn’t take more than 3 days of crying