Regardless of who wins, we as individuals need to create change | Inquirer Lifestyle ❮ ❯ 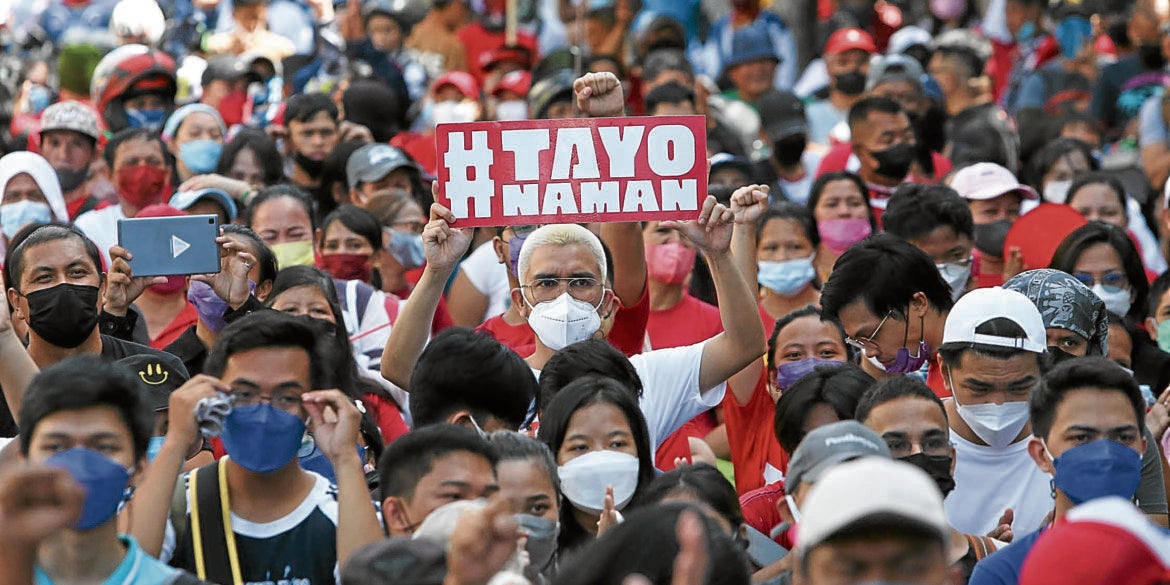 May 1 2022 A protester holds up a placard during a Labor day rally in Sampaloc, Manila on sunday. INQUIRER/ MARIANNE BERMUDEZ

Regardless of who wins, we as individuals need to create change

Without a doubt, after the May 9 elections, there will be a seismic shift in the country’s political landscape. Regardless of who wins, I feel that Filipinos will celebrate too early, when there is still so much work to do. As the campaign season comes to a close, we need a better mindset on what the country needs. We need to help out as well.

In the past administrations, there was always a cycle of hate and love for the elected leader. We express love and admiration for the president-elect at the victory party, but that soon disintegrates to hatred and loathing once a mistake is made.

It is not wrong to criticize the government for their errors, especially if there is proof of wrongdoing. However, with over a hundred million Filipinos, it is just impossible for one person to satisfy all of us throughout a president’s six-year term.

This is not to say that we should not elect a good president. With over half of the electorate made up of millennials and Gen Z, we play a big role in the May 9 elections. Despite the surge in youth volunteerism, I fear that the excessive celebrations for the winning candidate will make us forget about the problems that we’re facing.

The never-ending focus has always been on winning while long-term strategies in fixing the country’s problems are being forgotten.

Symbolic statements on our social media feeds, like changing our profile picture frame in support of our candidate, is not ideal. Not that it is wrong, but there should be more attention in improving oneself, as that is something that will help lead our country to the promised land.

As individuals, we have to create that change ourselves, regardless of who wins in the elections. It is something that we can control. To wait for the day when all of your candidates win is a recipe for disaster. Creating change despite the hurdles is the way to make our country a better place for all. —CONTRIBUTED