Filipino novelist Gina Apostol has been selected as one of four fellows in literature of the prestigious Rome Prize.

The Rome Prize is given in 11 disciplines by American Academy in Rome, the United States’ oldest overseas institution supporting innovative and cross-disciplinary work in the arts and humanities.

Apostol will be given a stipend, workspace, and room and board at the academy’s campus in Rome, Villa Aurelia, originally built for Cardinal Girolamo Farnese around 1650. American Academy in Rome was founded in 1893 at the World’s Columbian Exhibition.

“I feel extremely lucky,” Apostol told Lifestyle via email from New York. “It means a lot because I need to be in Rome in order to write my novel on Juan Luna’s wife Paz. I need to be in Paris, in Rome, in Venice, and maybe Vienna and Japan. I will be in Paris and Venice this summer—and I am so glad not to have to pay to be in Rome for six months!”

She remembers precisely what her pitch was: “My understanding is that the jury read my proposal on Paz’s life, and when they chose me as a finalist, they also all read ‘Insurrecto.’

“What I told the jury was that books about the Philippines on the world stage are important because the country’s history is significant world-historically and yet generally unseen—our radical history, for me, is a significant part of the world’s radical history.

“But my proposal for the prize was about Paz Pardo de Tavera, whom Juan Luna murdered in Paris in 1892, along with his mother-in-law, Paz’s mom Juliana Gorricho. It’s about looking at women within a radical movement—how are women perceived, treated and understood? So it interrogates class and race and gender in revolutionary times. To be honest, Freud is also in it, but I did not mention that to the jury—too complicated.

“You know me, my books are spirals. But this book should mainly be a domestic drama—it’s a drama really of domestic abuse. But the domestic abuser is a national hero. It’s a huge conundrum for me because I admire Luna very much as an artist. The book is currently called ‘The Treatment of Paz.’

“Personally, what this prize means to me is a lot of time to just devote to this complicated novel—I have barely only begun research. I look forward to that very much. Working on a novel full time will be the best part of being in Rome.” 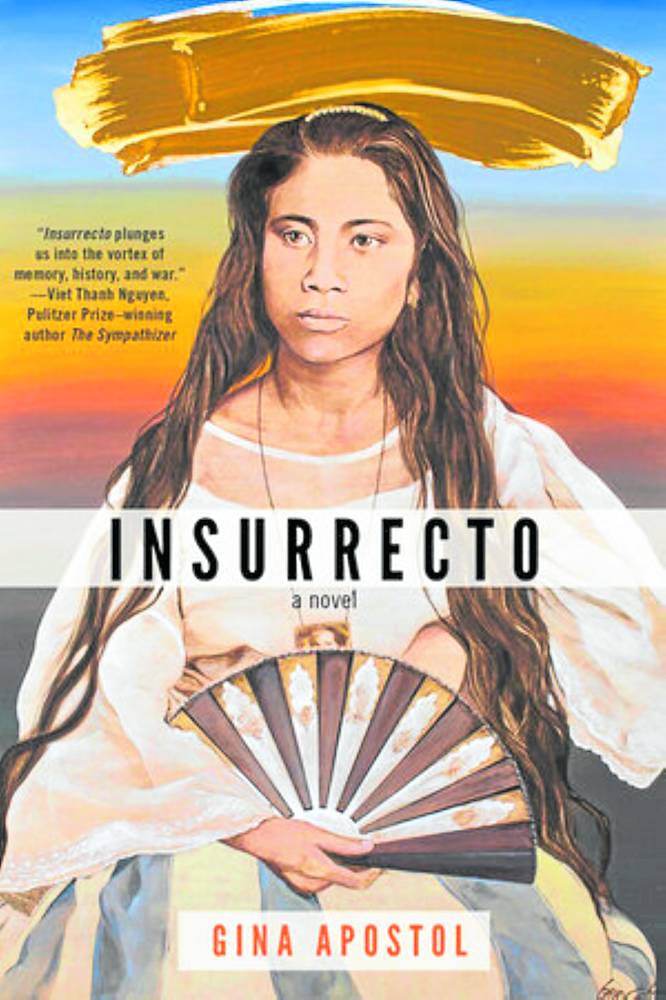 It’s not a strict requirement, though. “I’m not required to produce anything in particular—because nothing can be guaranteed really with art, I think. I am to use my time in Rome to work on whatever project I proposed—but they do not require any specific product,” she said.

“Operationally, they give me a room, meals, a stipend, and a community of scholars and artists—we’re 35 fellows in all, though only four of us are writers. We have to be communal and work only on our books—to have no other job. I think it will be great to be in a space where not only all of these wonderful writers have done their work—Ralph Ellison, Nadine Gordimer, William Styron, Lysley Tenorio and Jessica Hagedorn—but also artists such as the composer Aaron Copland, or the architect Louis Kahn. I look forward to being in a living, breathing space of art.” 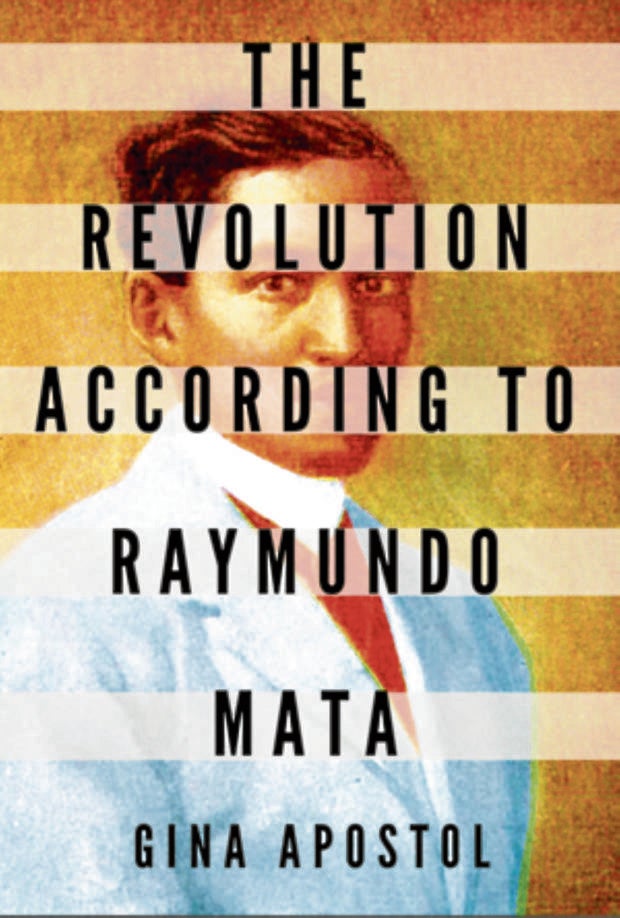 Apostol holds a degree from the University of the Philippines Diliman and another from Johns Hopkins University, and is the author of darkly experimental novels such as “Bibliolepsy,” “The Revolution According to Raymundo Mata” and “Gun Dealers’ Daughter.”

“Gun Dealers’ Daughter” was her US debut, published by W.W. Norton & Co., and received the prestigious PEN Open/Book Award. She had also undergone surgery and chemotherapy to beat breast cancer and looked on in horror as Supertyphoon “Yolanda” (international name: Haiyan) leveled Tacloban, where she grew up.

Her first novel with New York’s Soho Press was “Insurrecto,” in which an American filmmaker and a Filipino translator journey to Balangiga to make “Insurrecto,” a film about the infamous Balangiga massacre—but they don’t see eye to eye, and soon write conflicting scripts.

“Insurrecto” received rapturous reviews for Apostol’s experimental and excellent prose. Soho’s US release of “Raymundo Mata” received similar praise, and “Bibliolepsy” has just been released. In a way, the US audience is reading Apostol in reverse—except she has new work coming up. 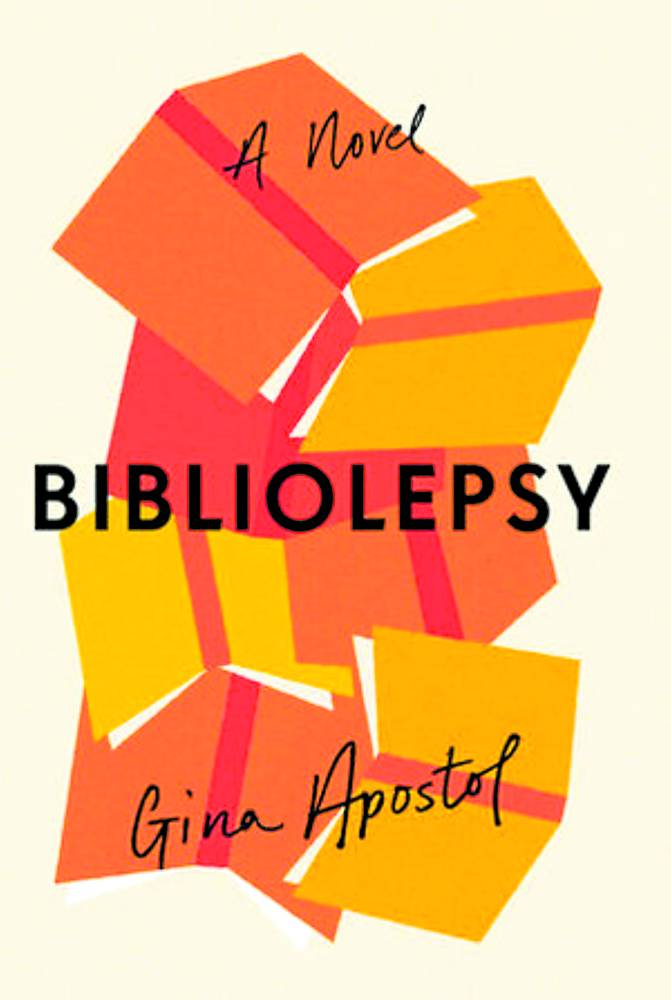 She has not forgotten her civic duty, of course. As a dual citizen and an overseas absentee voter, she states she’s already cast her vote for the May 9 elections. “I follow the election very closely,” she said. “I read about the polls with huge dread though also with constant, deeply troubling questions about how we got here, and while I do not yet have a fixed answer in my mind, I also understand that it is a question that maybe I can only resolve for myself in a novel—that’s how I think things through.”

She’s busy with other things, as well. “I will be working on the edits for a novel I finished during the pandemic—I have a finished draft, Soho has bought it, and it will be out in January 2023—a few weeks before I leave for Rome, actually.

“When I chose my months to go, I forgot I had a novel coming out, oh well. It’s called ‘La Tercera.’ It was initially about two brothers in the revolution, one an American collaborator, the other a katipunero who ends up in Leyte.

“Originally I called it ‘William McKinley’s World.’ But in the end, the novel turned out to be about my mom! Mainly, I just wrote about my mom during the pandemic. It was very therapeutic. I’ve never written directly about my own life. And all I did in this novel was put together all these stories I’ve long been telling about my mom—a very different kind of novel and very weird, for me. It just wrote itself.” 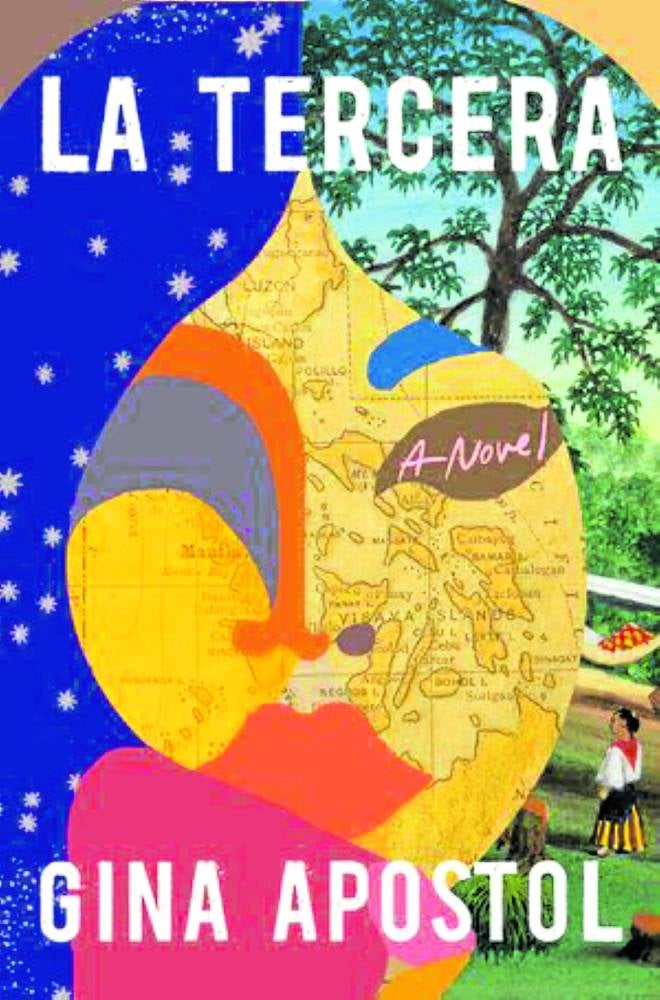 She’ll be taking time off from her job teaching in the Department of English at Ethical Culture Fieldston School, but she is looking forward to all that she can do in Rome.

“I hope to really get a handle on how to write ‘The Treatment of Paz,’” she said.

“In Rome I wish to imagine what it was like for Luna to make the ‘Spoliarium’—to know Luna’s Rome like the back of my hand. Which means traveling around it, knowing its streets, its everyday rhythms, and so on. So I will be in Rome to imagine how Luna lived there, how he became an artist—and by doing that I hope to jump-start this novel.

“It’s a tragic city also in terms of Paz’s life: I imagine it as the one place where they had at first been happy. It’s significant to me that it’s to Rome—and Venice—that Luna took Paz on their honeymoon, and at the time they did not know what their future was. Their future was only gloriously before them when they were in Rome. So that is what I’ll be thinking about: something more happy rather than murderous, I hope. As well as figuring out where to eat the best carbonara.”