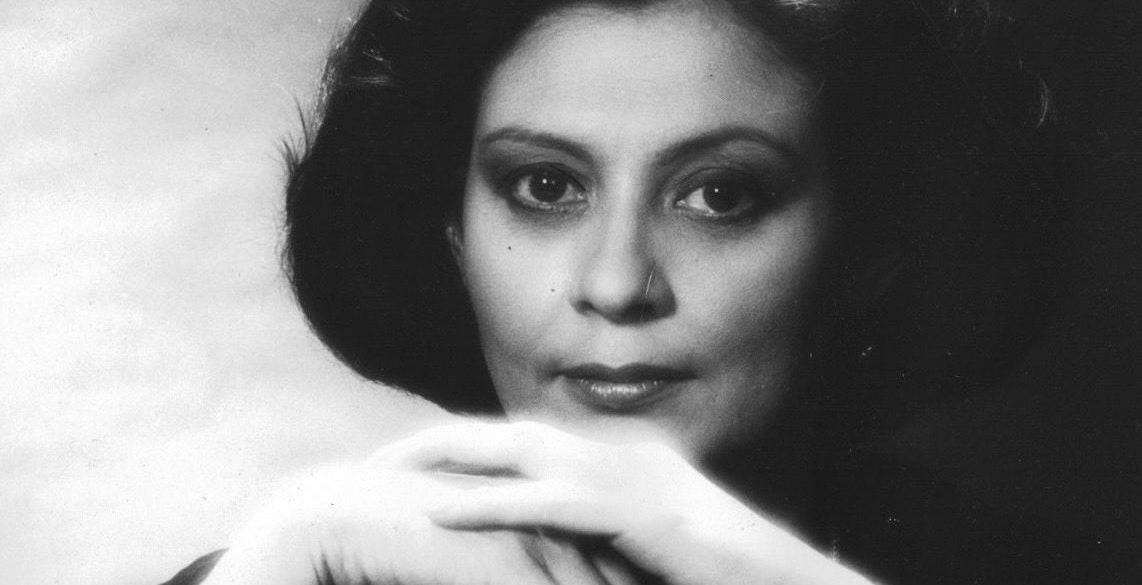 Mom, we need to talk

My mother, Ninez Cacho-Olivares, a journalist and a newspaper publisher much admired for her fearless opposition to the Marcos regime passed away suddenly just over two years ago. In Barcelona now where I’m registered as an overseas voter, my Spanish cousins tell me that they see so much of my mother in me, in the way I talk, the expressions on my face, and the gestures I make with my hands. They marvel at the fearlessness with which I speak to voters outside the Philippine Consulate along Rambla Catalunya, asking them why they cast their vote for the candidate they did.

I suppose in many ways I am so much like her, but it pains me to think that we would not have voted for the same presidential candidate, not even with democracy in the Philippines quite terrifyingly in the balance.

She would probably think I was being overly dramatic. Her complacency would perhaps surprise many.

After all, this was a woman who had stared down dictators, given the finger, metaphorically or otherwise, to overbearing and corrupt government officials, called the Speaker of the House “Your Honorable Shit,” among other choice sobriquets.  And yet she managed to put out her newspaper and wrote her column, day in and day out, penning at first clever fables, then later, scathing diatribes against the shameless and the powerful, beginning with Ferdinand Marcos and his wife Imelda in the early 80s. The threat of censorship or the prospect of arrest never once made her flinch, not even on television, in full view of the entire nation, when, as a newscaster on Channel 9’s NewsWatch, she would smirk or roll her eyes as she read out some ridiculous piece of propaganda released by the Marcos government off the cue cards.

So how did this fighter for press freedom, this relentless critic of authoritarianism, this icon of journalistic fearlessness who joined the millions who marched along EDSA in 1986, do a stunning about-face and become so beloved by those whose attitude towards democracy could be described as cavalier, if not downright dismissive?

While we were united, ideologically speaking, in our opposition to Marcos, and later Arroyo during her presidency, from the time she supported Erap, we diverged politically. And her support for Rodrigo Duterte and his cruel blood-soaked drug war, with its echoes of Marcosian impunity, was deeply disheartening to me.  There was never any point in discussing our separate political beliefs; she would simply label me a “yellow,” which I always thought was ridiculous, for what I was and remain to this day is a liberal and a progressive. Simply put, it was impossible to have a measured conversation about this with her as she would feel attacked, then exasperated, and that would be the end of that.

In fairness, her disillusion with the Aquinos was not without justification, as she had, to a certain extent, been the object of oppression, not to mention a Senate investigation arising from her chairmanship of IBC-13 – which she steered to profitability, by the way – that was completely unwarranted. It wasn’t quite Marcos-level dictatorship tactics, but it was enough to turn her off the “yellows” forever.

And yet… it saddens me that she had the patience to fight for years until the Marcoses were overthrown, and yet she expected the return to democracy under Cory Aquino to be instant and immutable. She of all people should have understood that democracy needs to be constantly nurtured and defended, especially in a country that still bore the profound collective trauma of the martial law years.

So jaded was she that Leni Robredo for her would simply be another “yellow” dressed in pink, and she would mock me relentlessly for supporting a singularly honest, decent, hardworking, and accomplished candidate, someone who truly inspires hope and change we all so desperately look for but rarely find in our leaders.

It’s not such a stretch to assume that my mother would have endorsed with enthusiasm the Marcos-Duterte tandem, along with the ragtag team of senatorial hopefuls on the so-called “UniTeam” slate, which includes Jinggoy Ejercito, the son of her erstwhile best friend Erap, and Juan Ponce-Enrile, a dinosaur in Philippine politics who once switched allegiance from Marcos Sr., paving the way for the People Power revolution of 1986, only to run, 36 years later, with Marcos Jr. And the Machiavellian puppeteer behind this political alliance?  None other than her former nemesis Arroyo. (Alleged) Plunderers, unite!

In the interest of full disclosure, I do know and am friendly with Bongbong Marcos and his wife Liza.  He may not have dictatorial tendencies, as many have insisted, but I don’t believe in government by gaslighting, particularly when the independence of our institutions has been so eroded by President Duterte, and the Marcos legacy of cruelty and corruption has been deliberately sanitized for a gullible generation glued to TikTok and YouTube. And I don’t believe that calls for unity are sincere when calls for accountability are ignored.

And I, I am my mother’s daughter. And so I will speak.