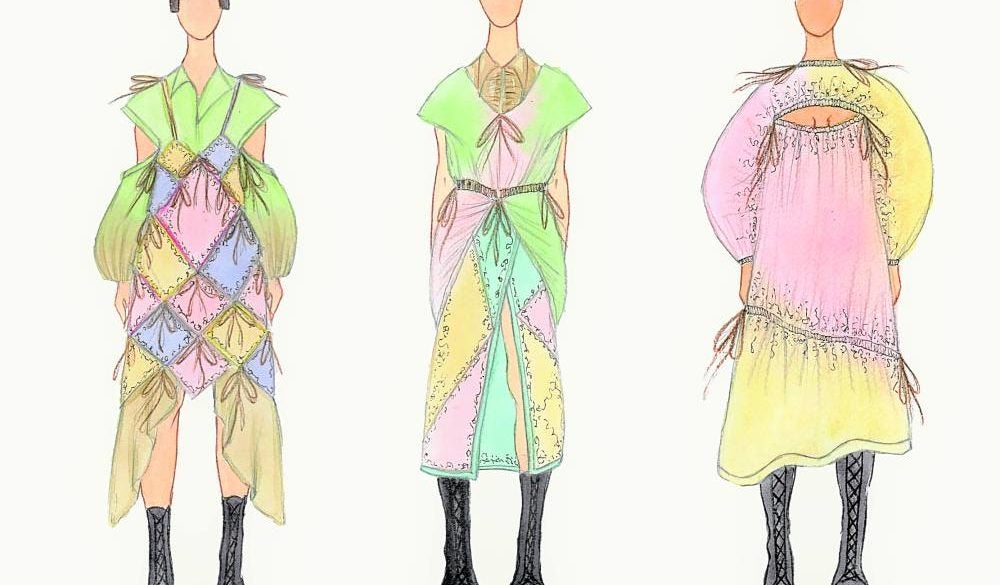 Spearheaded by Redress Asia, a nongovernmental organization and environmental charity that promotes sustainability in the fashion industry, the competition was launched together with the government’s Create Hong Kong or CreateHK, an agency that champions the promotion and development of the creative industries in Hong Kong.

With the goal to transform the global fashion industry, the event opens the eyes of emerging designers to the circular fashion system and its sustainable design theories and techniques. It likewise serves as a platform and rewards promising fashion game changers.

“Bedroom Fairytale: Act 1” is Juson’s 10-piece womenswear line that narrates the life cycle of a garment.

It utilized discarded textiles and secondhand bedsheets, sourced from Juson’s home and thrift shops, as well as quilted cotton commonly used for placemats and aprons.

His inspirations come from childhood memories and his fascination with transformative costumes in theatrical shows and animated feature films.

The series is also Juson’s contribution to reduce waste and lessen the use of raw materials. He even opted for natural dyeing techniques to decrease the overall environmental impact of the production.

“I want my audience to see beyond the glamour and sophistication that fashion can offer. I want them to value the things they already have,” he said.

“It is reinventing the idea of clothing. Its life does not end after being sold; rather, there is a new journey of what it can be in the hands of the end user,” Juson explained.

Those who wish to support Juson advance into the final round may vote through this link: surveymonkey.com/r/QGLRYD6.