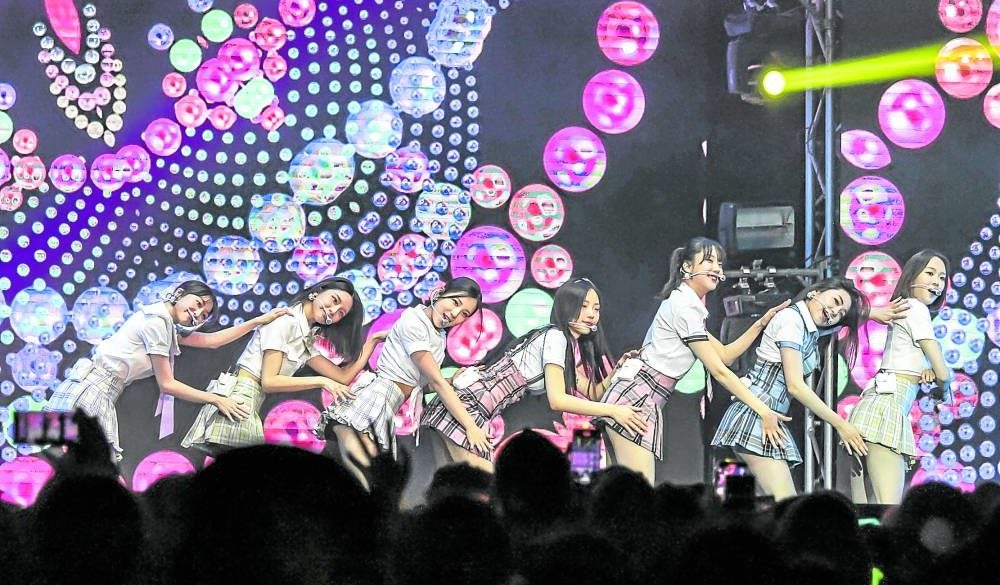 This was how I knew I entered the K-pop zone last Sunday: The cafes near the gates of Araneta Coliseum were full, phone signal was terrible and placards with Korean words were everywhere.

The concert was the first one held in Manila after two years of lockdown. Before the imposed restrictions, Hallyu events were fairly common. Fan meets and concerts were held almost every week. Pinoys were spoiled for choice.

Then there was a drought for two-and-half years. Hence, the title for the concert was very appropriate. “Begin Again” featured four acts namely Alice, WEi, NCT Dream and SHINee’s Key. It signaled the restart of Hallyu events in the country.

It was hard not to get excited as I entered the venue. I went in 30 minutes before the event started. It was enough to buy a bucket of popcorn, say hi to people and get comfortably seated before the show started.

I looked in admiration at the first five rows closest to the stage in the mosh pit. I knew what they had to go through to get there. They made sure they were first to get in the moment gates opened at 3 p.m. Some probably had to run to secure the center spot. They had to stand for four-and-a-half hours without bathroom breaks.

“Leave it to the youngsters, they can manage,” I overheard the group behind me say when the energetic preshow fan chants started.

“NCTzens” (NCT fandom) dominated the crowd, followed by “Shawols” (SHINee fandom). One could easily tell through the light sticks they were carrying. “Meumwonbong” (NCT’s cube lightsticks) and “Shating Stars” (SHINee lightsticks) created a lime and pearl aqua ocean that looked beautiful together.

But the moment Alice opened the stage with “This is Me,” everyone could easily pass off as “BLRIS” (Alice’s fandom). People were screaming and light sticks moved in perfect unison to the beat of the song. It was magical and euphoric. It was freedom from the two-and-a-half years of silence.

The seven-member girl group composed of EJ, Do-A, Chaejeong, Yeonje, Yukyung, Sohee and Karin couldn’t hide their happiness over the warm reception. During their “ment” (a segment where a group introduces themselves and talks to the fans), one of them said that the crowd reaction was very different from their first visit to Manila. They came here in 2019 for the K-pop World Music Festival but they were known then as Elris.

They went on to perform their song “Summer Dream” before they played the pop-up pirate game wherein losers had to dance to BTS’ “Dynamite” and Red Velvet’s “Red Flavor.”

For their final two songs, they performed “Power of Love” and “No Big Deal.”

The idol Kim starred in the series “A Love so Beautiful” and “School 2021.” But the baby-faced idol transformed for the night to match their group’s edgy concept.

They also performed the songs “Bye, Bye, Bye,” “Super Bumpy” and “Too Bad.”

We felt the effect of NCT Dream before they even came onstage. The floor started rumbling, the seated audience got on their feet, everyone was jumping excitedly and the screams were deafening. The NCT subunit said that they missed hearing the loud cheers of the crowd, comparing it to Korean events where nobody shouts.

“We missed this moment,” they said.

The subunit greeted their fans in a lot of Filipino phrases, making NCTzens grow wild. Only five members were able to join the event—Chenle, Jaemin, Jeno, Jisung and Renjun .

They kept saying that they missed their Pinoy fans. They gifted them with a preview of their comeback “Beatbox” before it premiered.

The group performed “Hot Sauce,” “Dive Into You,” “Hello Future” and “Glitch Mode.”

The crowd kept the energy as SHINee’s Key came out and performed “Saturday Night.” The last time he was here, he performed with the rest of the group in 2015. It was his first event in the country without the rest of his group.

But everyone made sure that he felt welcomed and loved. During his first ment, Araneta chanted “Kim-Ki-bum,” Key’s real name. He was so touched that he hugged himself.

“You guys are amazing, I appreciate it so much. Very,” he told the crowd in perfect English.

He didn’t need any translators either to share with his fans TMI (too much information). He told the crowd that he had to take a bath twice, that he had an omelet for lunch and that his hotel was just two minutes away.

Key asked the crowd what song they would like him to sing. The mosh pit shouted “Ring Ding Dong.” The SHINee earworm came out in 2009 and Key couldn’t help but ask the crowd, “How old are you? Even I was 19 when I was in ‘Ring Ding Dong’. I thought you guys were going to ask [for] ‘Don’t Call Me’ or something, but OK.”

“Replay” was the second song request. Key said, “What a taste,” before asking the crowd to sing with him.

His fans laughed because they knew even Key’s whining is part of the service. He’s like this with the rest of SHINee. He complains a lot but does what they ask him to anyway because he loves them.

He also performed “Helium” and “This Life.” Key was in his element. Yes, he’s doing lots of variety shows including “I Live Alone” and “Amazing Saturday” but Key’s strength has always been performing onstage.

He sings “You’re the Reason I Can Breathe” in “Helium.” It’s funny how the last sound we heard from the microphone that night was Key’s heavy breathing after dancing and singing “Bad Love.”

Sixteen songs were performed and it felt like they weren’t enough. Not because the show was lacking. It was more of the feeling that we could party for two more hours.