How to play referee when your kids fight | Inquirer Lifestyle ❮ ❯ 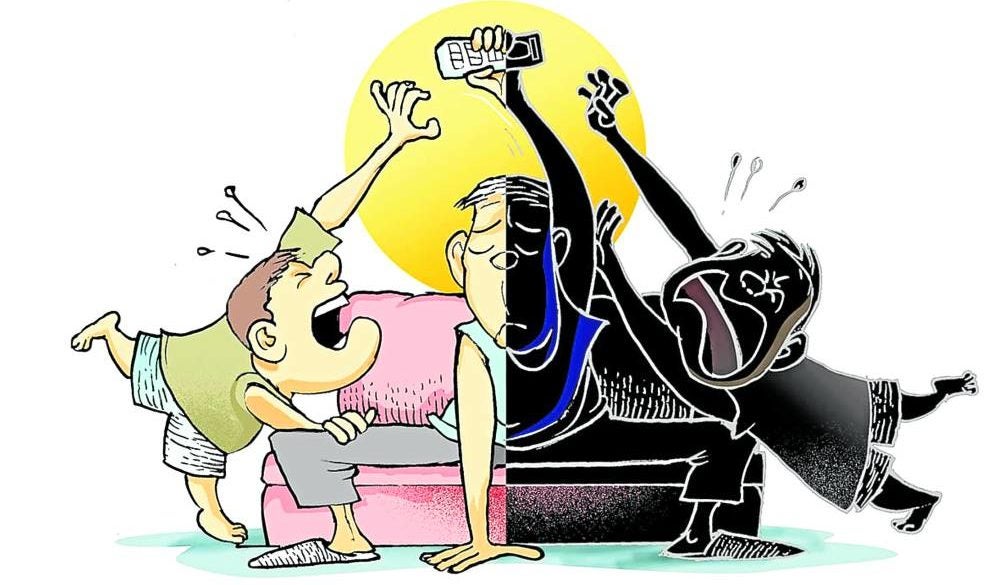 How to play referee when your kids fight

I choose what to watch tonight,” said my 11-year-old Jack.

“No, I get to choose! You chose the last time!” whined my 6-year-old Juno.

“I got the remote first. Also, I finished dinner way before you,” retorted Jack.

Refereeing is not one of my favorite activities, but it was becoming a reluctant pastime when my two rugrats argue about the latest thing that always seems to be a matter of life or death.

Because, of course, their fights happen when I don’t want to be disturbed, I just issue my decree, pass quick judgment and ratify it all in one go. No ifs, ands or buts, or it’s off to the gadget-less gallows with you.

But the firefighting is not sustainable and breeds resentment, as I learned during our nightly postmortems.

So when the 2022 Positive Parenting Conference by A Fine Parent Academy (afineparent.com) started sending emails, I scanned which master classes I had to attend. I wanted to listen to all 14 parenting experts, but I just couldn’t hack it.

This year, though, I like how they added a “quick wins” section after each day’s track of four speakers.

This was a roughly five-minute recap of each hourlong session with an immediately actionable nugget of wisdom as told from a parent’s perspective. So even if I didn’t get to listen to everything, I was able to at least check out the quick wins for the day.

Of all the sessions, I zeroed in on Julie King, author of “How to Talk When Kids Won’t Listen.” She offered some communication tools to settle arguments between kids and how to get them to solve problems themselves.

King shared a time when she picked up her son and her nephew from her sister’s house. The boys were fighting over who got to sit in the front seat. As much as she wanted to just take things into her own hands, she knew her sister was watching and felt the pressure to walk her talk.

“But I’m the guest!” her nephew argued.

“Hmm,” said King. “You both have valid points,” she acknowledged each boy’s position.

Next, she stated the problem. “We have two boys who want the same seat.”

Then, she asked each one, “Why do you want to sit in front?” One wanted to see the road better, while the other wanted control of the music. Then, she asked, “So what can we do?” King waited patiently till the boys came up with the solution: One sits in front while the one at the back plays DJ.

She admitted that it takes practice and patience, but the results are worth it because of the pride and confidence the children feel in resolving their own conflicts.

“Sometimes, they can surprise you with ideas you wouldn’t think of yourself,” King said, telling another story about a boy who was getting upset with his toddler sibling who kept knocking down the blocks he was building.

Their mom was busy cooking dinner and asked, “So what should we do?” The boy suggested playing in his room alone or putting the baby in his playpen. The mom acknowledged each idea but said, “I need to keep an eye on you both so you have to play in the same room. Plus, the baby doesn’t like being in the playpen so he’ll just cry.”

“Then I’ll just be the one in the playpen,” the boy proposed. All the parameters were met, and he got to play in peace.

King’s strategy of acknowledge, frame the problem, ask questions till they arrive at a solution, is simple but effective. I’ve had to be more aware and intentional about losing my old boss mama hat, but the mere act of just asking the right questions has lightened the load somehow.

The pressure of coming up with an answer that they both will like isn’t on me anymore; the burden of brainstorming solutions has been passed on to them, but it’s good training.

They have so far resolved who showers first, who gets to play their music during mealtimes, and who gets to choose what shows to watch on which day. It’s becoming a bit more natural for us, the more we practice the habit of having a win-win mentality. —CONTRIBUTED INQ