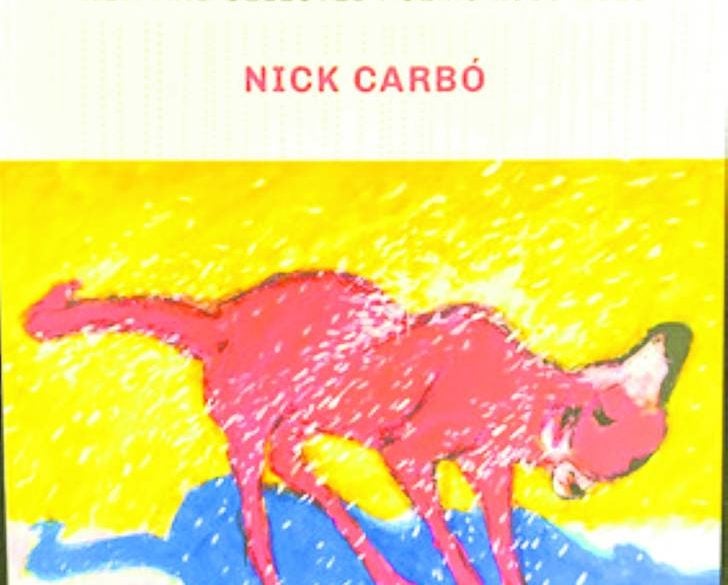 BOOKSHELF: ‘Seventeen Prayers to the Many-Eyed Mother’ by Eliza Victoria In this highly anticipated follow-up to 2012’s “A Bottle of Storm Clouds,” award-winning author Eliza Victoria returns with 17 stories of displacement, disillusionment, desperation and loneliness. In “Seventeen Prayers to the Many-Eyed Mother,” characters seek solace—wittingly or unwittingly—in forces beyond human comprehension. 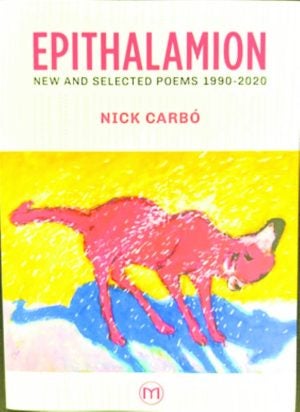 Praised as this generation’s Lorca, Nick Carbó is an original voice. In this new collection of poems, Carbó blends mysticism, tenderness and quiet passion in poems that embrace grief, nostalgia, connection and disconnection. With poignant imagery and lyricism, Carbó’s “Epithalamion” reaches far and wide connecting stories, sentiments and ideas to people’s hearts. ‘Song of Negros: Myth and Culture in the Philippines’ by Dr. Victoria Hoffarth

“Song of Negros: Myth and Culture in the Philippines” contains 15 beautifully illustrated myths, legends and folk tales from the island of Negros and explains the significance of these tales to the culture of the two provinces in particular, and of the Philippines in general. Through these well-written accounts, Hoffarth shows how myths are intimately related to history and religion—from Christianity to Islam, from ancient Greece to Hollywood, from pre-Enlightenment Spain to modern, secular Europe. 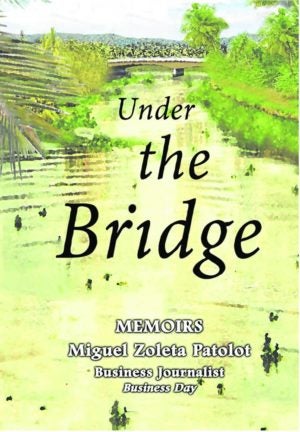 ‘Under the Bridge: Memoirs’ by Miguel Zoleta Patolot

The memoir captures key business and economic events from 1967 to 1982 when Patolot was writing as a reporter for Business Day. Highlights of the book include his coverage of the following assignments: doing business under martial law; the case for oligarchy, land reform, the Laurel Langley Agreement, the Reparations Agreement, the fishery perspectives with China, planning and economic legislation, profiling tycoons of the era, the battered Philippine financial landscape then, among others. It is prefaced by Marites Danguilan Vitug. 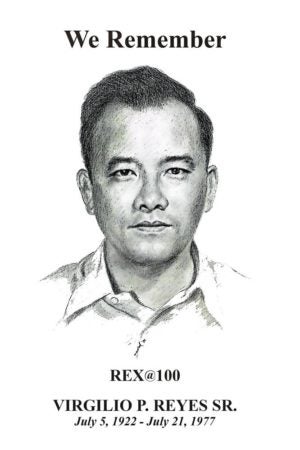 Virgilio Prudente Reyes Sr., also known as Rex Reyes, was press secretary of President Diosdado Macapagal (1963-1964), news editor of Manila Chronicle, and vice president of Great Wall Advertising and Oceanic Fisheries. This year marks the centennial of his birth on July 5, 1922. In his memory, the Reyes family has produced a 100-page book with pictures and texts from his loved ones and friends. It will be launched via Zoom by Bienvenido N. Santos Creative Writing Center of De La Salle University on June 18 at 9 a.m. with a poetry reading featuring Dr. Gémino H. Abad, Krip A. Yuson, Marra Lanot, Paul Philippe Reyes and the editor reading father-themed poems.