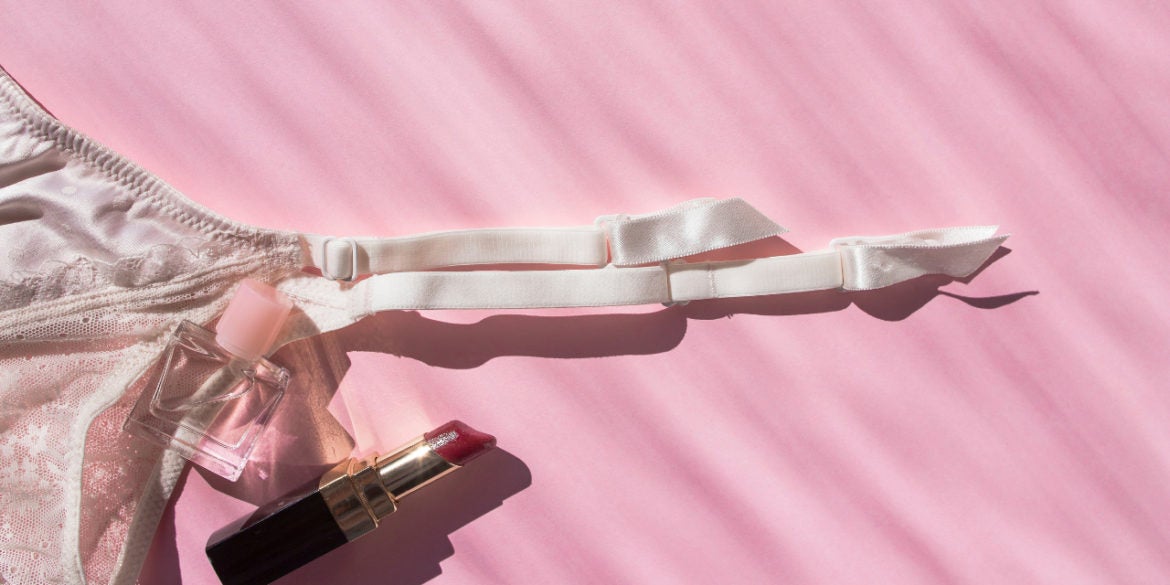 PARIS —Sexy women’s underwear didn’t fare too well during the jogging-bottoms-and-pyjamas phase of the pandemic, but from the red carpet to lingerie shows, ultra-sultry intimate apparel is making a comeback — and is now much more visible.

Rihanna helped set the mood with her radical approach to pregnancy fashion — sporting a transparent babydoll dress over a black thong at the Dior show in Paris this winter.

Or there was Megan Fox’s all-but-invisible Mugler dress over a white thong at last year’s MTV Awards.

Having your undies on display has been tried by the likes of Kim Kardashian, Jennifer Lopez and even fictional fashion icon Carrie Bradshaw on “And Just Like That…”

“It’s a trend that we see a lot in pop culture. Rihanna, Cardi B, Kim Kardashian — they’ve seized on these styles in a very extroverted way and with a real feminist dimension,” Renaud Cambuzat, creative director for Chantelle, told AFP.

Lingerie brand Chantelle was previously associated with comfort above all, but it has joined the trend, launching a new Chantelle X line that prioritises sexiness.

That was the dominant vibe across this year’s International Salon of Lingerie in Paris which concluded on Monday — where many were embracing the new appetite for thongs and transparent designs.

Experts say there has been a shift, however, and that this trend emphasises women wearing lingerie for themselves rather than trying to impress others.

“We are witnessing the return of the scruffy sexuality of the 2000s — styles that refer to the archetype of the objectified woman, but which no longer have the same meaning,” said Benjamin Simmenauer, philosopher and professor at the French Institute of Fashion.

“It is no longer a question of being ordered to seduce, but of a feminist reappropriation of sexualised clothing,” he added.

The return of sexy lingerie marks a course correction after several years of change in the lingerie business, Chantelle’s Cambuzat said.

“Four or five years ago, we were in #MeToo, and there was a desire to move towards something seen as more respectful,” said Cambuzat.

“The #MeToo fight is not completely won but the field has opened up. There are women and brands that have found legitimate ways to reinvest in ultra-sexy styles.”

The change is evident in the way the big brands have embraced greater diversity in their models and advertising.

Victoria’s Secret — which was seen as symbolizing a narrow beauty ideal in the past — has abandoned its slogan “The Perfect Body” and its army of “Angels” in favor of more full-figured models and strong personalities such as footballer Megan Rapinoe.

“We must not confuse #MeToo and puritanism. A woman can also wish to seduce out of her own conviction,” added Samar Vignals, of French lingerie brand Aubade, which has asserted the need for “more audacity” in the post-pandemic moment.

The company, previously known for its monochrome close-ups on bums and breasts, is now running ads that show faces, sometimes staring straight into the lens.

“We talk a lot more about acceptance of our bodies,” she told AFP. “Seduction is a great feminist asset. It allows us to regain control over our body and by extension over our mind.”

Victoria’s Secret is #cancelledt: Support these body-inclusive lingerie brands instead

The world cupped: The inside story of the bra