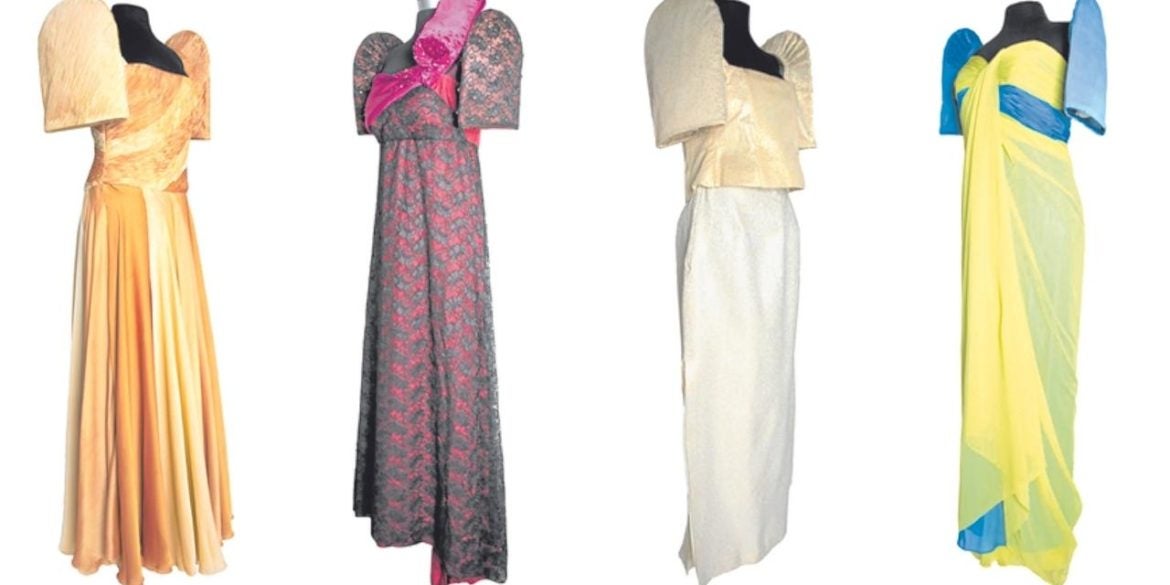 It all began when Ben Farrales’ relative, Cynthia Pendatun, donated some 40 of his ternos and evening gowns to the De La Salle-College of Saint Benilde (DLS-CSB), for the safekeeping and preservation of these artifacts of fashion history.

This led to “[email protected],” an exhibition of ensembles by the Philippine Dean of Fashion, at the College’s Design and Arts Campus.

Among the many visitors was once-upon-a-time model Bambi Lammoglia Harper, accompanied by son Miguel and daughter-in-law Angela. Harper was one of Farrales’ muses during his early years in the industry.

“I was 16 and just out of school when I was thrown into a world of glamorous clothes and exciting benefits organized by Tita Conching Sunico,” Harper recalled.

“But it was a very private, vastly talented young couturier called Benjamin Farrales who stepped in, like Professor Henry Higgins, to teach me how to glide down a ramp or do a sharp turn—and to do it all seemingly effortlessly,” she recalled.

Inspired by the exhibit, Harper donated select Farrales ternos and evening gowns, fabric drapes with unusual color combinations, from her own personal wardrobe, in order for future students to likewise learn from the late fashion giant.

“The range of styles shows the creativity of Farrales as well as the high regard and affection he had for his muse, as they traversed their lives and careers through the years. The colors of the ternos nearly complete the rainbow spectrum, from the deep red of the Indian-style piece to the cool blues and greens of the Grecian draped number,” said Gerry Torres, Center for Campus Art director.

The exhibit runs until Sept. 10, after which the entire collection will be transferred to a permanent site in the DLS-CSB campus.