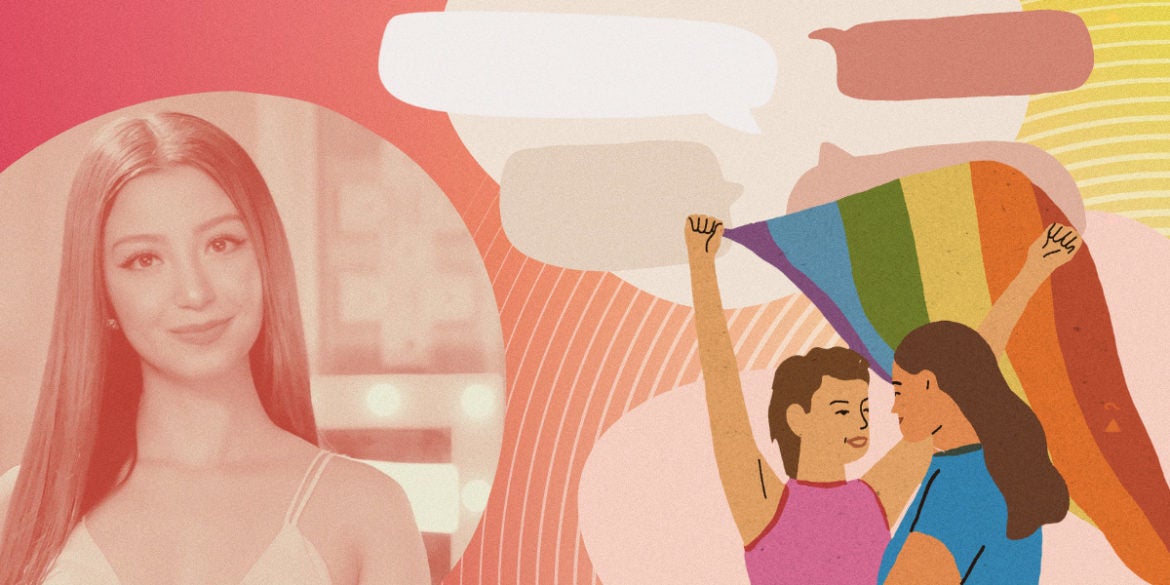 Where are the queer people defending Donnalyn Bartolome? Why are there people from the community joining in the witchhunt and conflating with pedophilia her recent photoshoot where she cosplayed as a sexy baby?

You would think that LGBT+ folks would be the first to come to her defense. Have we become so desperate for acceptance that we’ve all become pick me gays for the cishets, raising our pitchforks and torches against what is evidently an expression of kink?

We must also be clear that pedophiles exist because there are people who are attracted to minors. Recent research even suggests  that pedophilia might be innate (i.e. inborn).

Not all pedophiles abuse children—some actually don’t act on their urges because they know it is wrong. You know who abuses children? Those who want to exercise their power over the helpless.

By saying a baby-themed photoshoot can suddenly turn a person into a child abuser would be tantamount to saying women who wear miniskirts turn good men into rapists. Don’t let abusers off the hook that easily by explaining their behavior in such simplistic terms.

To vilify Donnalyn is to exactly play into the game of respectability politics that the bigots have used to pummel the LGBT+ community into submission. We must never forget how our community has been (and is still being) attacked for our purported sexual deviancy — that our expression of our desires and fantasies is a disorder of some sort.

While drag has somehow achieved mainstream acceptance, this acceptance was won by generations before us who challenged the conservatives and gender fascists on what practices were allowed to exist in society. We can still recall how they pathologized us for subverting their gender expressions, much like they’re doing now.

We must not let the cishets use us as their foot soldiers and pawns to fight for the patriarchy.

Kink has always been part of the queer community. Kink is included in what we’re fighting for whenever we march during Pride — the liberation of our expressions, our desires.

As a survivor of child sex abuse, I perfectly understand the need to protect children from abusers. But queer people, we are not protecting children by bullying Donnalyn. We are getting distracted by the issue at hand. Adults pretending to be sexy babies don’t turn people into abusers. Abusers make that choice to abuse people all on their own.