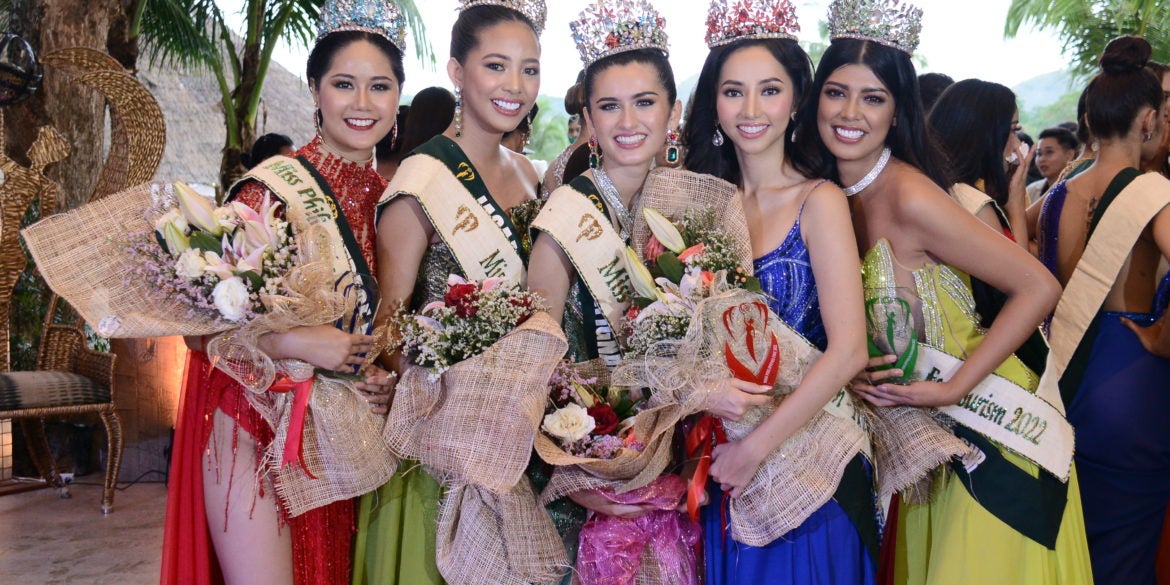 No rain can dampen the fiery passion of Filipinos, as proven by the organizers of the Miss Philippines Earth pageant, whose coronation program in Coron, Palawan, was interrupted by torrential rains.

The 2022 Miss Philippines Earth pageant’s final competition was scheduled to take place at the sprawling poolside of Tag Resort in Coron on the morning of Aug. 6. But heavy rain showers compelled organizer Carousel Productions to move the program two hours later than the 8 a.m. target.

And just as the Top 10 delegates were about to engage in the interview round of the competition, another downpour ensued, forcing the participants, the judges and spectators to seek shelter.

But the show must go on, especially for a pageant-crazy nation as the Philippines. The organizers had been known to navigate through any obstacle just to stage a competition, feeding the Filipino people’s passion for beauty contests.

In 2020 and 2021, just when several national and international beauty contests took a break because of the COVID-19 pandemic, Carousel Productions mounted virtual editions of the sister pageants Miss Philippines Earth and Miss Earth, to quench the pageant fans’ thirst for a parade of pulchritude.

With its first physical competition in two years, the Miss Philippines Earth pageant would not let any precipitation, no matter how heavy, to spoil the show.

The organizers found an indoor venue inside the resort for the crucial portions of the competition—the Top 10 interview round and the question-and-answer portion with the final five delegates.

Ramp will represent the country in the 22nd edition of the Miss Earth pageant later this year in the Philippines, and try to become the fifth Filipino woman to earn the title after Karla Henry (2008), Jamie Herrell (2014), Angelia Ong (2015) and Karen Ibasco (2017).