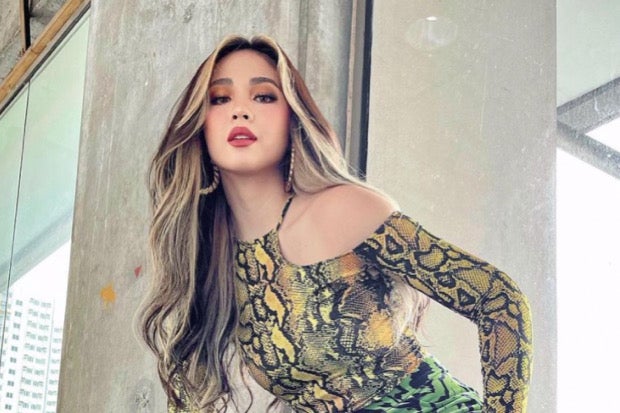 Janella Salvador had second thoughts about playing Valentina in ‘Darna’

Actress Janella Salvador revealed that she initially thought of nixing the offer to play Valentina in the newest reincarnation of “Darna.”

“Noong una siyang in-offer sa akin, (When it was first offered to me), actually, nagdalawang-isip ako (I had second thoughts). I wasn’t sure if it was the right decision and if it was where I wanted to go. Actually, sinabi ko baka puwedeng bigyan ako ng oras kung magbabasa talaga ako kasi (I asked if I could be given a few hours to read because) they made me read to it,” she said during the face-to-face  grand mediacon for the iWantTFC series, August 8.

And then she realized the magnitude of the role she was about to play.

“Na-realize ko (I realized), this is actually my first big project after giving birth. So, sabi ko, ‘ano’ng mawawala sa akin kung magbabasa ako (what will I lose if I read) for such an iconic role?’ Everyone would be honored to play Valentina for sure. So, kahit hindi ako sigurado kasi nga never akong  nag-villain, nagkontrabida, ito na. (So, even if I was not sure because I never played a villainess, never played antagonist, this is it). I read for the role in front of direk Chito (Roño) and I got it,” she recalled.

Playing with snakes which comes as a requirement for her Valentina role is something that is not a problem for Salvador as she is not afraid of snakes.

“My pet snake ako sa bahay. Nakatakas ‘yung isang ahas. Si Valentino na lang ang natira,” she revealed. (I have a pet snake in the house. One snake escaped. Valentino is the only one left.)

She further revealed that she got the snakes when the Valentina role landed on her lap.

So, that’s the challenge of  playing Valentina?

“We all know how iconic the role of Valentina is and aside from the fact that it is also physically draining, it  is actually a very complex character. It’s actually quite difficult to act (out) and it is emotionally draining as well. Also knowing na the previous Valentina were all so amazing and it became iconic the way they portrayed it,” she said.

Janella Salvador made better by motherhood: Got a bigger battle to fight now