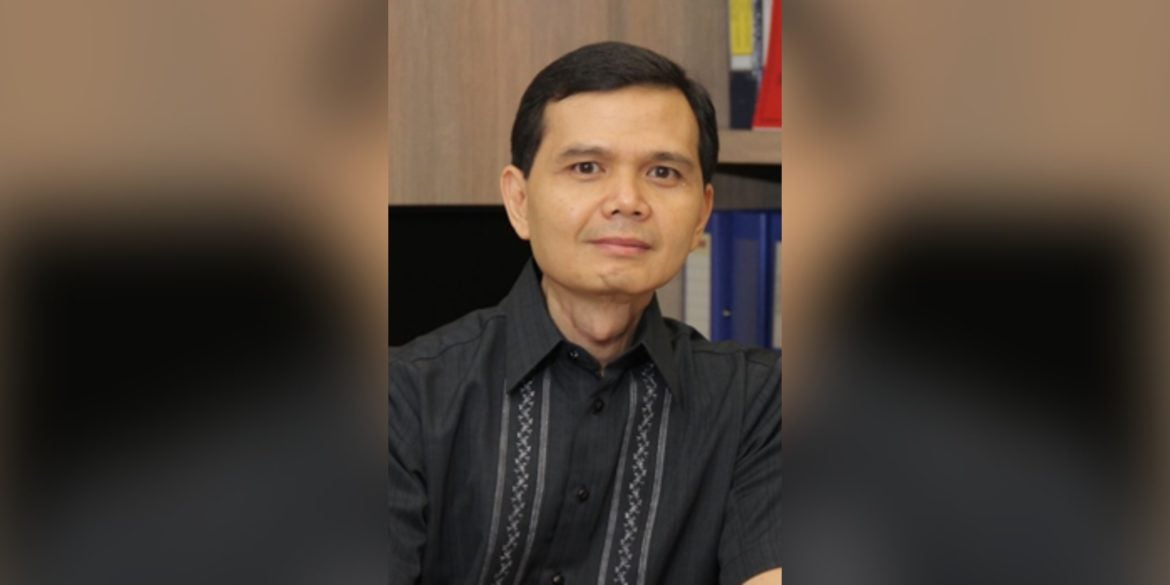 Discovering a new voice after Tongue Cancer: The story of Jojo Flores

For 25 years, Jojo Flores, an electronics and communications engineering graduate, had a decent career working for a multinational semiconductor manufacturing company. Fresh from college, he joined the corporate world and rose through the ranks, becoming one of the young managers in the company to handle corporate accounts globally, particularly those based in North America and in Europe.

Jojo recalled how strenuous and fast-paced it had been in the said industry. “I am tasked to organize and attend various meetings during work hours. After office, I still have engagements. A lot of people would say that stress could have contributed to my cancer,” he thought.

Managing Asia, Europe, and North America teams meant he had to work longer considering the varying time zones of the accounts he handled.

“I was diagnosed in February 2009 and in March underwent surgery where I lost 90% of my tongue. With that, I likewise lost the ability to chew. With a flap harvested from my front right thigh and permanently sutured to the floor of my mouth in place of my surgically removed tongue, I also lost the ability to sing,” Jojo said. “In my previous job, I did a lot of meetings and presentations. I of course need my tongue and voice. When I underwent surgery to remove the lump in my tongue, and with my manner of speech permanently altered, it dawned on me that when I came back to work, I probably will not be staying long with the company. I would have to quit because one of my assets has been affected by medical reasons; either that or I would be replaced anyway. With a quick internet search, one will find out that Head and Neck Cancer is a disfiguring disease.” 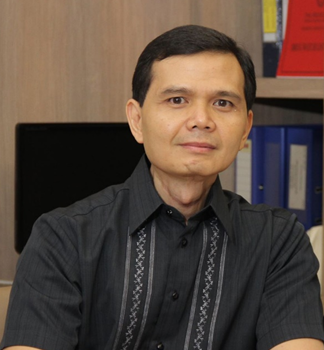 Like Jojo, 7,000 Filipinos are diagnosed with head and neck cancer (HNC) a year. Although this only makes up around 4.7% of the new cancer cases in the country, HNCs continue to be a burden on Filipino patients and their families experiencing it.

Jojo found out that he had tongue cancer after returning from an overseas trip in February 2009. However, as early as October 2008, he recalled having a mouth sore. Since he would get a mouth sore once in a while, he thought it would eventually go away.

“I will later find out that if a sore does not heal in two weeks, you need to seek medical attention quickly as it could be a sign of something worse. Hindi ko ginawa yun for three months; I took it for granted. I even went on a business trip to the U.S.,” he recalled. “That time, nahihirapan na akong magsalita. Ang hirap ng kumain, mahapdi sa dila kahit isang butil lang ng kanin.”

The lump in his tongue was taken for biopsy. He was diagnosed with Stage IV tongue cancer. His physician immediately scheduled him for surgery and prescribed treatment that included six cycles of chemotherapy concurrent with 30 sessions of radiation therapy.

“All in all, my surgery, treatment, and medication cost around Php 2.5 million back in 2009,” he said. “Cancer is synonymous with suffering. Suffering in all facets of life – physical, emotional, psychological, and financial.”

A new outlook on life

“Once you are diagnosed with cancer, you can never expect your life to be the same again. Some survivors may be able to get back close to who or what they were pre-cancer, but some won’t. Definitely, you will take on a new trajectory. Cancer is a life-changing event,” Jojo highlighted. “Of course, any cancer patient wants to get treated. But the more important question is, what happens next? How will you manage living after cancer knowing fully well that life will never be the same?”

Through his own cancer journey, Jojo learned four important qualities – trust, gratitude, contentment, and faith. Post corporate world, he was also able to apply his skills as an engineer and as a manager.

“Part of my orientation as an engineer and manager, I always look for options when dealing with a situation. I try to identify the benefits and risks,” he shared. “You need to trust your physician. Mahirap magkaroon ng cancer. Kailangan mo ng tibay ng loob. It’s either harapin mo o sumuko ka. Minsan gusto mong sumuko, pero gusto naman lumaban ng pamilya mo. Kaya lalaban ka din talaga; if not for yourself for your family. That definitely sounds easier said than done, but that’s the reality.”

During those difficult times, Jojo knew he could never do it alone. The adage “no one fights cancer alone” couldn’t be more truthful. He needed support. However, he could not find a head and neck cancer support group in the Philippines during this time. He had to join a group (via online) based in California.

“HNC is one of the top five cancers in the Philippines. But have you ever heard of an HNC support group,” he lamented. “I personally think one of the reasons why HNC support groups do not last long is that HNC patients tend to clam up. I say that from my own experience. Up to now, 13 years as a survivor, I am still working on my issue. I’d rather meet complete strangers rather than meet people who I have known for years. I am much more comfortable with the former, simply because nahihiya ako (for the latter).”

From experience, Jojo knew that family support is important for cancer patients. But he also knew that not everyone can easily rely on their family.

“Not everyone has a family, nor can every family provide the needed support for whatever reason or reasons. This is where the importance of patient support groups come in,” he added.

Today, as an HNC survivor, Jojo is representing and giving voice to HNC cancer patients in the Philippines.

Jojo is one of the staunch advocates for the full implementation of the provisions of the National Integrated Cancer Control Act (NICCA). Jojo understands the burden of the disease. He was grateful that his previous employer helped him finance his treatment. However, the majority of HNC patients do not have access to treatment and medication.

“As far as the cancer patient journey is concerned, NICCA can help address the whole cancer care. It’s very comprehensive. The law provides not only treatment but awareness, diagnosis, prevention, and survivorship, among many other items that have to do with cancer management” he noted.

One of the important provisions under NICCA is the establishment of a hospital-based cancer registry that complements the National Cancer Registry which is population-based. This database will cover needed information about cancer patients and survivors in the whole country. Jojo believes that having the cancer registry in place will benefit patients in the Philippines.

“Once you have a robust cancer registry, you can do a lot with data translated into useful information. The PWD registry can be linked to it,” he said.

In his open letter to President Duterte back in 2018, Jojo emphasized the need for the speedy implementation of the NICCA law. Now that the Philippines just held its national elections, Jojo is hopeful that the new administration will continue to support NICCA and at an accelerated pace.

“I know there are a lot of competing priorities. But we have the law already and it has been there for three years now. What we need is complete and thorough implementation,” he emphasized. “Cancer is a race against time. The government is not alone in this fight. Private entities are willing to help. We just need to harness this.”

Hope from Within, a multi-stakeholder cancer advocacy campaign led by MSD in the Philippines, supports Jojo and fellow HNC patients and survivors. This 2022, HFW is organizing events to bring together experts from the head and neck cancer space, representatives from the Department of Health as well as HNC patient ambassadors to raise awareness about HNC and provide reliable information about its risks, and symptoms, diagnosis, and treatment options.  Through this partnership, HFW strengthens its commitment to renewing hope and reinforcing the fight for Filipino patients suffering from HNC.

HFW is also encouraging the public to support Filipinos affected by cancer by signing the petition on the urgent implementation of the NICCA, so that cancer patients and survivors like Jojo may enjoy the necessary benefits for their treatment and recovery, while allowing them a better quality of life.