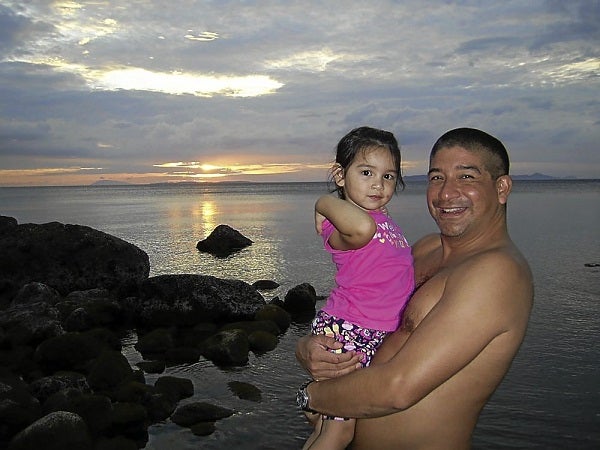 When the children were growing up, Holy Week nearly always took us to the beach. It was not exactly the kind of setting conducive to the spiritual contemplation the occasion called for, but it provided a most welcome family break from life’s stresses and drudgeries.

It was also the least expensive form of holiday-making, just perfect for families starting out. All that made the beach the unanimous and easy choice.

All there was to fuss over was the menu—drinks, snacks, meals—especially for the children, whose energies were tested and whose appetites were thus worked up. Judging by the amounts of food bought to his beach house, the family’s favorite vacation home, uncle Marquitos was convinced that the Roces family’s greatest fear was starvation—a fear struck possibly by the relative isolation of the property.

It lay in the interiors of Matabungcay, Batangas, in that way safer and more private, but quite a walk from the nicer parts of the beach. In fact, it didn’t give you, once confined there, that regular beach feeling: It had chickens, goats and pigs, and a little network of fishponds.

The beach made for a setting for funny stories. One of a number centered on the property caretaker, a native Batangueño. One morning he arrived without warning at Marquitos’ home in Wack-Wack, Mandaluyong, bringing good news and bad news.

The good news was that the sow had dropped seven piglets and that all survived but one, a good count by sow standards. The arrangement provided that one piglet went to Marquitos from every litter. The bad news: It was his piglet that didn’t make it.

Uncle Ding had his own story to tell. He liked early-morning walks up the hilly parts, again taking along our famous bantay. The artist in the family, Ding would pick a spot and there settle to draw or paint, otherwise continue on collecting his kind of treasures—driftwoods, seashells, stones.

He once found a magnificent piece of rock—sizable but portable enough, he thought—and told our bantay to dig it up and bring it to the house. The bantay arrived after a while, close to sunset, sweaty, exhausted, but empty-handed.

Certain Holy Weeks were spent with the Tans, close friends whose children were the same ages as ours. Theirs was a two-story, nipa-roofed, wooden beach-front house on the more populated and swimmer-friendly parts.

The husbands would leave in the early morning after a light breakfast to dive and return before sundown with fishes they had speared for dinner, fresh additions to the precooked adobo and other reheated slow-food fare.

Ah, but the divers never dared venture without the Tans’ own reliable bantay, whose talent lay in spotting safe and scenic diving spots. He’d drop anchor once a prospect was found and dive to check it out.

His instincts were hardly ever wrong, but if ever they were, the divers waiting in the safety of the boat would know it at the first sight of their human bait paddling and kicking with frantic hands and feet toward the boat, an large fin slicing the water and chasing after him. He always beat it and quickly regained enough calm and courage to resume looking for suitable sharkless waters.

Those certainly were carefree and innocent times—times when we young mothers were still a decent sight in bathing suits. Now, with lola gone—she who more than anyone else lived for our beach reunions—and we mothers  reduced to less fetching sights even in our bathing dresses, and Marquitos and his wife, Marietta, at an age when they’d rather stay home, nobody, not even the Tans, goes to the beach as often, not even regularly. Even the younger Tans hardly go anymore.

Indeed, I doubt any one of my generation really misses the beach. I have myself since remarried someone more comfortable in the city and on solid ground. Most of my children themselves seem to have outgrown the beach, except for my youngest son, Tex, a master diver, in fact.

Texas-born Tex called Hawaii home for years and has a daughter born there. Back now in Manila to stay, he takes off for the beach whenever he can, seldom but almost always with his 4-year-old, Mona, who seems loving it herself and making memories with her daddy, as he, at the same time, relives his own memories with us.

Pictures of the two of them on the beach inspire recollections of my own Easter memories and thoughts of new beginnings.