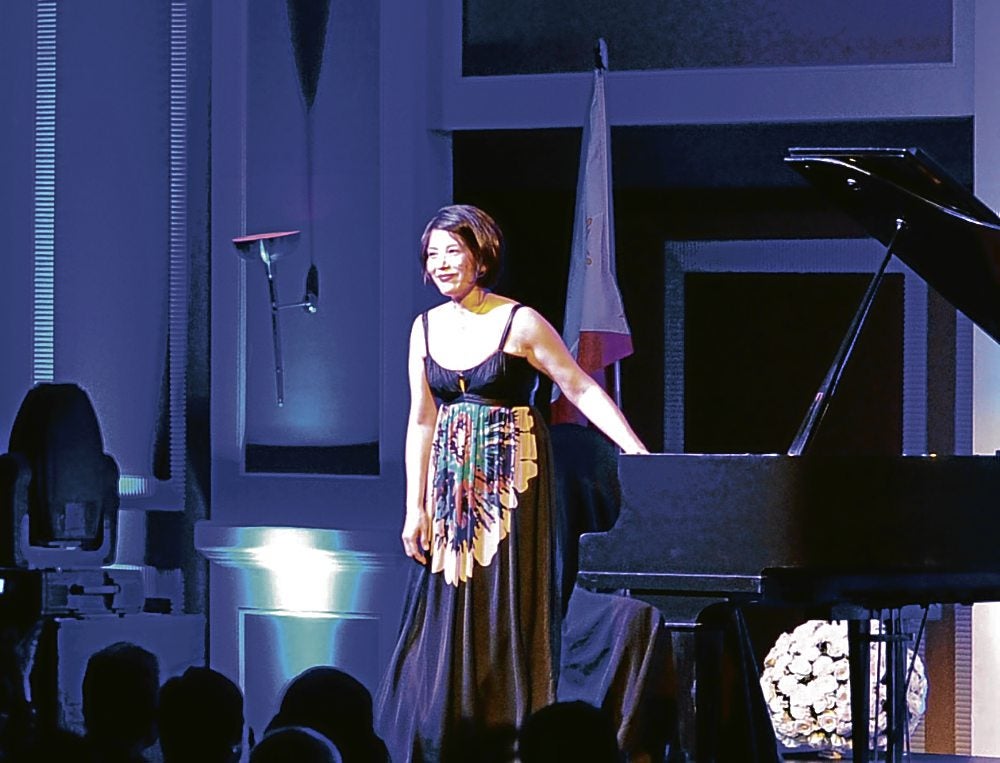 In praise of good pianos

Four pianos from different  manufacturers figured in the recent engagements of Cecile Licad in Manila and the provinces.

The piano she used at the Cultural Center of the Philippines for the Chopin (notably for Andante Spianato and Polonaise Brilliante) and for Ravel’s “The Swan” (danced by Lisa Macuja-Elizalde as The Dying Swan) was a  7-ft-wide Yamaha  grand  that had seen better days.

A stunning Steinway (a white grand with gargoyles and probably visually perfect for The Dying Swan) was used in Holy Angel University (HAU) in Angeles City. It could have been perfect for a 400-seater venue, but its sound remained crystal-clear even in a bigger hall because of the excellent acoustics  of HAU hall which seats over 800, slightly bigger than Philamlife Theater.

A  G-7 tropicalized Yamaha grand was used by Licad in Cebu, which saw the pianist giving three encores from an audience that gave her a premature standing ovation on the first part of the recital. At the end of the concert, the euphoric voices of Cebu’s rich and famous shook the grand ballroom of Marco Polo Plaza Hotel, a sure sign that she was terribly missed after an absence of 12 years.

This is not the Cebu audience I know from way back. As Arts Council officer Maxwell Espina admits, Cebu audiences don’t easily give their approval to any performing artist. They listen, they evaluate, and if one passes the artistic bar, they heartily applaud and can even break  corporate decorum by shouting “Brava!” to high heavens.

But Licad gave her record-breaking encores in Kawit, Cavite, where her most dramatic recital took place a week ago complete with burning venue after a  hair-raising interpretation of Liszt’s “Dante” sonata.

If the CCP and Cebu had a Yamaha and Angeles City had a Steinway, Licad obviously gave her best using a  super-sensitive Bosendorfer piano in Cavite.

It turned out that a Bosendorfer  (named after Ignaz Bosendorfer, who started a piano-manufacturing business in Vienna in 1828) had a connection with Franz Liszt who first tried this piano brand  on the same decade and found it  superb in terms of  durability, touch response, and sustained tone quality.

For producing first-rate pianos, the Emperor of Austria gave  Bosendorfer  the title Imperial and Royal Piano Purveyor to the Court  in 1830, the first piano-maker to be granted this honor.

In 1981,  First Lady Imelda Marcos was so fascinated by the sound of a  Bosendorfer that she ordered eight of these grandest of all grand pianos.  Presently, two are in  Malacañang; one is at the CCP; one at the old Met; and another one at Coconut Palace.

To date, you can  count with your fingers a select few owners of a Bosendorfer  (not more than ten, according to our sources).

The oldest known  Bosendorfer  piano is a Strauss model, in perfect condition after 120 years!

What I am saying is, a good pianist deserves a good instrument, and it is mandatory for any concert organizer to first find a good piano as a first prerequisite for mounting a piano concert.

I think NCCA should invest in a good touring piano, because pianists can hardly  find a good piano in the provinces (one major reason we  canceled the Samar concert of Licad).

The endless drama of transporting a piano from the city to the countryside (and even to the jungles) was illustrated in the Daneil Mason’s landmark novel “The Piano Tuner,” the movie version of which is the latest project of German filmmaker  Werner Herzog.

Another  music-related award-winning film, “The Piano,”  directed by Jane Campion, came to Manila and its delicate theme didn’t escape the censors. What  I liked about this film was the supposedly mute character  (played by Holly Hunter) whose attachment to the piano is  explored beautifully. The sight of the piano being unloaded on a deserted beach is one of my favorite scenes.

The sight of  upright pianos being transported by small boats  from island to island  around Negros and Iloilo  is exactly what Bacolod-based   piano teacher and piano dealer Cecile Asico does for a living—aside from  maintaining a music school in Bacolod.

Why couldn’t we stick to one brand of piano in all those concerts?

I agree with  the observation that preferences between pianists for one piano manufacturer or the other are as personal as love, romance and marriage. Indeed, a noble instrument can literally “win your heart” upon first playing it, as with love at first sight.

To illustrate,  what do   the late Michael Jackson and Steve Jobs have in common with  José Carreras, Placido Domingo  and Franz Liszt, among others?

They are all owners of  Bosendorfers, one of which  survived true-to-life  Dante’s Inferno in Cavite City.