A traditional Filipino home houses and nurtures families that span multiple generations. It comes from the innate parental desire to provide for and… 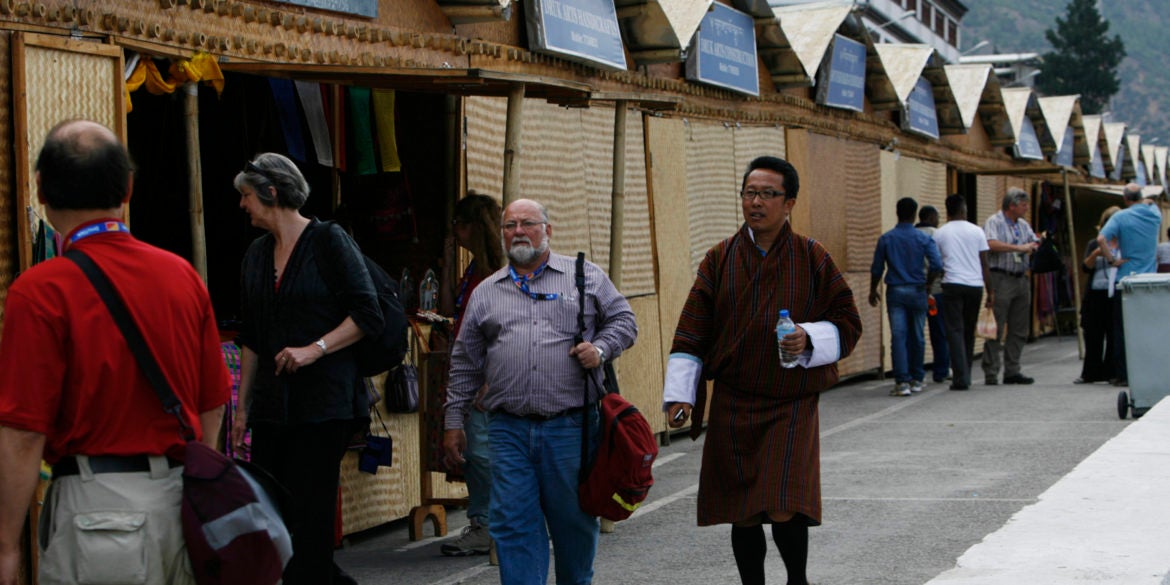 FILE PHOTO: A group of foreign tourists with a local guide walk past a row of shops selling handicrafts in Thimphu May 22, 2012. REUTERS/Singye Wangchuk

Bhutan welcomes back tourists after COVID-19 with honey, turmeric and SIM cards

KATHMANDU — Twenty-three foreign visitors landed in Bhutan on Friday, the first to arrive as the Himalayan kingdom reopened its borders after more than two years following the COVID-19 pandemic, with officials looking to tourism to help revive the local economy.

Wedged between China and India, the country known for its natural beauty and ancient Buddhist culture, first opened to wealthy tourists in 1974. In March 2020 it shut its borders to visitors – a major source of income – after detecting its first case of COVID-19.

The constitutional monarchy of fewer than 800,000 people has reported just over 61,000 infections and only 21 deaths, but the $3 billion economy contracted in the last two fiscal years, pushing more people into poverty.

“Tourism for us is more than just revenue,” said Dorji Dhradhul, Director General of the Tourism Council of Bhutan (TCB), after receiving the first visitors at the country’s only international airport at Paro, near the capital city of Thimphu.

He said the tiny country was keen to be “very much a part of the whole world.”

“We feel through tourism we can do that… take advantage of their support and goodwill,” he told Reuters from Bhutan, referring to the international community.

Each visitor who arrived aboard the first flight from Kathmandu in neighboring Nepal was offered small packs of organic honey, tea, Bhutanese turmeric and a local SIM card all in a tote bag as a gift, the authorities said.

In July, Bhutan raised its Sustainable Development Fee to $200 per visitor per night from the $65 it had charged for three decades saying it was keen to welcome more tourists who could spend money.

About 315,600 tourists visited in 2019, up 15.1% from the year before, with visitors contributing about $84 million on average each year to the economy for the three years before the pandemic hit, TCB data showed.