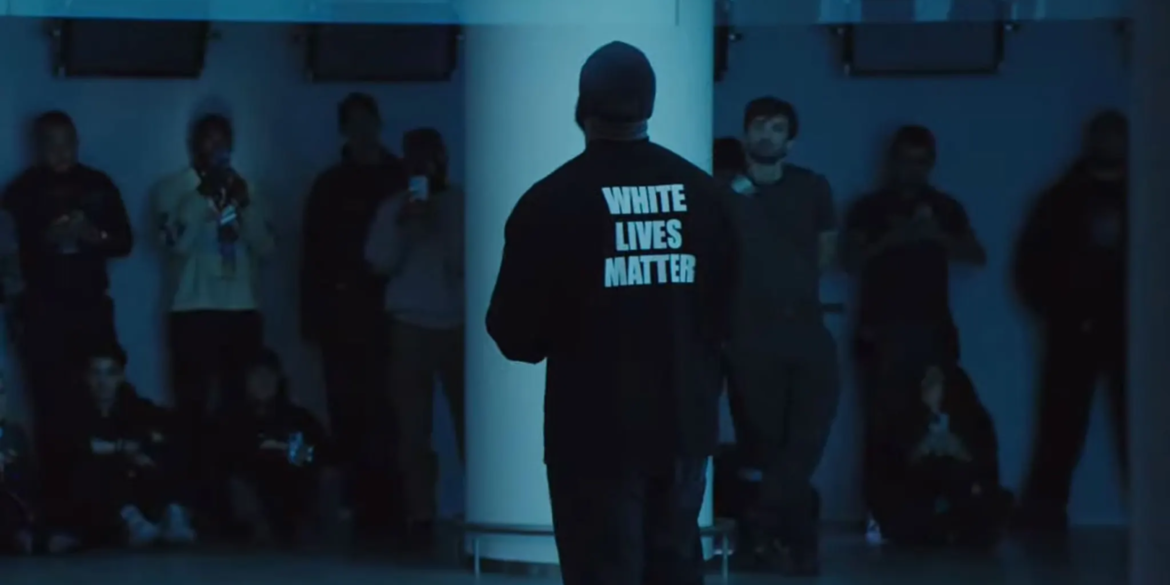 Kanye West graced Paris this Monday with another Ye special as he stunned the crowd with a ‘White Lives Matter’ shirt at a surprise Yeezy show. The rapper-producer turned fashion connoisseur and mogul showcased his Season 9 collection for his now renamed line, titled YZY. Startling, or angering those onlooking, he gave a speech wearing a ‘White Lives Matter’ T-shirt emblazoned with the Pope’s face on the front.

By his standards, West has largely kept a low profile during his stint so far in this year’s Paris fashion week. Prior to this, he made his debut on the runway clad in an all-black battle gear for Balenciaga’s “Mud” Show. During his show, the mind behind “Donda” talked about his ex-wife Kim Kardasian, his issues with producer Scooter Braun, and his recent fallout with GAP.

Behind his particular choice is his desire for global all-around inclusivity. Serving as the backbone of his concept is his statement “There’s just people. From the same planet. And sometimes, in high school, it feels like we don’t fit in. And in a situation like this, we have the opportunity to come together to express who we are.”

While the sentiment is laudable, public pushback on this most recent Ye special is warranted. The point behind the worldwide call for “Black Lives Matter ” which seems to go over the head of West and many others, is the indisputable fact that all lives really do matter. What is argued for is that if that statement is true, why are so many black lives unfairly treated and taken? The call for fairness does not take away from the Whites, the Hispanics, the Asians, and everything in between that is not mentioned. Rather, it is to even the playground and make the way for an equal and fair society. Black lives are currently disadvantaged and special care attention has to go their way for all lives matter to be a reality.