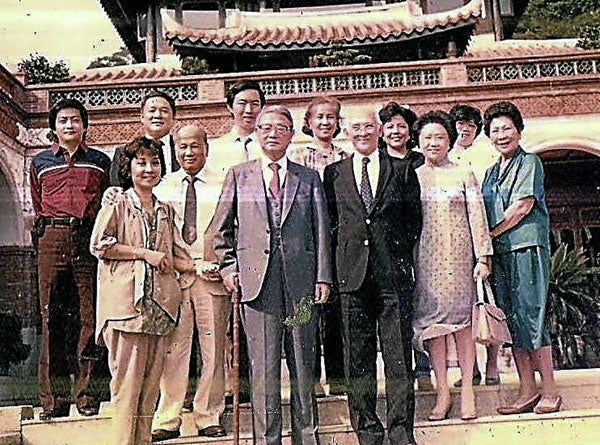 Anding Roces’ comment on my writing during one of our last meetings is probably how I’ll always remember him. The words and their meaning are so much a reflection of the man.

I first met former Education secretary Alejandro Roces in 1987, when I joined the PEN (Postsecondary Education Network International) delegation of writers to Taipei to meet with our Chinese counterparts. Before that, Mr. Roces was just a big name in government, particularly as a Cabinet official during President Diosdado Macapagal’s term, as president of the Manila Bulletin Corporation, and head of the Philippine Center of PEN International.

But at that ’87 conference of PEN. Writers – with Bienvenido N. Santos, Lina Espina Moore, Susie L. Tan, Wilson Lee Flores and Marlinda Angbetic Tan – I was fortunate enough to get to know the very human side of the man. “Come on, call me Anding,” was how he introduced himself.

Mr. Roces brought humor to the otherwise too serious topics of our seven-day conference and visit with Chinese writers. When in Rome, “what do we do?” he quipped as we sat at a dinner in our honor, holding up the chopsticks given us.
But I didn’t know how to use them. As I looked around, anxiously wondering if it was alright to ask for a spoon and fork, I was glad that Anding didn’t seem to notice me, but rather Ben Santos to whom he called out, “Hah! Are you’re the representative of American PEN?”

In subsequent PEN meetings, I had the opportunity to see more of Mr. Anding, the person and not the government official. When he found out that I spoke Chavacano, he laughed out loud as he rattled off examples of pidgin Spanish phrases, but without attitude despite the compulsory 24 units of Spanish in college. Then he gave a quick refresher course on history and why the Spanish colonizers prevented Filipino natives from learning the language of the “masters.”

Mr. Anding seemed most interested in history and culture. When he learned that I was born and raised in Fort Mills on Corregidor Island, he seemed less interested in American governance and more eager to share the legends surrounding the islands around Corregidor. Yes, I know those islands, I said, aside from Isla de Corregidor (para corregir), Isla de Mongha, Isla de Fraile (which the Americans renamed Fort Drum). And yes, I answered, from the San Jose beach on a clear day, we could perceive the outline of a woman towards the Cavite horizon. She was in a supine position and we could make out her head with long flowing hair towards the mouth of Manila Bay, her bosom, and the bulge of her tummy. That’s why the mountain was always known as Mt. Buntis (where Andres Bonifacio was supposed to have been brought and killed by lieutenants of rival revolutionary leader Emilio Aguinaldo).

Mr. Anding then shared the legend he knew about those small islands – of how a friar had fallen in love with a mongha (nun) and how, when their forbidden love was discovered, the couple ran away to fulfill a suicide pact and became those islets. But, I reminded him, those islands had existed long before the Spaniards and the frailes came to our shores, and wondered aloud what our ancestors might have called those islands – certainly not El Fraile.

There was no more time to discuss other legends told by our forebears, but we did note the oddity about the tall inhabitants of Ternate, Cavite who are markedly different from the Malays because, history tells us, they came from Ternate in Indonesia.

Mr. Anding asked for a copy of my book on Corregidor (“Nobody Gathers Seashells and Gun Shells Anymore,” 1981), and on one occasion told me: “Your picture of the ’Cano (Americans) is very negative, but I like that part where you said your ’Cano playmate (had) called you, ‘Hey, you there, brown monkey!’ and you had answered ‘Yeah, hello there, white monkey.’ I like that retort you made.”

I distinctly remember Mr. Anding laughing out loud as he recounted that scene from my book.

After that, we saw each other about once or twice a year. Sometime in 2000, during one of our meetings, he asked what I was busy writing about then. I told him about my disgust over the landlord-peasant relationship in Pampanga. That’s when he gave me what I’ve always felt was the best advice he had ever given me – as a writer and as a person.

“Don’t get too serious with your stories, or even in your life. Sometimes a lampoon is more effective.”

With that memory, I bid you goodbye, and many thanks, Mr. Anding. May you rest in the heavenly embrace of our Maker. *
Alejandro Roces died on May 23, 2011 at the age of 86.