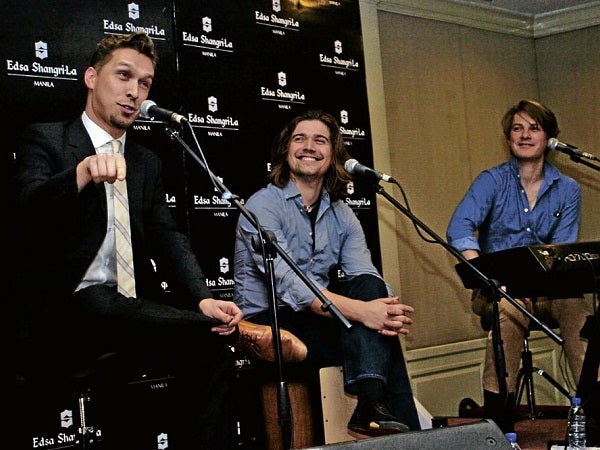 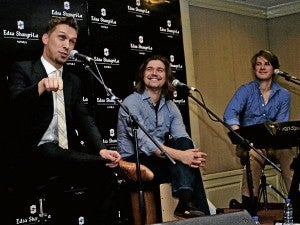 Taking Manila by storm (literally, as it was raining relentlessly), the ’90s hit trio band Hanson made sure that their return to the Philippines reaffirms that they are still one of the music industry’s finest.

Hanson brothers Taylor, Isaac and Zach who were behind the popular 1997 single “Mmmbop” recently concluded a concert series in Manila and Cebu as part of their “Shout It Out” World Tour.

Fifteen years since the fateful launch of a certified LSS by today’s terms, youngest member Zach relates that their latest album is their “most positive record.” Adding that “it’s a record infused with pride. We’ve been here for a long time and we feel good about it.”

Isaac quickly added that the album’s creative process is the “most unique.” “We worked through the album as a trio, [that’s why] there’s a very natural sound to it.”

True enough that they’re enjoying all these years in the industry, these boys (men, actually) are as youthful as ever and never failed to whip up the press with good humor every once in a while. 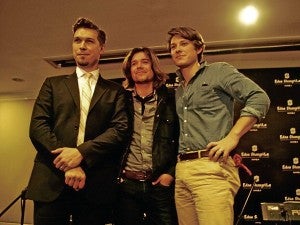 With new artists crowding the music scene, front man Taylor shared that they are “music nerds” and they want to be remembered as a band that “wrote songs that stood the test of time, is passionate for great art and great music, and, ultimately, has music that lasts.”

One such example, of course, is “Mmmbop” which they say is “hard to recreate, but not necessarily amazing. [It’s because] You have to have multiple vocalists.”

With worldwide fame upon their shoulders and a dedicated fan base, neither of the boys thought of going solo.

“We’re too busy as a band. I can’t imagine going solo. We still have a lot to do (concerts) as a band,” Taylor said.

At this point in their career, people wonder what these boys will shout out to the world. Answer: “Carpe Diem” (Seize the day). “And, of course, that’s 99-percent perspiration and 1-percent inspiration.”