‘Fansons’ get the night of their lives | Inquirer Lifestyle ❮ ❯ 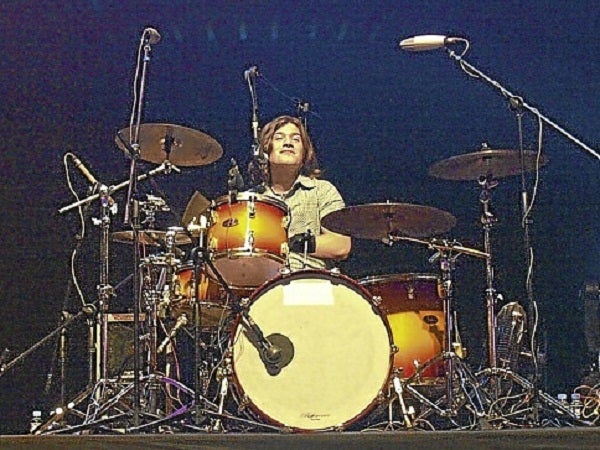 ‘Fansons’ get the night of their lives

Not if, like me, you’ve been dying to see one of your favorite bands perform live since you were nine years old.

Because I was unable to catch their “Underneath” gig in 2004 (read: broke college student), I made sure I was there last March 30 as Isaac, Taylor and Zach Hanson performed at the Smart-Araneta Coliseum for their “Shout It Out” concert.

As the first chords of “Waiting For This” filled the coliseum, “fansons” welcomed the band with dancing, jumping and a lot of rabid shrieks. Soon it was more than just a concert; it was a musical time machine, as the brothers took us all the way back to the ’90s, playing hits like  “Where’s The Love,” “Thinkin’ of You” and “A Minute Without You.”

The energy in Araneta was just as electric when the band played more current hits like “Thinkin’ ’Bout Somethin,’” “Crazy/Beautiful,” and “Can’t Stop.”

“I don’t know what took us so long to come back!” said Taylor to a screaming crowd.

Gone are the brothers’ teenybopper vocals, replaced by a more bluesy, soulful sound. Their beautifully arranged three-part harmonies were better showcased once the band slowed things down with their acoustic set, with songs “Strong Enough to Break,” “Deeper,” “Wish That I Was There” and “A Song To Sing.”

Zach, usually in the back behind his drum set, was up front for the acoustic set, sitting on his cajón. The youngest of the three—and the only one who’s kept his long locks— seemed to be the cameraman’s favorite face to zoom in on; then again, who could resist that charming, boyish smile?

Understandably, majority of the crowd were girls, each one swooning as Isaac started playing the first riffs of “Penny and Me.” But the band had their fair share of male groupies (just behind me and my sister were two guys who looked like brothers—and they were singing along to almost every song!). Hanson even had a song dedicated to their guy fans, “Give A Little,” to help them “figure out the crazy voodoo of the ladies,” said Taylor.

Of course, the boys couldn’t do a show without playing the hit that shot them to pop-music fame in 1997, and earned them three Grammy nominations. “Mmmbop” was, obviously, still fans’ most loved Hanson song, judging by how loud everyone was singing/screaming the lyrics. It was a small crowd, probably not even a fourth of the seating capacity filled, observed one of the bouncers, but it was evident how fiercely loyal these “fansons” were.

“Thank you guys for being here 15 years since the first song came out. We’re thinking of sticking around for at least 15 more,” declared Taylor, to wild cheers from the audience.

After an adrenaline-pumping “Lost Without Each Other,” Hanson finished with “If Only” from their 2000 album “This Time Around.” But, because the 1 ½-hour show was just too short for us, we asked for more—and they obliged, playing “In the City” as their encore.

And with that, Hanson took their bow and finally exited the stage, leaving us ’90s kids with the rockin’ memory of one of the best musical nights of our lives.