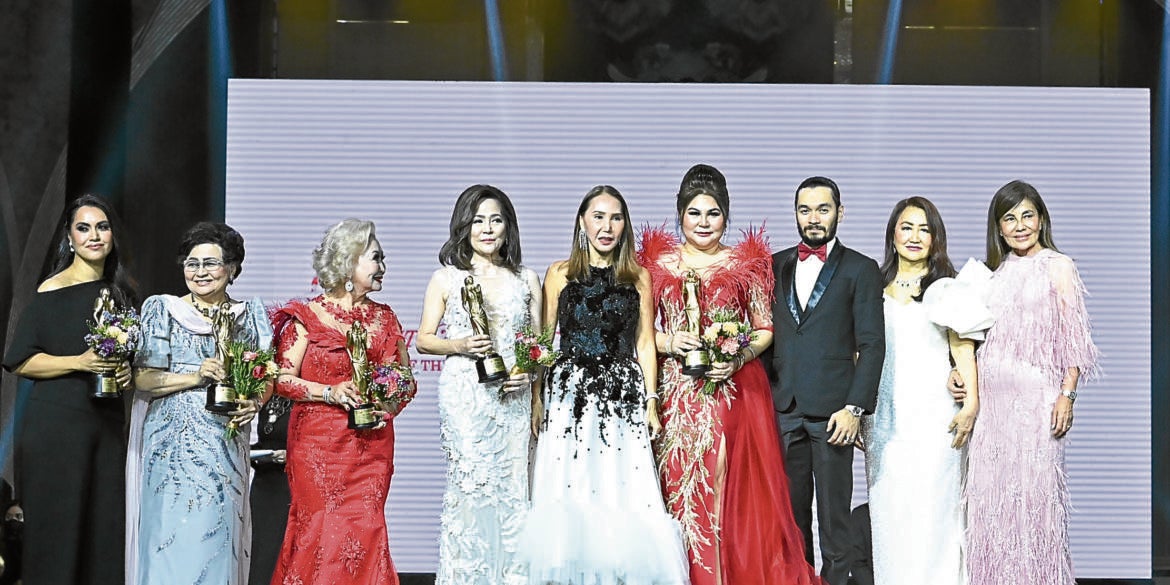 This year marked the return to an in-person event of the Philippine Cancer Society’s (PCS) Best Dressed Women of the Philippines (BDWP). The annual fundraiser to benefit programs of the PCS has been held for close to two decades now with Angola Consul and BDWP chair Helen Ong tirelessly rallying the troops to help in this worthwhile effort.

Manila’s perfumed set was in full attendance at Shangri-La at the Fort earlier this month, all dressed in their finest. The women who make up this year’s list were vetted by the board of directors that included Ong, Consul Betty Chua, Mario Katigbak, Flora Chua, Consul Agnes Huibonhoa, Consul Marian Ong, Elaine Villar, Sheree Chua, Froilan “Roy” Gonzales, Dr. Mildred Vitangcol and Isabelita “Eisa” Paredes Mercado.

“The awardees are all career women. It’s not a beauty contest. We all want to help raise funds for cancer patients,” Ong told Lifestyle in a phone interview. “All of us are volunteers, there are no strings attached.”

All of the proceeds raised during the annual event are turned over to the PCS. Even during the pandemic, Ong and her team were able to raise P8 million with the launch of the coffee-table book “Best Dressed Women of the Philippines 2020” published by The Society for Cultural Enrichment Inc.

A second book, “Giving Hearts: The Inspiring Stories of the Best Dressed Women and Men of the Philippines 2021,” was launched this year. The six women on the cover are Mache Ackerman, Edna Sutter, Carol Mercado, Rosalind Wee, Virginia Lane and Katrina Ponce Enrile, while the back cover features Catherine Luk.“This year we were able to raise almost P17 million, more than last year’s amount, which was P13 million. Filipinos are really charitable,” Ong said.

Lifestyle talked to two of this year’s honorees about their personal style and other advocacies.

BDWP Style Icon Mags Cue said that when she dresses up, the clothes have to reflect her personality, values and lifestyle. An entrepreneur, she opened the first Mags store in Cagayan de Oro that sold clothes, footwear, bags and accessories. At one point, there were close to two dozen Mags stores selling ladies wear.

“When I have dinner or drinks, a stylish dress and heels are always perfect. If it’s an afternoon out with friends, I may dress down a bit but I’d probably still wear a dress,” Cue said.

“I’m a previous BDWP awardee, but continuing to help a noble cause in this most difficult time is very meaningful.”

She is a staunch advocate of women empowerment. “It’s about promoting women’s sense of self worth and their ability to determine their own strengths and weaknesses. Through my apparel brand, I am able to inspire them to look good and be the best version of themselves,” Cue said.

Connie Haw is one of this year’s BDWP Ambassadors for Life, their equivalent of a Hall of Fame. The first time she was recognized and included in the list was 10 years ago, in 2012. She is well aware of what works well on her. Bright colors like red and fuchsia are always flattering, but neutrals like black, white and cream wash her out.

“I prefer more classic, feminine clothes that complement my face and body. At this year’s event I wore a red gown by a young designer, Julianne Syjuco. I’ve actually worn her designs three times now—my son’s wedding, my birthday party last month, and this year’s benefit. I find her designs feminine and chic,” Haw said.

The president and CEO of Advance Paper Corp. is an advocate of children’s education and regularly donates notebooks, writing pads and various writing instruments to underprivileged schools.

“We continue to sponsor the tuition of some of the children of our employees, many of whom have been with us for years—they’re almost like family,” Haw said.