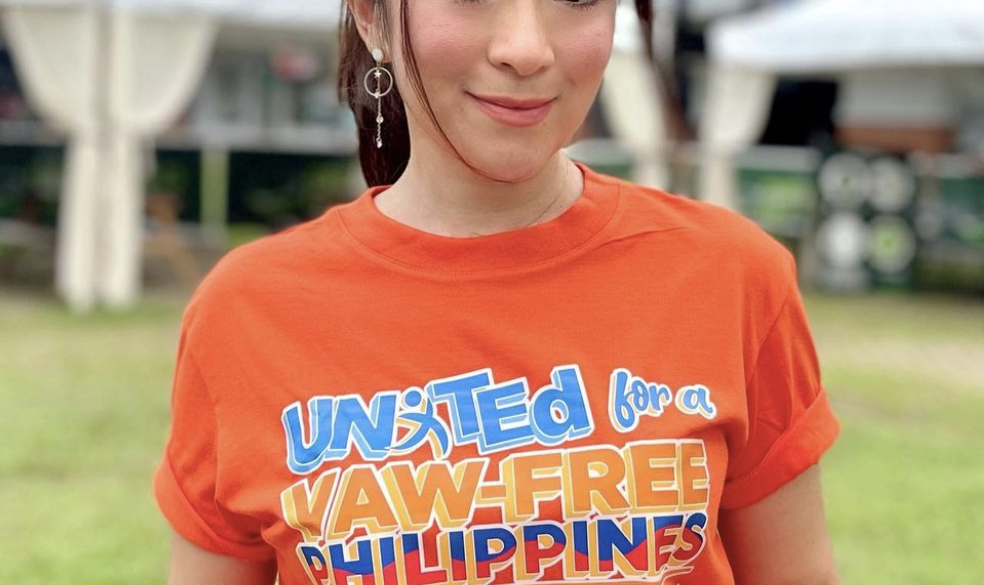 Actress Antoinette Taus is not only a staunch environmentalist, but she is also a supporter of women’s rights, particularly in eliminating violence against women (VAW).

Taus showed her full support for the movement by posting a short video of a rally for women calling for an end to VAW on her Instagram page Friday, December 2.

She reposted a report from the United Nations Population Fund Philippines which said that “To commemorate this year’s International Day for the Elimination of Violence against Women (VAW), and kick off the 16 days campaign to end violence against women, @UNFPA Philippines organized a solidarity march with the @UnitedNations Resident Coordinator in the Philippines, all UNCT members, UN staff, members of the international community and women organizations as well as government representatives.”

The report also said that “With this year’s theme being ‘United for a VAW-Free Philippines,’ the march aims to call for change and movement among individuals and stakeholders, for each and everyone to do their part in ending gender-based violence and systemic violence against women and children.”

The women advocates and march goers gathered at the UN House before marching towards the Greenfield Central Park for a short program “where messages of solidarity from various partners, awarding of Outstanding Women Champions and the Symbolic Handprint Painting Ceremony took place to promote the more than two-week long campaign.”

The report stressed that the global 16 days activism against Gender-Based Violence is an “annual international campaign that kicks off on 25 November, and runs until 10 December, Human Rights Day; in the Philippines, the campaign extends to 12 December 2022, a historic date that marked the signing in the year 2000 of the UN Protocol to Prevent, Suppress and Punish Trafficking in Persons.”

The 18-day campaign to end violence against women is supportive of the Philippine government’s dogged zeal to protect the human rights of women and girls by upholding its commitment to address all forms of gender-based violence.

“UNFPA Philippines in participation of several UN agencies, government agencies, and other key partners are organizing the 18-Day Campaign to End VAW, to inspire action from the government and the public, including men and boys— to realize that everyone has a role to play in eliminating VAW,” the report said.