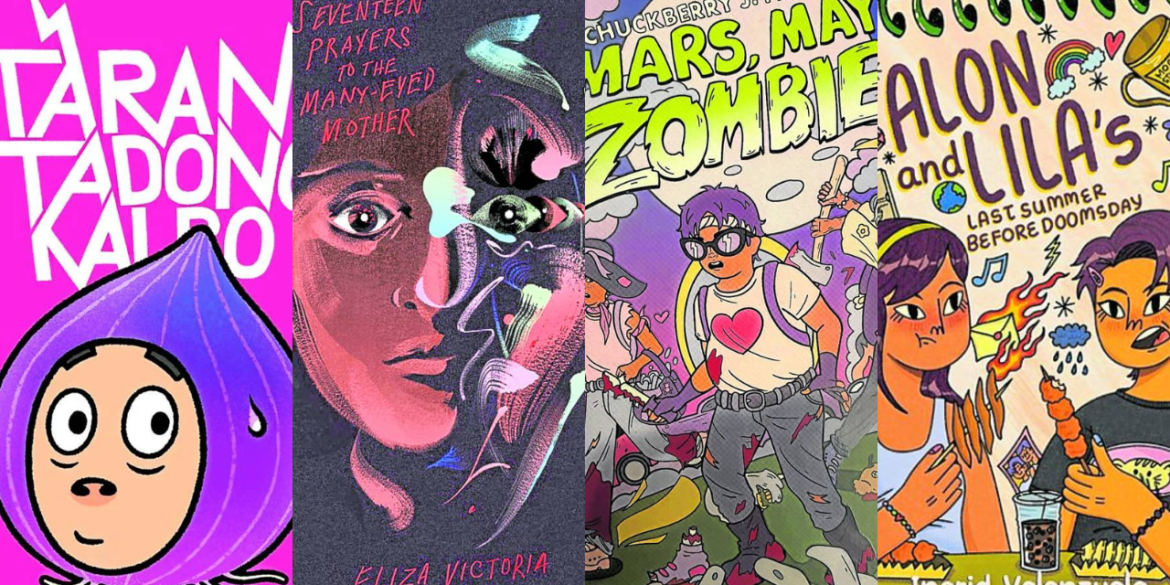 A delightful predicament to be faced with—more highly recommended 2022 titles than space allows, reflecting the resurgence of postpandemic Philippine publishing. We still do not publish as many titles per year compared to our Asean neighbors, based on the National Library’s ISBN records—but also to be taken into account are many self-published titles or those by independent publishers who feel no need for an ISBN.

This selection offers a wide range of topics and genres, both in English and Filipino, from established and new publishers, all available in bookstores and perhaps more easily, online. That, a welcome development, too.

Enjoy these titles for every mood, every interest, every temperament. 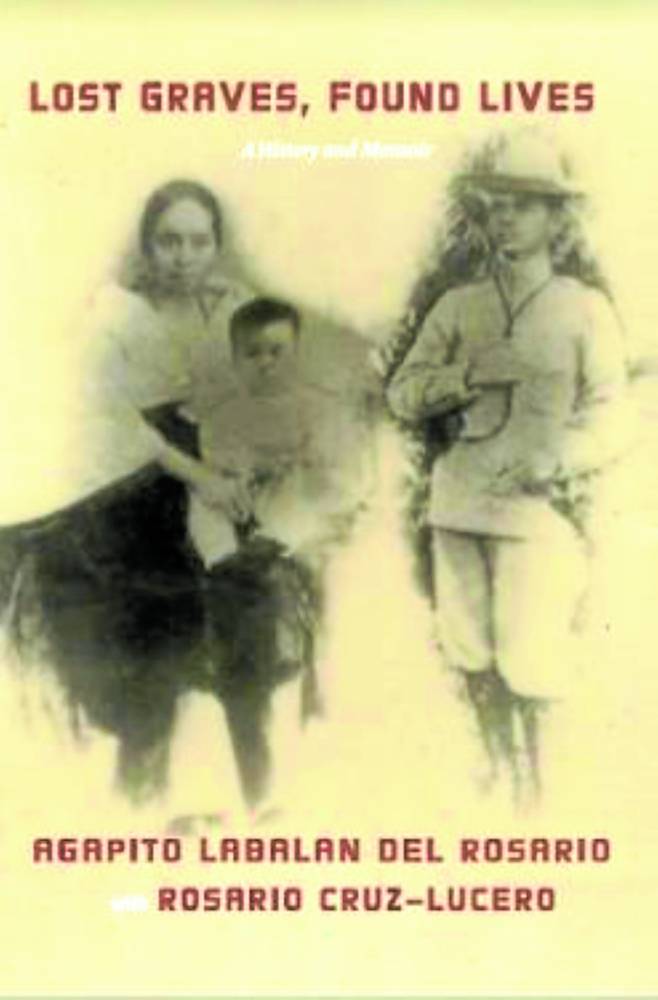 Described as a “gem of a book” by historian Ricardo T. Jose, this book distinguishes itself from other histories on Pampanga because Del Rosario had the distinct advantage of offering a perspective as an insider, as a relative to important historical figures he writes about. More information, previously unknown, on Vicente Abad Santos, Agapito Abad Santos del Rosario and Pedro Abad Santos are offered through priceless primary sources. Cruz-Lucero provides the scholarly research, empirical data and heft to further enrich and strengthen Del Rosario’s personal memories. 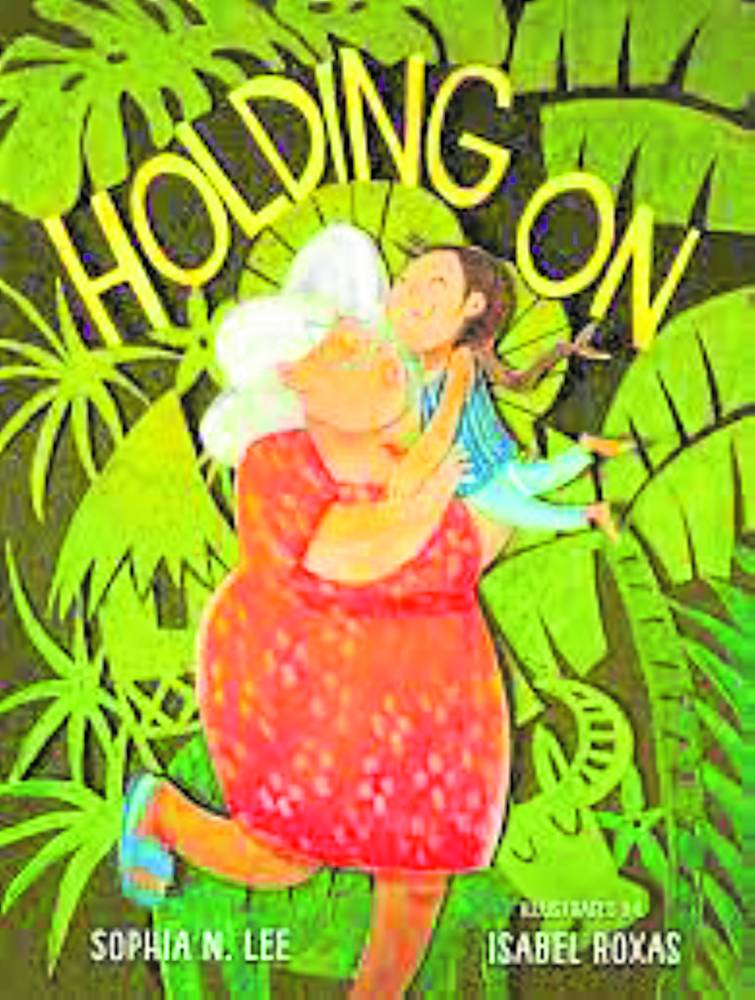 “Holding On” by Sophia N. Lee, illustrated by Isabel Roxas 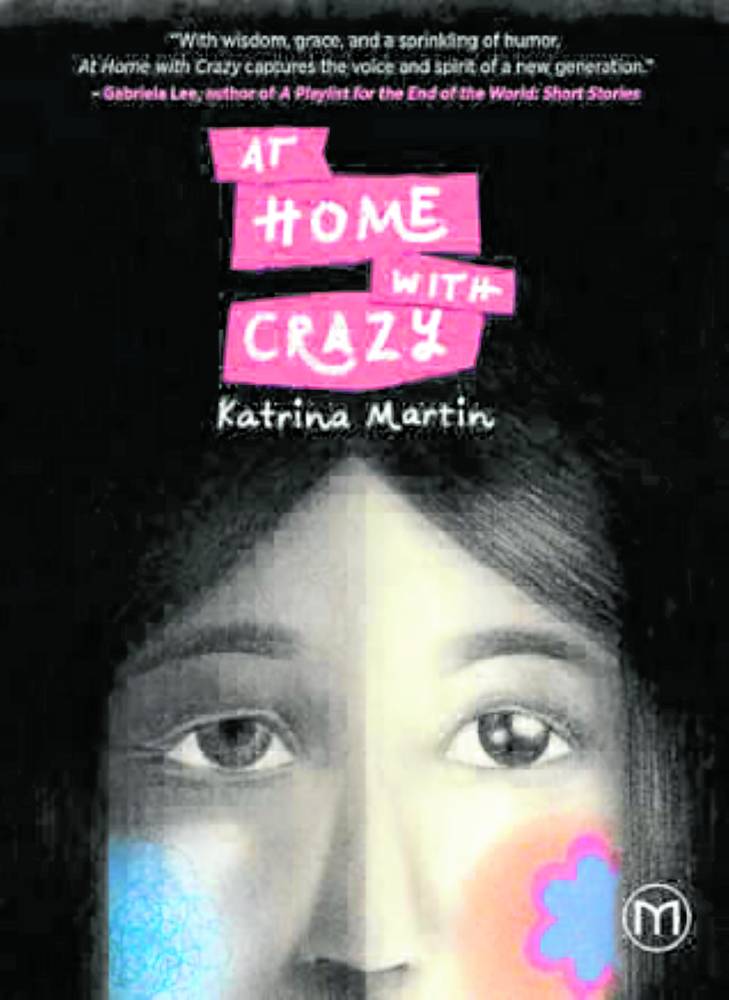 “At Home with Crazy” by Katrina Martin

A book for tweens and teens, it deals with family, friendship and zombies. The protagonist, Cayt Vergara, moves to Manila with her family and attempts to be normal while challenged with her mother’s mood swings, which must not be made public. It is a moving story of a young girl confronting a parent’s mental illness, what every unpredictable day brings. 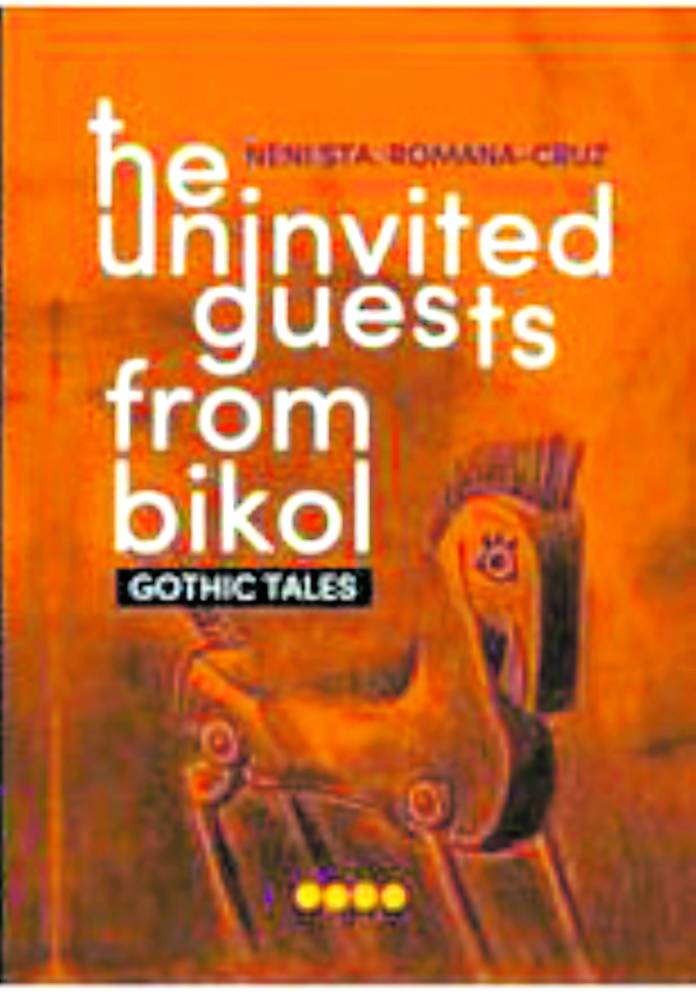 I beg your indulgence and have to include my own latest book, newly launched at the Seaculum Arts Festival in Naga last week. It’s a collection of stories based on interviews on strange happenings and many things unexplained in this realm. A reminder for us to rethink what is real and what is imagined. 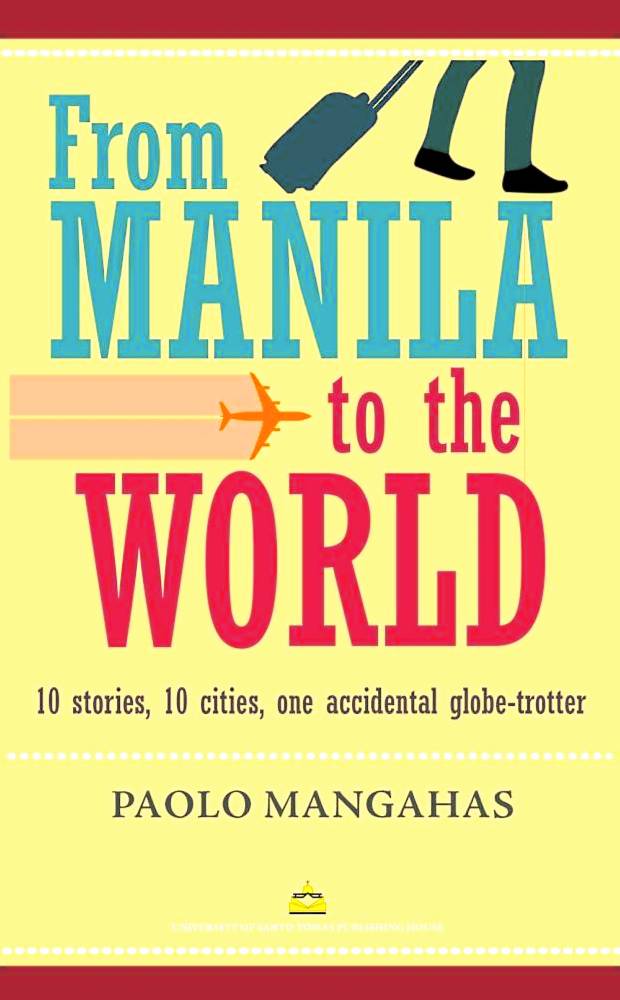 “From Manila to the World: 10 Stories, 10 Cities, One Accidental Globe-trotter” by Paolo Mangahas

No, this is not your typical travel book with tips on what and where in new places. It is a collection of well-written essays of discoveries made while watching the world go by in the many places the authors has visited. He, who detests jet lag, airplane food and inhospitable airports, speaks of external journeys which ultimately become journeys into one’s inner being. 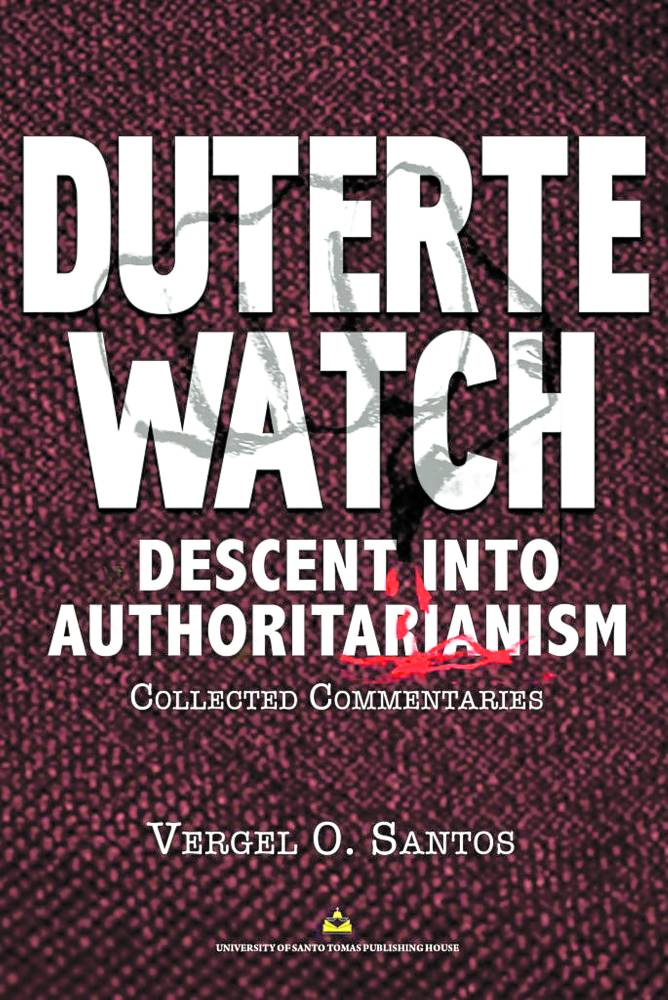 Interestingly, the collection of commentaries written by respected veteran editor and journalist Santos, unintentionally total 101. It may as well be a “101” on how the Duterte government, the Digong phenomenon, was one to be rightly feared as a reprise of the dictator Marcos’ reign. These were originally published in Rappler, the Philippine Daily Inquirer and the New York Times. Santos’ incisive writing deals with politics, press freedom and governance. 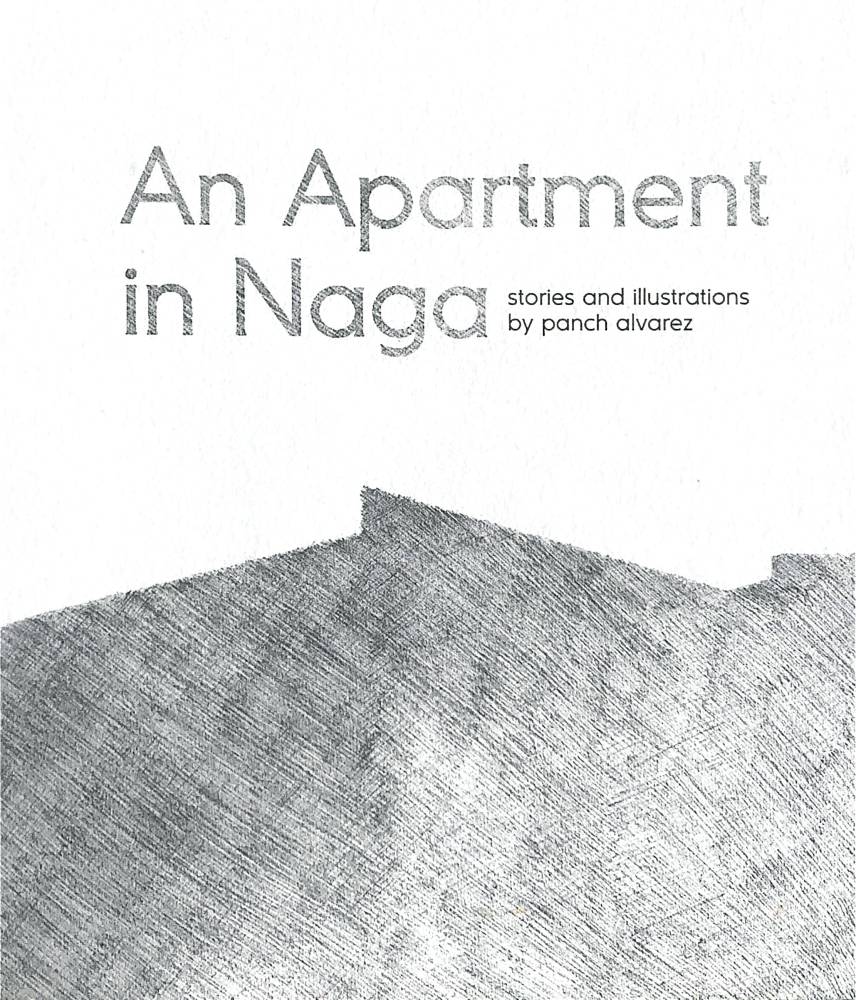 “An Apartment in Naga” by Panch Alvarez

What a series of sightings is revealed by the author of faceless entities, disappearing persons, unknown shadows. The narration is simple yet made more haunting and memorable by the author-illustrator’s sketches. It is tightly and sparsely written, rendered all the more intriguing. 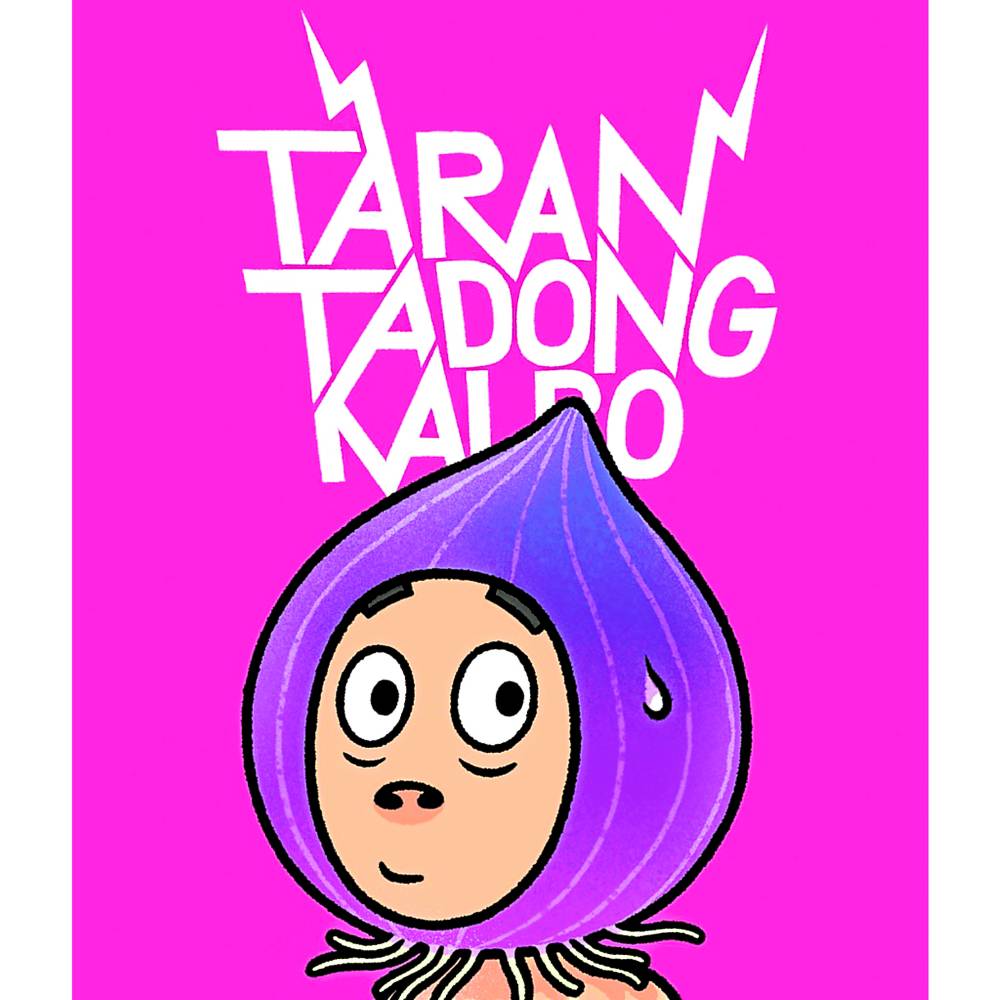 Tarantadong Kalbo is best remembered for the kamao (clenched fist) that surfaced in a sea of a subservient humanity. This completes the cartoonist’s trilogy “ng kabadtripan.” The most political of his works, these were created in 2022, the unforgettable and lamentable year of the presidential elections.

This is Diaz’s much-awaited second novel after his award-winning “The Quiet Ones.” This is a historical novel centering on the life of Yñiga Calinauan, whose quiet life is turned upside down when a retired army general responsible for citizen murders of peasants and activists is arrested in her neighborhood. She flees for what she thinks is safer space.

“The Collaborators” by Katrina Tuvera

This work of fiction has been praised as one with every word in its proper place. On his deathbed, Carlos Armando dwells on his childhood memories and onto the years of martial law and the subsequent times. The novel speaks of examples of collaboration and complicity in our history. 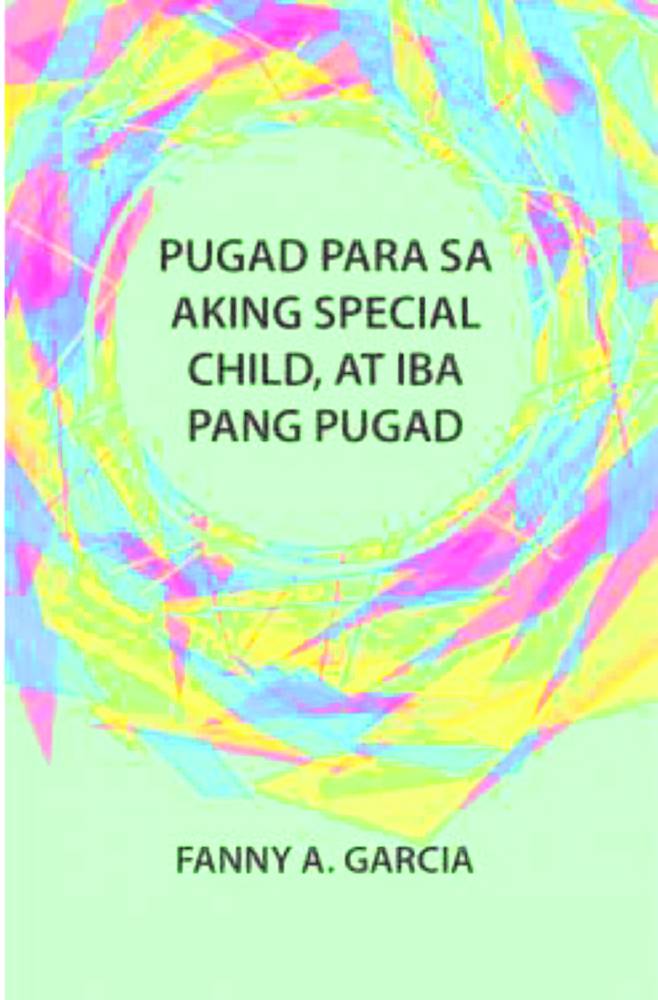 This book is dedicated to her special child, Erick, who is in every way the author’s acknowledged Special Child. A second book dedicated to Erick, the first, “Erick Slumbook: Paglalakbay Kasama ang Anak Kong Autistic,” was well-received and honored with awards. Garcia discovers that in writing about the private and the personal, the public and the political becomes inevitable. 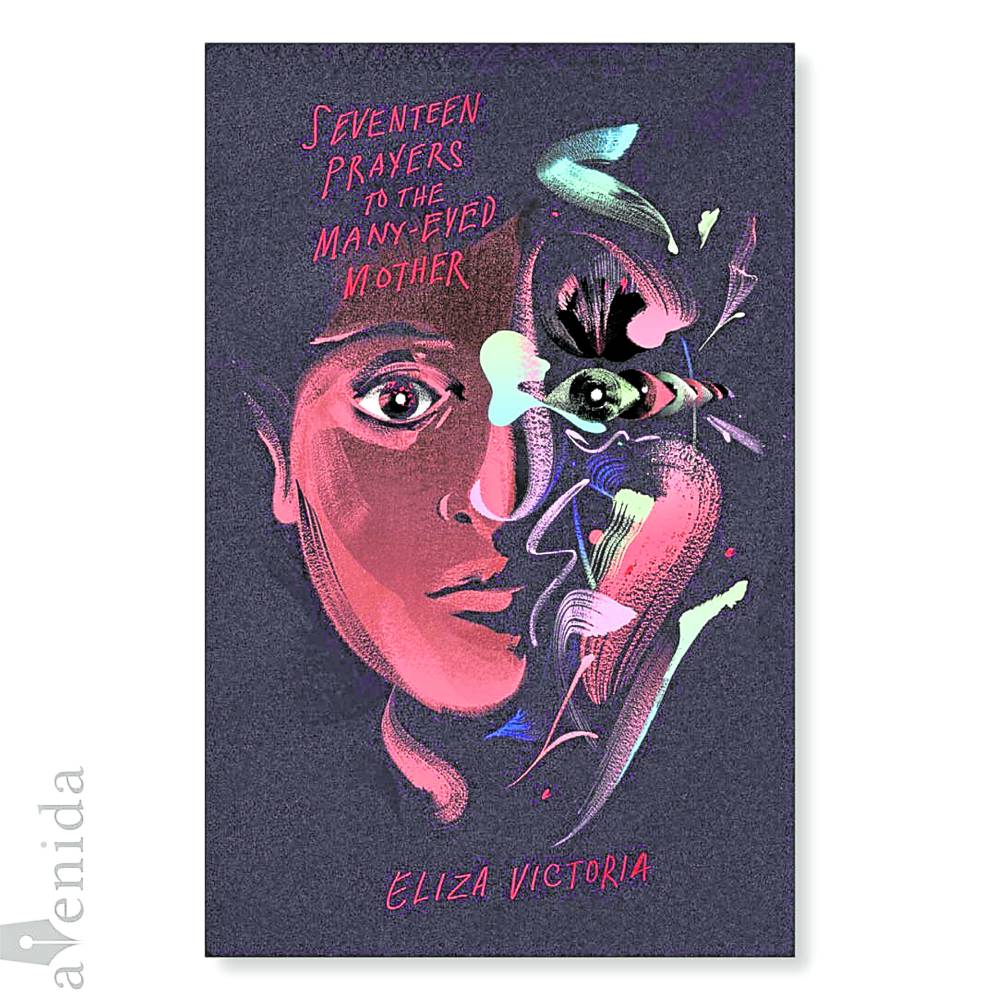 “Seventeen Prayers to the Many-Eyed Mother” by Eliza Victoria

These are 17 stories on the themes of displacement, disillusionment, desperation and loneliness. The hauntingly beautiful cover and designs by Aaron Asis immediately draw the reader’s attention. The title story is a baffling, disturbing one built on jarring images of life in the US and in the home country. 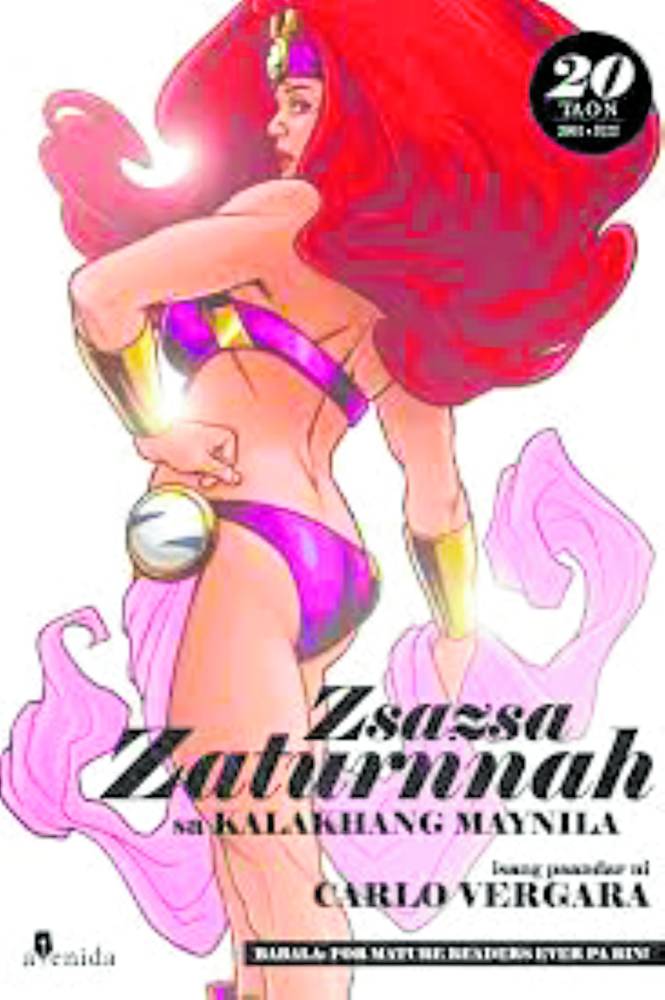 A sequel to the popular zany graphic novel, the first Zsazsa Zaturnnah, “Ang Kagila-gilalas na Pakikipagsapalaran ni Zsazsa Zaturnnah,” this traces the adventures of small-town beautician Ada in the big city. He is with Dodong, lives in the old house of Gwyneth and struggles to earn his keep. Again, the warning that its readership is a mature audience. 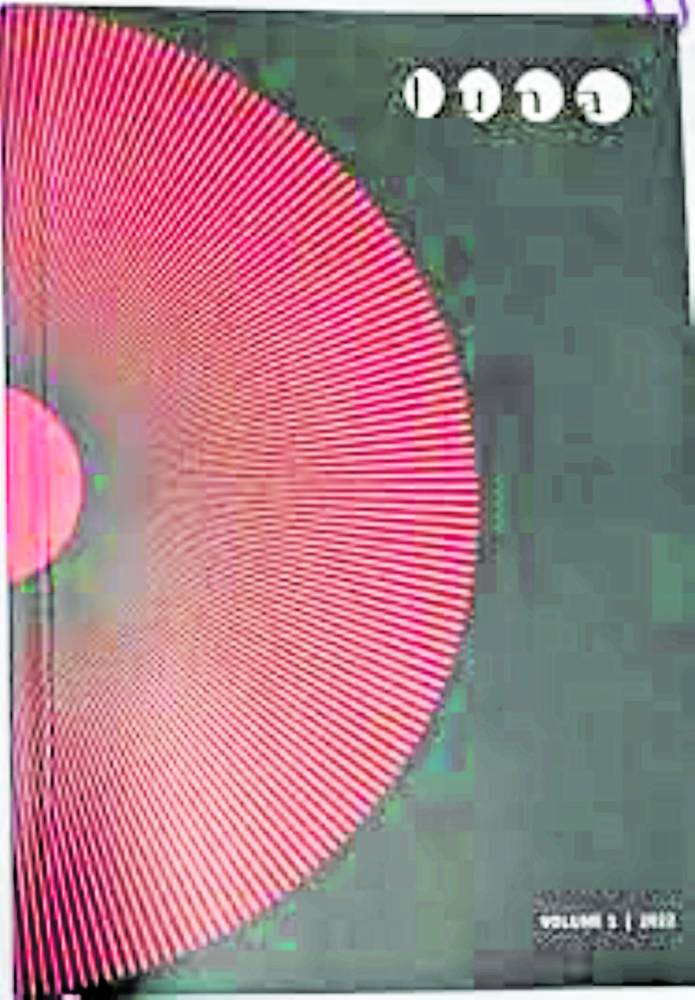 A well-produced handsome journal from a new publishing house, this is an anthology of pandemic writing from established and emerging writers. There is poetry in Filipino and English, short stories and essays in both languages, all sectioned accordingly. A memorable line from the poem “Pulag” by Juan Ekis begins, “If our distance from God is measured/in breaths, why do we fear death?” 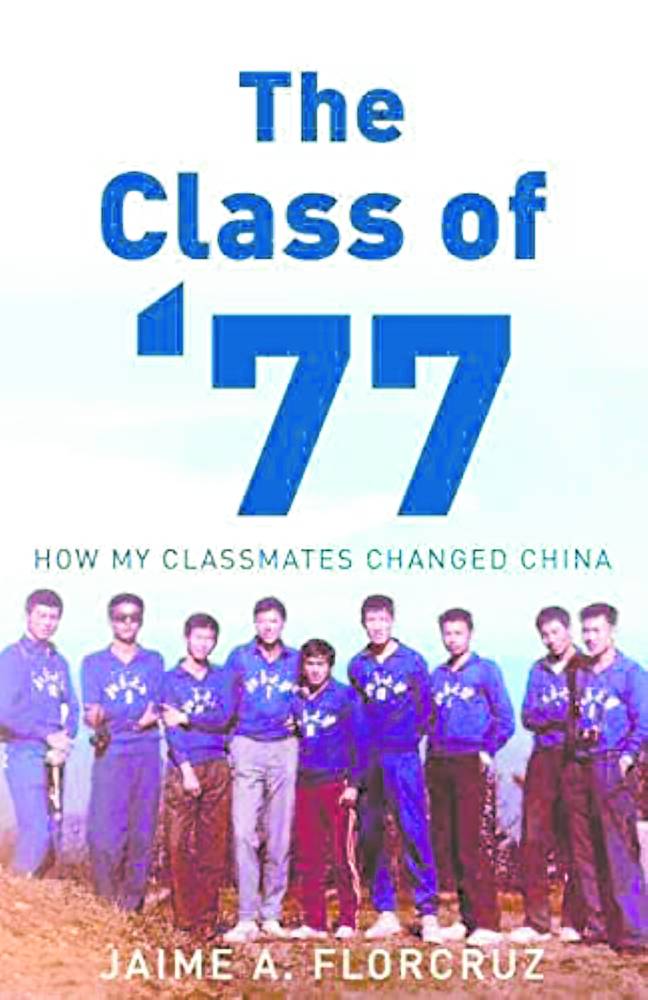 “The Class of ’77: How my classmates changed China” by Jaime FlorCruz

An engaging read, this is a sweeping look at Chinese history, a ringside account of the post-Mao era, a personal memoir of a life that seems stranger and more colorful than fiction. The author deftly weaves the political events with his warm memories of home and childhood in Malolos, Bulacan, and the challenging years of exile during the years of the suspension of the writ of habeas corpus on to martial law. One reads this book with special interest now as the author is the newly appointed ambassador to the People’s Republic of China. 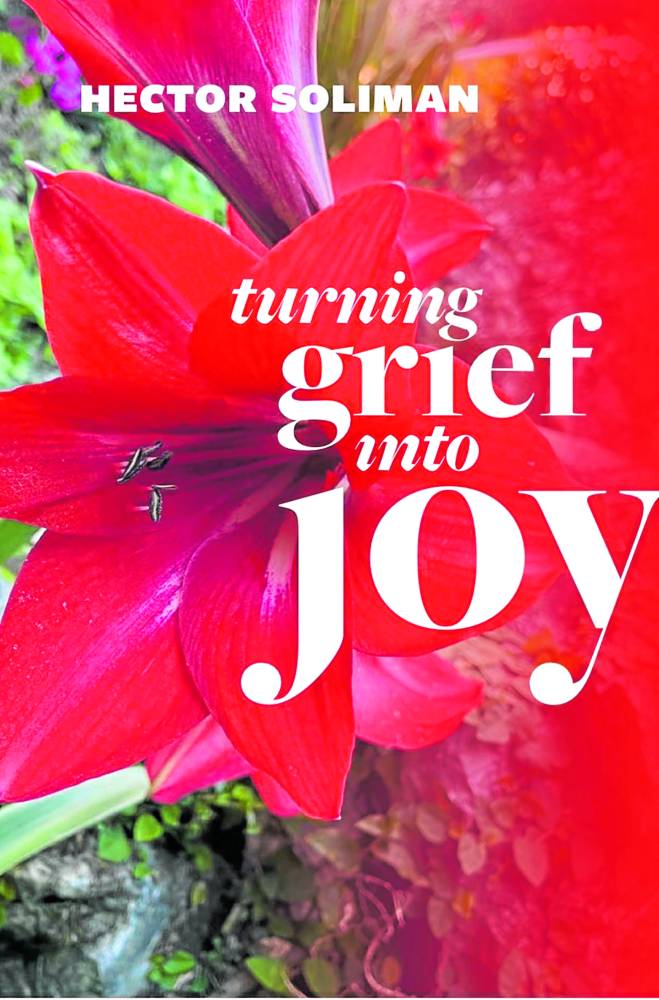 This book grew from the author’s grief journey on the loss of his wife, Dinky, and his realization that others can benefit from his personal experience. This is especially crucial because of the dearth of materials on widowers writing on the topic. With contributions from good friends, fellow widowers Randy David and Men Sta. Ana and brother-in-law Jig Juliano, the book emerges as a way of helping many bereaved others cope. Considered a groundbreaking book in indigenous archaeology, this draws from ethnography and oral traditions. It shows how working directly with Ifugao communities has helped deconstruct old and misleading perceptions about the Ifugao past and present. Particularly “revolutionary” is the predating of the wet-rice terraces to the arrival of the Spanish at ca. 1575 based on Acabado’s more current research. 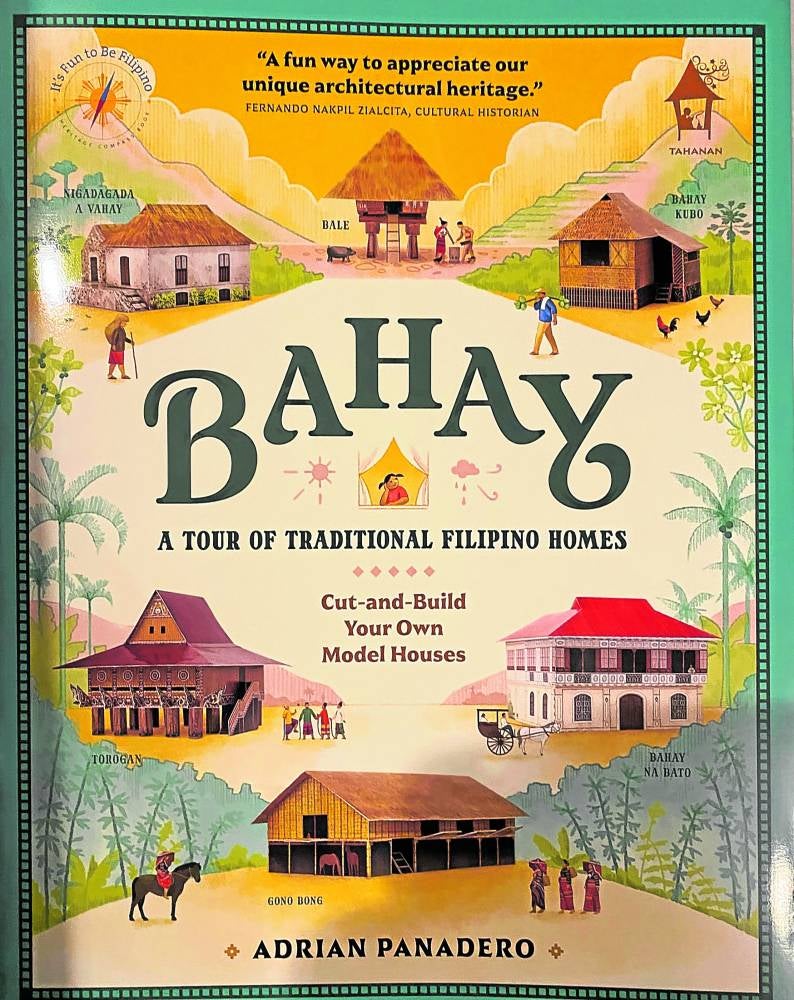 “Bahay: A Tour of Traditional Filipino Homes” by Adrian Panadero

This is an activity book for cutting and building your own Filipino model homes based on six iconic architectural structures. It will engage the young to “build” and discover the bahay kubo, the bahay na bato, Batanes’ Nigadagada a Vahay, the Ifugao Bale, Southern Mindanao’s Gono Bong, Lanao del Sur’s Torogan. What a great way to discover the country’s rich architectural heritage. 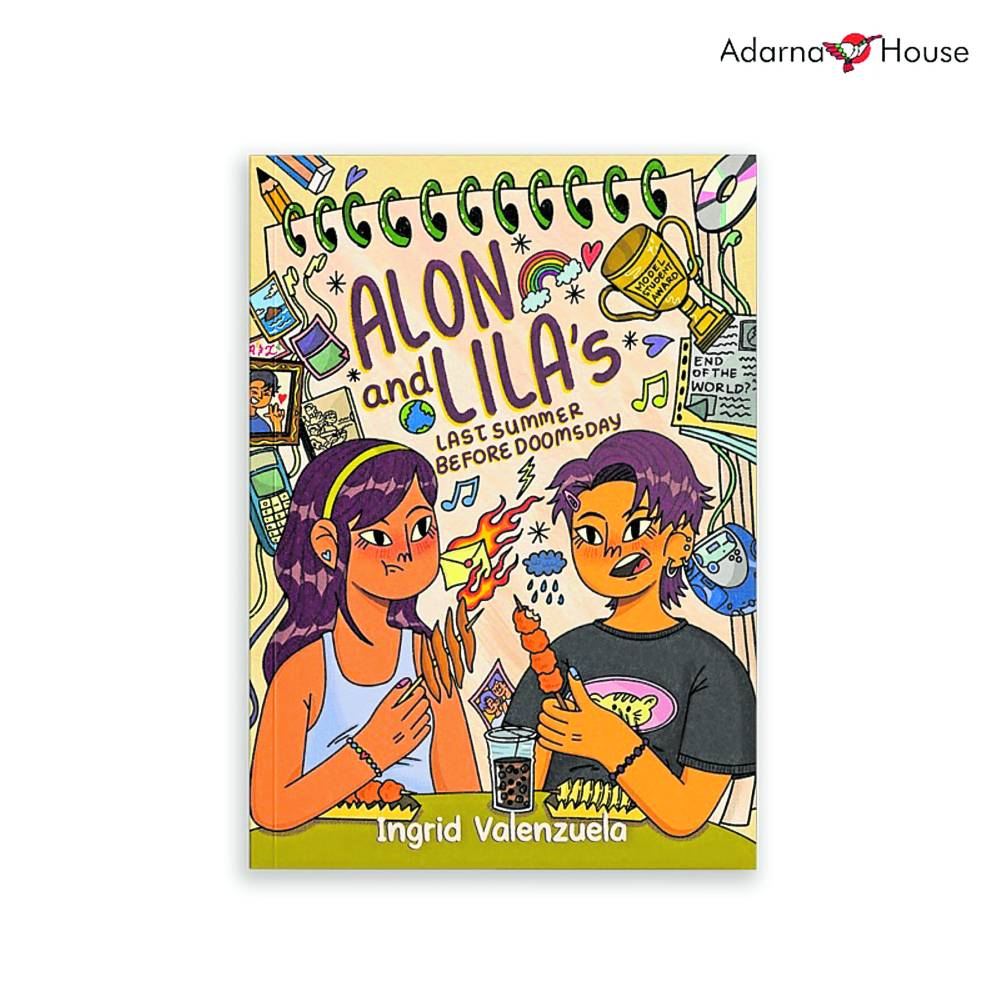 “Alon and Lila’s Last Summer before Doomsday” by Ingrid Valenzuela

This YA novel is about two best friends who are spending their last summer together but suddenly learn that the 2012 doomsday prophecy is nigh. Their deep fears are unraveled and what’s essential in their lives prevails. The chapters are titled “45 Days to Doomsday” down to “01 Day to Doomsday,” “But maybe we can spare a few more minutes to ourselves, to stay in this moment where everything seems to fall into place…” 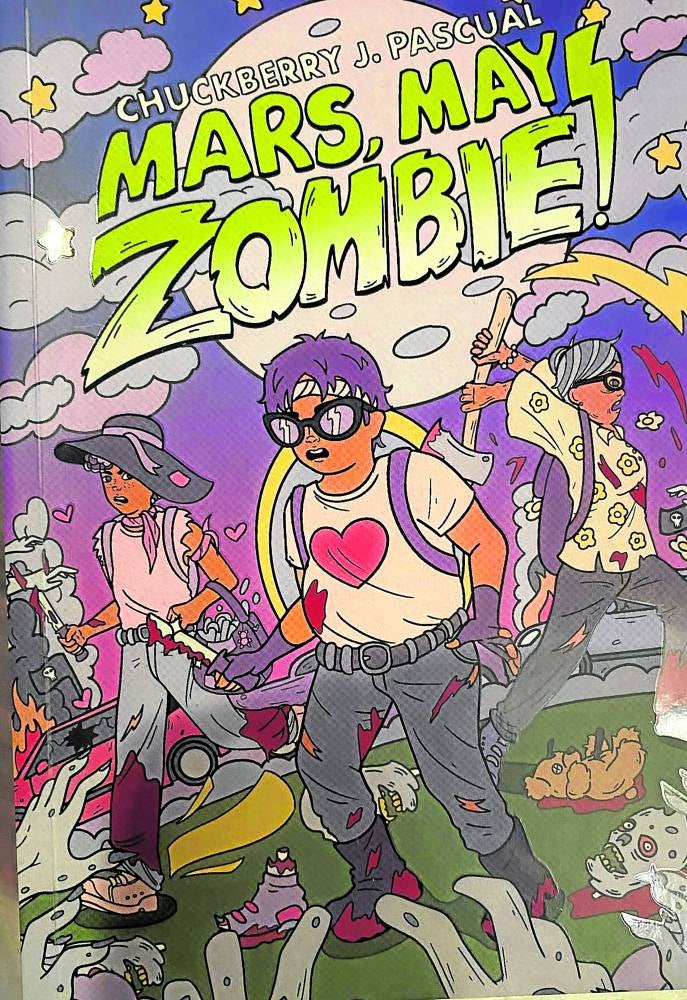 This book of 57 chapters takes place in 2028, eight years after a zombie outbreak that divides the world into zones. The Red Zones are where the survivors are, the Black Zones belong to the zombies, the Blue Zones are where the affluent stay. Mars, along with Lola Vicky and best friend Bey are in search of stuff that may be exchanged—and a bathroom with water. —CONTRIBUTED