Why Muslim Mindanao cuisine is worth celebrating | Lifestyle.INQ ❮ ❯ 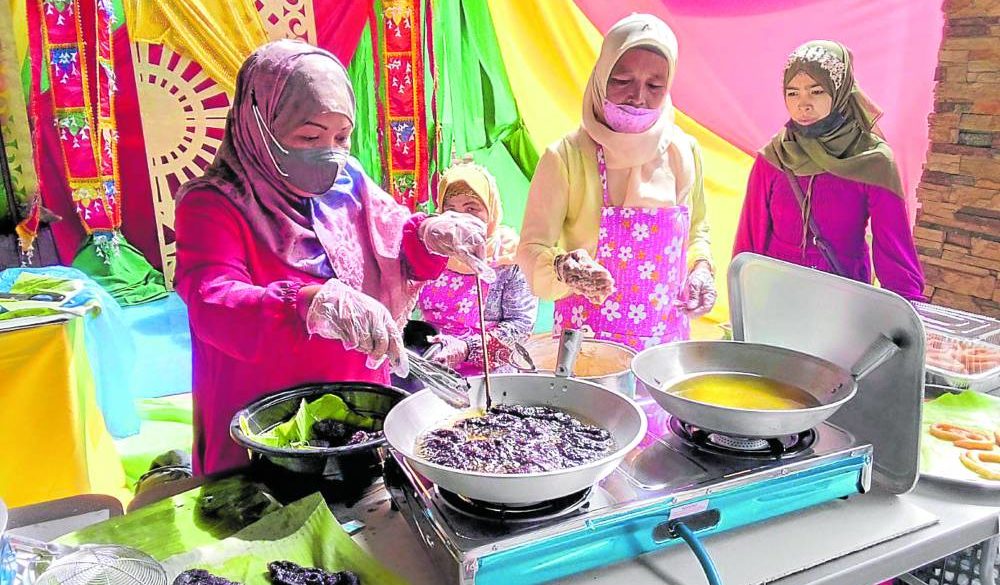 Beef with charred coconut, a traditional dish, is a favorite in the region. —AMADÍS MA. GUERRERO

Why Muslim Mindanao cuisine is worth celebrating

The cuisine of the Bangsamoro Autonomous Region in Muslim Mindanao (BARMM)—main courses, delicacies and pastries—was highlighted recently for the visiting national media during the Shariff Kabunsuan Festival in Cotabato City. The festival celebrated the exploits of the Arab missionary who introduced Islam in key areas of Mindanao during the 15th century.

The “culinary showcase” was held at the Ministry of Health compound in the city’s Bangsamoro Government Center. The covered court was decorated with Bangsamoro colors of green, yellow and red, panels, columns, color, colorful lamps, lampshades, genie lamps, jars and bric-a-brac, mats and the kulintang musical instrument, all providing for an Arabian nights’ type of setting. And it added spice (no pun intended) to the event.

The chefs (one male and several females) sat before the tables groaning with main courses and ingredients, with delicacies and pastries placed on the side. The latter looked like our ampao, puto and an elongated churros known as tumuturisti.

Lininggil is coconut milk mixed with chicken and spices. Tapay is fermented rice, which should be eaten during the day as it has a short lifespan. Another main course is beef with charred coconut. Palapa sakurab is made of coconut link with chilli, ginger, salt, oil and native scallion.

Sinina as main course was goat broiled in garlic, onions ginger and turmeric. “It’s like luyang hilaw (raw ginger),” said the male chef. “Then I placed sakurab and galangal, which is like ginger, plus fresh coconut milk.”

The chefs, or “cultural masters” as they were called, then presented the ingredients, described the process involved, and simultaneously cooked the main courses and ingredients. The food was then served to the guests, who were seated on the mats and ate with their hands in the traditional way; gloves were provided.

Several media guests later gave favorite reviews of the traditional cuisine they had tasted. Roisslaini J. Alonto-Sinarimbo, director general of the BARMM’s Ministry of Trade, Investments and Tourism, described the freshly cooked food just consumed as “very nutritious, no preservatives in all the ingredients. They are halal food, meaning they come from a clean environment.”And halal food is prayed over, some Muslim friends in Manila have informed me.