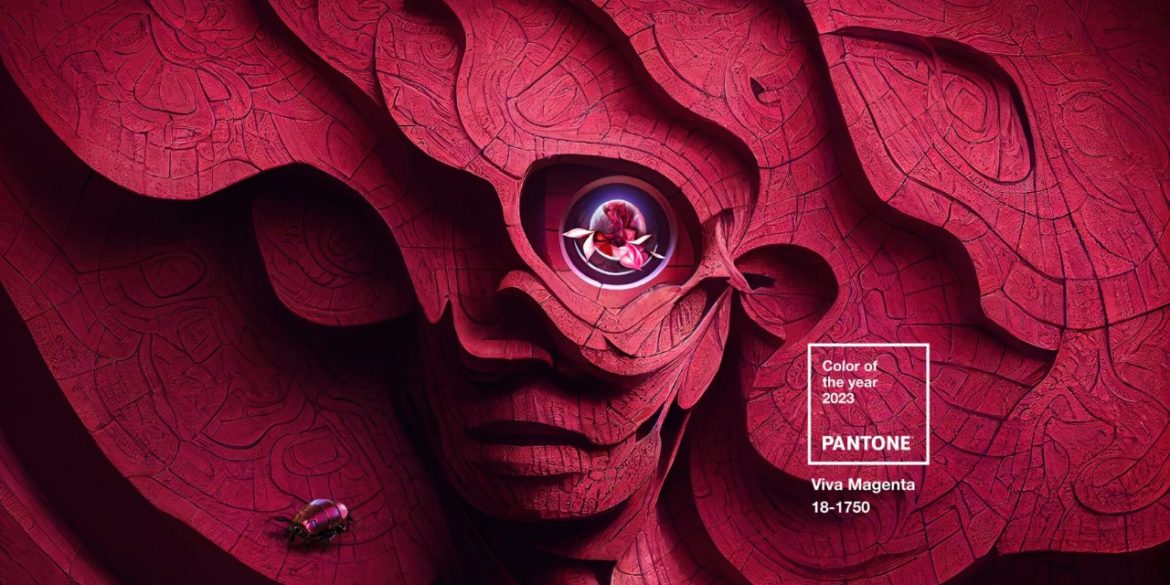 No, this is not Millenial Pink nor Gen-Z Yellow: colors that are not official Pantone names by any means yet trendy enough to cause a widespread following and generational discourse. While not formally known as those names, they share a specific color family from previous Color of the Year placeholders: coming to fruition the same year albeit six months later, Millenial Pink embodied 2016’s official Color of the Year, Rose Quartz PANTONE 13-1520; reversibly, 2021’s Illuminating PANTONE 13-0647 embodied Gen-Z Yellow from 2017, four years after. Coincidentally, those two years–2016 and 2021–share the only double Color of the Year champions: Rose Quartz sharing the position with Serenity PANTONE 15-3919 and Illuminating sharing the position with Ultimate Gray PANTONE 17-5104, colors largely ignored. After all, one is…just gray.

Ever since PANTONE announces a Color of the Year back in 2000, the world stops and wait for bated breath. To some, PANTONE is god; In the eastern world, superstition is key to living the best life through phrases of which they already have a hand on themselves: from “If I wear [COLOR OF THE YEAR] for New Year’s, I might blossom in my career” to “I might find the love of my life” and “I’ll have everything I ever wanted” — this year only at least. And then they do it again the following year. Whether their superstitions come to light, begs to be seen amongst their own doing.

What exactly is Viva Magenta?

PANTONE has described Viva Magenta as, “An unconventional shade for an unconventional time”. The COVID pandemic has come and gone (and come and gone again and again), bringing with it chaos and confusion as well as strength and solidarity, offering the blandest and darkest times of some people’s lives for nearly three years. With that, it’s time to give them color: It is a disobedient pink-red cultivar, an aggressive and dominating one at that. Yet, it doesn’t exist. At least, not really. Because it has no wavelength and no location on the spectrum, magenta is not real. Rather, it is interpreted as a combination of red and blue on a physiological and psychological level. It is more exploratory than encountered.

So where did it come from?

This rebellious hybrid color was historically derived from the cochineal beetles, tiny insects that are native to portions of North and South America; they receive their color from eating opuntia, or prickly pear cacti fruit. Their bodies can be made into a paste and applied to canvas or garments to provide a striking crimson color. The red was so striking, according to stories from Spanish conquistadors, that some people thought it might be magical.

And that’s probably what it is: magic. Magenta and magic, vibrating with vim and vigor. PANTONE’s announcement video even seemingly opens up as a homage to The Wizard of Oz: beginning silently in black and white frames of deserted avenues, street signs that call stay-at-home orders, and people looking outside their windows in face masks, a young child opens their eyes and the world transforms into color; a burst of inspired music begins and every frame is as hopeful as the next. Phrases such as “brave new journeys”, “the courage to act”, and “embrace the unconventional” come into play, and as the music swells to a stop, bold letters that spell out the color emerges, like the hero we need. If that’s not magic, then it’s a revolution. A revolution that only evolves with time, superstitious or scientific.

Magenta, after all, can mean plenty of things.

It serves as a foundation for digital representation, essential to the four-color printing process, along with Black, Yellow, and Cyan.

It is the trend that shocks the eyes, dominated by runways and red carpets by fashion labels like Valentino, Versace, Schiaparelli, and Balenciaga.

It is the phone PANTONE partnered with Motorola to market the Color of the Year.

It is louder, animated, and strange; The far-more eclectic cousin of the Barbiecore trend, doubling down on “dopamine dressing”.

Most importantly, PANTONE described the multi-use shade as, “writing a new narrative”. Color can change the world. Or, at least, how we view it. Each of us has a distinct sense of who we are, and the boldest thing any of us can do is display those traits, to show our true colors. Only then can we hope those characteristics and qualities are shared back with us, in hopes we don’t get lost in the technicolor world of translation.

With that in mind, PANTONE COTY 2023 may share its most important color yet: one that offers hope, promise, and risk. A blend of red, pink, violet, and blue: colors that evoke such an evocative response to images and feelings. PANTONE 18-1750 may be the color of imagination but it is realized, seen, felt. It conjures up feelings of happiness, upbeat celebration, strength, and dynamism—emotions that, to put it mildly, haven’t been particularly prominent over the past few years. This color is exactly what it looks to be: about staying true to who we are, whoever that is, so that we may find ourselves more in a positive reflection in the spectrum. And like almost all superstitions, we tend to believe in it: Maybe this year, we’ll truly get what we always wanted. Long Live Viva Magenta: A Revolution.