The literal trendsetters of fashion: A rundown of the most talented creative directors in menswear today | Lifestyle.INQ ❮ ❯ 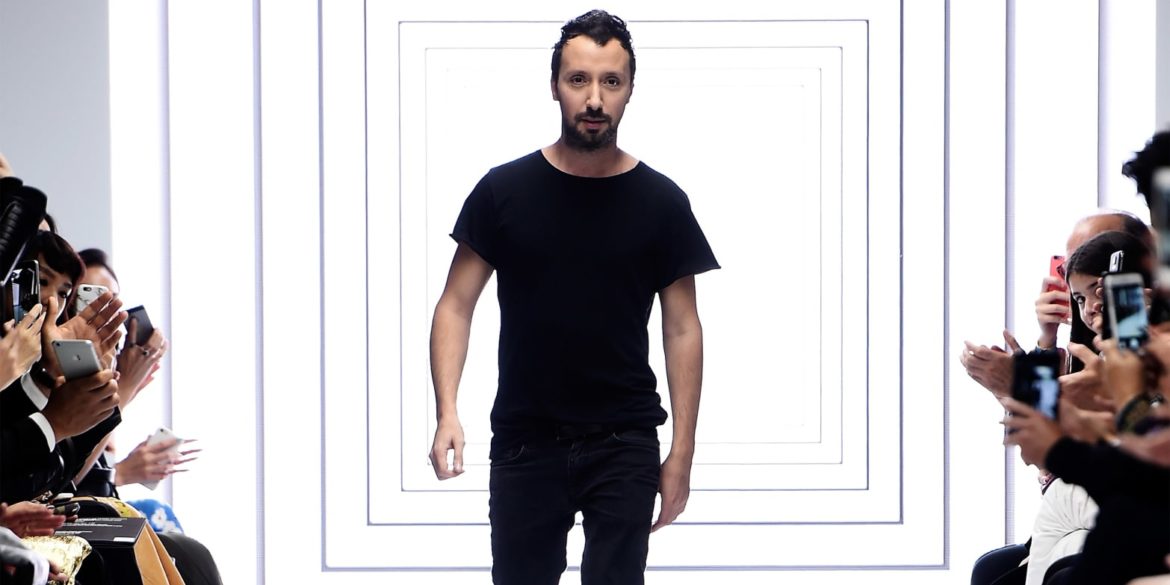 The literal trendsetters of fashion: A rundown of the most talented creative directors in menswear today

Unlike celebrities and influencers who we know by face and name, these creative geniuses are less public figures, and more private trendsetters. Creative directors are the ones behind the collections we’re always jumping to see in each fashion week. They’re the ones in charge of vetting or voiding ideas that culminate as the brand’s vision, from designs to marketing. Creative directors are similar to the playmakers in the NBA league, and in that fashion, they’re also being “traded” in and out of various brands, so different fashion labels get a distinct taste of each personality, cultivating a namesake for labels like ‘Alessandro Michele’s Gucci’ or ‘Hedi Slimane for Celine’.

Get to know the faces behind the designs featured in the menswear collections in this season’s fashion week.

The just-turned-41-year-old Belgian fashion designer had very big shoes to fill after being the next heir to Hedi Slimane’s 4-year reign as Saint Laurent’s creative director. Vaccarello actually graduated majoring in Sculpture at the L’École de la Cambre in Brussels but found his way to fashion ever since. Vaccarello has won several fashion awards in France but it was Karl Lagerfeld who first brought him into the inner circle, hiring him to work on Fendi’s fur line. The young Anthony has always kept his signature looks consistent since he started fashion designing: black-and-white classic silhouettes with a sexy, sophisticated aftertaste. His intention for the latest menswear collection in Paris was inspired by none other than his own designs in womenswear. In a GQ interview, the designer rushed to tell his vision 10 minutes before the show’s opening, “I really want to put the man and woman at the same level, I don’t want to make them different…there’s an evolution [here] into a new collection, but I’d like to start with what he could have worn from the woman last season, and how he can reinterpret that in his own way.” From that, we see Vaccarello referencing last season’s womenswear trend: the iconic Saint Laurent hoods and even Tom Ford’s Yves Saint Laurent FW99 bow button-ups.

The iconic hoods and satin in black and white: a classic Saint Laurent collection by Vaccarello, loved by all, including Jenna Ortega who stuns in a backless number from the designer. Image Source: Saint Laurent

His takeover of Loewe in 2013 was with an ambitious goal of turning the label into one of the most sought-after and innovative brands in the 21st century, especially with his creative genius on the recent Loewe SS23 menswear collection where each piece that featured a patch of real plants took at least 20 days to grow from seedlings in a temperature controlled room. But Anderson proves he’s not just a one-brand-wonder. His own label, JW Anderson was packed with excited guests to see his undoubtedly one-of-a-kind mind in this season’s Milan fashion week, where he announced to show his future collections from now on. In his most recent show, the collection flowed like a story waiting to be told—opening with two models in underwear with rolls of fabrics under their arms, it’s a gradual collection that mimics the ‘dressing up’ process. Anderson, known for his understated but wildly created pieces, also pays homage to Prince Harry’s frog boots in a footwear collaboration with Wellipets. Other pieces branch away from classic tailoring and hug onto Anderson’s drastic takes on menswear, such as a wavy shearling-lined leather jacket and a drop-down floor-length trench.

The creative heir in the Fendi dynasty, Silvia wins our hearts yet again with her latest menswear collection showcased this Milan fashion week. She has been at the reins of menswear and accessories in Fendi since 1994, proving to us that she understands the evolution of fashion time in and time out. As the creator of the infamous Baguette bag, she took it to new heights by literally creating a bag that looks and is shaped like a baguette, which Venturini says, “This is very much for the French market.” After celebrating the 25th anniversary of the Fendi Baguette with Tiffany & Co., Silvia just teases us to doubt her never-ending supply of creative juices. In a masterful whirlwind of skin-showing knits, Fendi’s reversible iconography, and luxurious outerwear, Venturini proves that she always has something up her sleeve. Self-describing this new collection as “cozy, sexy, and cool”, the pieces showed off in neutral shades were paired with dynamic textures and poignant twists to the classics.

Venturini seems to have a VERY deep well of creative ideas for reworking her most famous pieces, the Fendi Baguette, and logo iconography. But surprisingly, it just never gets boring. Image Source: Fendi

The Caten twins prove that age is really just a number with their semi-eponymous label, Dsquared2. As one of the brands that create the most adventurous and colorful pieces for fearless fashionistas, the 53-year-olds dreamed up a class of outcasts finally shining under the spotlight for their latest most talked about show in Milan fashion week. The geeks, emos, jocks, and goths unite on the runway for their menswear (that also featured womenswear) show. It featured provocative messaging like, ‘Choke’ or ‘Cute & Nasty’ in their statement t-shirts, unbuttoned, heavily distressed, and patchworked denim, together with a play on the oversized rodeo belt buckles and trucker caps. Dean and Dan yet again prove they’re not afraid to show their wild side. This collection feels like tripping on textures, colors, and dynamic styles in a classroom of teenage individuality meets Western rodeo.