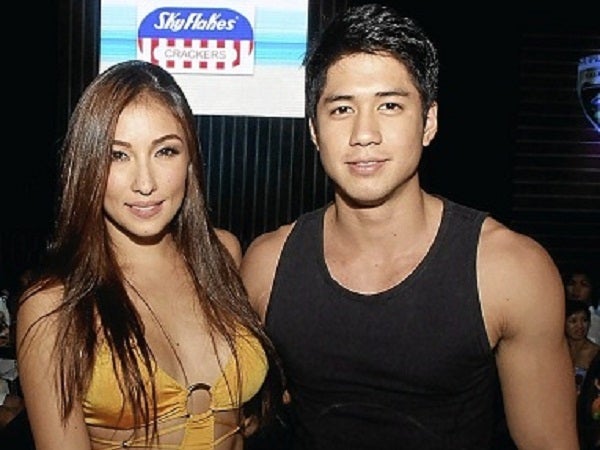 Sweating for my summer figure–screaming allowed!

The war against fat is a constant battle for many. Especially during summer, this heated issue spans many areas—fitness, nutrition, hydration and, for the braver set, even cosmetic surgery.

We all love Vicki Belo, but I’m keeping her clinic as my last option. My wellness routine includes so many physical activities, ranging from Bikram yoga to running, swimming and even wakeboarding. On top of all that, I have added two new programs that are surefire ammo in the Battle of the Bulge—Crossfit and PlanaForma.

CrossFit (see www.crossfitmnl.com for free trial class) is a fitness program for everyone from couch potatoes to seasoned athletes. It was originally developed by legendary coach Greg Glassman after his many years of watching, working with, and coaching all types of people.

My son Bryan Prieto and I took our first trial class with coach John Britton in the Crossfit branch in the Army Gymnasium along Lawton Avenue in Taguig City. It’s a high-intensity workout, comprising a series of varied movements. Crossfit, as the name implies, is a complementary cross training to any sport’s usual regimen.

Our class was a varied mix of seasoned Crossfitters and newbies. For the session we did a combination of cardio, track, plyometrics, rowing, gymnastics, kettlebell and even weightlifting.

The other fitness craze of the moment is PlanaForma. This intense, 55-minute session combines yoga, Pilates and dance in a high-impact workout done in a studio with the addition of irresistible dance tunes.

PlanaForma (for class schedules, see www.forma-asia.com) is based on the key principles and techniques of Physique 57, a focused workout with a cardiovascular program of isometric exercises and orthopedic stretches. Target-specific exercises work on the abdominals, thighs, hips and seat muscles, while strengthening the back muscles and working the hamstrings. The best part is, screaming is allowed!

This summer, PlanaForma has added special summer class packages for all thigh warriors. Dance classes like ballet, jazz, hip-hop, contemporary and Zumba are also offered. Call PlanaForma at 0917-8094392. They are located at the 6/F, Jecoprime Building, 20th Drive, McKinley Business Park, The Fort.

Zumba is another super fun way to lose weight. I was introduced to this high-energy dance routine at the Nestlé Fitnesse Shape Up Night at the NBC Tent recently. That event was the biggest Zumba party in the country ever.

The unique play of lights and the inviting music vibes is the Zumba difference. Host Iya Villania was perfectly grooved as she invited the crowd to try Nestlé Fitnesse’s 14-day program.

I can imagine that if one were to do CrossFit, PlanaForma and Zumba, he or she would be a prime candidate for the Century Tuna Superbods. The 20 finalists for this hot event were in Boracay for the finals of the 2012 Superbods edition, subtitled “Salute to Sexy”—as if such were not painfully obvious enough.

Celebrities from all over flew to Bora to mingle with the Superbods. In the end, John Spainhour, a 24-year-old former US Marine, and Monika Sta. Maria, a 20-year-old model, bested the other contenders to emerge as the individuals who best represent the country’s No. 1 healthy tuna.

John and Monika not only had the hot bodies, they had the impressive wit to wow the elite panel of judges, among whom were some of the biggest names in fashion, print media, advertising and business. These included fashion mavens Rajo Laurel, Charina Sarte and Jenni Epperson, Cosmopolitan editor in chief Myrza Sison, master photographer Marc Nicdao, PC&V president Ariel Comia, and Century Canning general manager Greg Banzon.

Solenn, of course, is also one of the endorsers of Magnum Ice Cream, that paragon of ice cream desserts. It’s really the best way to cool off in the midst of a hot and heavy summer. Magnum Ice Cream Bar had its Bora Beach encounter recently, bringing its super cool bar to the super hot beach.

My little daughter Athena will also have her own beach party as she turns seven next month. For her Moving Up Party, Toms Philippines created wonderful shoes for all her guests, each personally designed for each child after they chose which design they wanted on their shoes.

Toms is a company founded on charity, established in 2006 when American Blake Mycoskie was traveling in Argentina and came across a village of shoeless children. In short order, Shoes for a Better Tomorrow, now known as Toms, was born.

Last April 10, Toms held “One Day Without Shoes,” a global event designed to spread awareness of the impact a pair of shoes can have on a child’s life. Together with its giving partner, WE International, Toms Philippines was one of 3,000 events in 50 countries, during which it encouraged everyone to go barefoot for even just a few minutes, to understand the importance of shoes.

Toms partnered with Ayala Malls, holding the event in Greenbelt 3 Park in Makati. The highlight of the day was the Walk, as hundreds of supporters took off their shoes and took a walk in the streets to champion the cause.

To date, Toms has given over two million pairs of new shoes to children through giving partners around the world. This is truly the sort of company that betters the lives of Filipino children as part of its own corporate objectives.