The man in the middle | Lifestyle.INQ ❮ ❯ 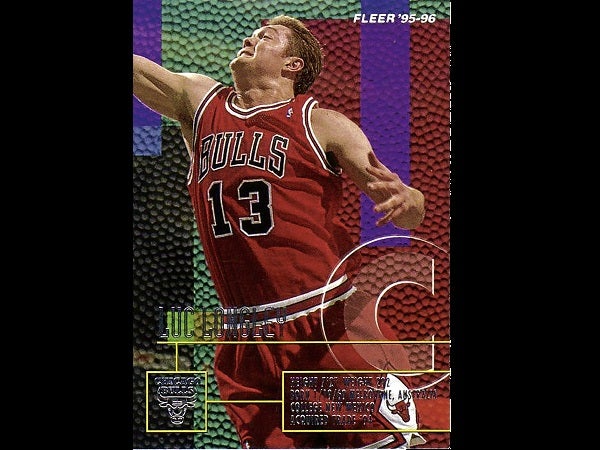 The man in the middle

It’s always an honor and a privilege whenever NBA stars visit our basketball-crazy country. And it is much sweeter if the one visiting is still being loved and admired, even if he has already been away from the game for over a decade.

Former Chicago Bulls center and three-time NBA champion Luc Longley is the latest hardcourt legend to grace the country and share his knowledge, particularly with the kids of this year’s edition of Jr. NBA. The 7’2” Aussie is well-remembered as the man in the middle for Chicago from 1996 to 1998, playing alongside the likes of Michael Jordan, Scottie Pippen and Dennis Rodman.

For someone who followed the Bulls in the ’90s, I got so excited learning of his arrival that I immediately searched for my old Chicago Bulls commemorative book and looked for a perfect spot where I can have him sign an autograph for someone who was trying to relive the memories of his teenage years.

How has your stay in the Philippines been doing so far?

It’s been surprising. Really surprised by how warm the Filipino people had been, and also how into the NBA everybody is. I haven’t seen anything like it, it’s like I’m back in Chicago.

Have you tried any local food?

We’ve been to a couple of restaurants and the Governor of Cagayan de Oro took us out and gave us a beautiful local meal the other day. I had something interesting too from room service last night. It was a big rice paper roll with pork and prawns and fresh onion.

How young were you when you first started playing basketball?

I didn’t start playing organized basketball until I was about 13, but I was around the game a lot because mom and dad played. I wanted to be a rugby player but I started to grow big. I was long and skinny, wrong shape for rugby. Both rugby and basketball are winter sports in Australia so I had to choose one.

You were the first Australian ever to make it to the NBA. How was the pressure back then in your country during those days?

There was lot of pressure and big expectations, but I was a young man, I was 21 years old, and I didn’t even think about that. I was trying to figure out how to get my shots or how to guard David Robinson and all those things. But when I got older and more mature, I started to understand the pressures and take them more seriously.

Of all the big men you have battled on the court, who do you consider the toughest to guard?

I saw David Robinson a couple of months ago during the All-Star weekend in Orlando, and it was the first time I’ve ever spoken to him and I told him about how, when I was a rookie, he gave me 50 points in two games. And what really made me quite sad was that he didn’t remember. He was really the hardest for me to defend. He was long, he was fast, he was strong. I can fight with Shaq (O’Neal) but Robinson was just too slippery for me.

I heard you were involved in some marine advocacies, can you talk more about that?

Yeah, I can talk all day about that if you like. When I was a kid, before basketball, what I loved most was fishing, diving, surfing and the ocean. As long as I had sandy feet and wet hair, I was happy. In fact, when I got recruited to go to college in America, I went from the beach to the gym and I forgot my shoes so I had sandy feet and wet hair and I was playing basketball, but they recruited me anyway. I wanted to bring my kids up in the same situation where you can go down and catch fish or dive for lobsters, pick mussels off the rocks and eat.

As a result, I got in the conservation stuff because I think we are in a critical time now, or we may be even past the critical time where the ocean’s resources are depleted; it will become a self-fulfilling prophecy. So we fight campaigns around resort development in sensitive areas and I find it quite rewarding. We don’t win them all and sometimes we ask for something and we get halfway there, but that’s better than nothing. We’ve had several fisheries in Australia collapse lately, fisheries that we thought were fine, so there’s a lot of work to be done.

Who are you rooting for in the NBA playoffs?

Oklahoma City. I jumped into the bandwagon. They’re balanced, they’re hungry, they’re young and they’ve learned a few lessons in the past.

How long do you see yourself getting involved in basketball in general?

I think basketball is in me. It would be basketball people at my funeral.