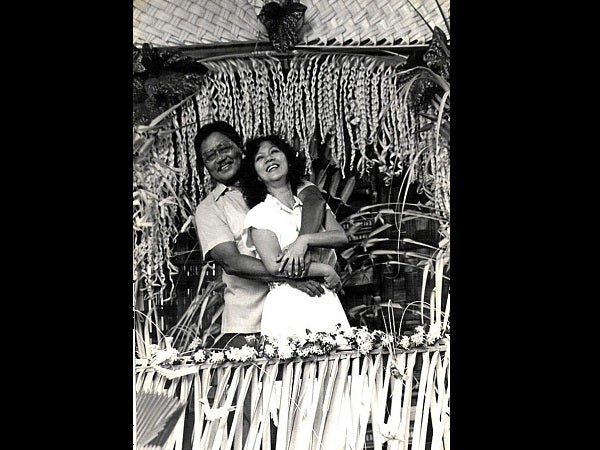 All marriages are perfect

That was a conclusion I had arrived at many months after my husband’s death. It was a contentious marriage. We were the opposite of each other—qualities he didn’t have, I had, qualities he had, I didn’t have. Which should have been, if you blanked out everything else, a perfect fit.

But the underside of it, and the reality, was that he didn’t like my friends and I didn’t like (many) of his friends. I liked people in general; he would rather do without them. He only liked going out with his children and me (because I was their mother), and I liked going out with the children and him—but also with everybody else some other time. He felt overwhelmed, I felt limited.

He was an excellent provider and a control freak, which I assumed to be the marks of a good corporate executive. He controlled everything, from the expenses, to the household menus, to the help and to the travels, and he was generous with his money. And so I was powerless, and never toiled, and had a comfortable existence in a nice house with a garden, my own car and driver, maids, endless good food in the larder, all of which I took for granted.

But then, he took for granted, too, that I could be a wife to be proud of. I was making a niche for myself publishing noteworthy books, producing memorable theater and writing for the newspapers, even if I couldn’t bake a peach pie, for heaven’s sake! (To this day I do not know if he was proud of me or ashamed of me.)

We had more or less assumed areas of responsibility—his, the “outer” ones like the material needs of the house and the garden around it that he loved. Mine, the interior of the house which I filled with my type of art. Metaphorically, “outer” also stood for the master of the house feeding our bodies well. “Inner” meant the care the misis took to nurture the children’s self-confidence and to feed their souls with some art and humanity.

In a letter he wrote me when he was 19 and I was 18, he displayed the most frightening angst I had ever been privy to in another person. We were crazy about each other (though not always thereafter), and if we married, I knew I had to focus the eternal sunshine of my optimism on that horrible gloom. Exhausting, because I never got any moral boosting. He knew how to water plants, not people. That was my job, my nonmaterial contribution to the relationship.

So, perfection? Perfect marriage? Not in the sense we always think of as perfect, as in nirvana, as in haven of rest (only sometimes). Compatibility doesn’t mean you won’t fight. It only means you’ll still be there when the going gets rough, and never give up.

One attracts the person, one needs to work with spiritually in this life. We simply call it “falling in love” and don’t care to understand the rest. Marriage is a purification process, a grinding, though the battle work has a greater purpose.

Couples have a hard time reading each other right. Why does he insist that I order that expensive juicy steak when he should darn well know by now that I prefer a fish? (Because he wants you to have what he truly thinks is the best?)

Why do you, in turn, surprise him with that exquisite piña barong when all he wants is a comfortable one like his clerk is wearing? (Because you want him to look his best, to look like the important man that he is).

But each one misses the point, of course.

Relationship is constant adjustment, endless chiseling away of rough parts. To be happy in a relationship is a choice, not a given. But just staying put in one’s role through hell and high water is compatibility. And it is a major victory when marriage lasts till death do you part.

It took death, a distancing, and the closing of a circle for me to understand the bigger picture. To realize that we had simply followed a tremendous and flawless eternal pattern, and therefore, how perfect our marriage had been, how perfect every marriage is.