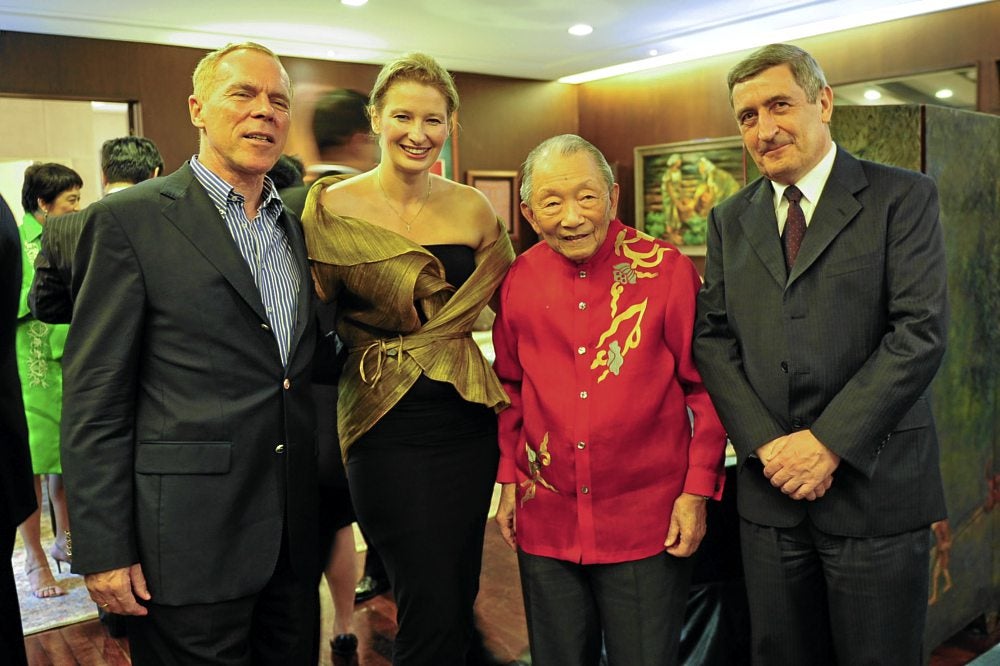 Look who came to dinner

Besides boasting the biggest number of attendees in the history of the Asian Development Bank conventions (more than 5,000 delegates from 67 member countries), it was the universal love for good food and drinks that made “Manila 2012” all the more memorable.

“Manila 2012” was the Philippines’ hosting of the ADB’s 45th Annual Board of Governors Meeting barely two weeks ago.

Renowned restaurateurs Glenda Barretto and Margarita Fores were among the popular caterers for this mammoth undertaking. Favorites from Barretto’s Via Mare were served buffet-style in the homes of Ambassador and Mrs. Jesus Tambunting and Mr. and Mrs. Benjamin Philip Romualdez, while Fores’ eclectic menu was a hit among guests to Washington SyCip’s sit-down affair and George Ty’s al fresco gathering.

Finance Secretary Cesar V. Purisima, who chaired the Executive Steering Committee that organized “Manila 2012,” thought of organizing dinners for the ADB guests. He got this idea from his own experience attending the meetings of the Asia-Pacific Economic Cooperation.

Purisima also conceived the Philippine Corporate and Investment (PCI) Pavilion at the SMX Convention Center, which showcased the strength, resilience and potential of the Philippines and its people—in seminars, socials and an exhibit centered on key growth drivers: tourism, PPP, IT-BPO, agribusiness.

Still, it was the chance to bond with new friends over some of the most sumptuous food and drinks that made this year’s ADB meeting an event the delegates will be talking about for a very long time.

Said Purisima, “Manila 2012 has put the Philippines back on the radar screen of the international community.”