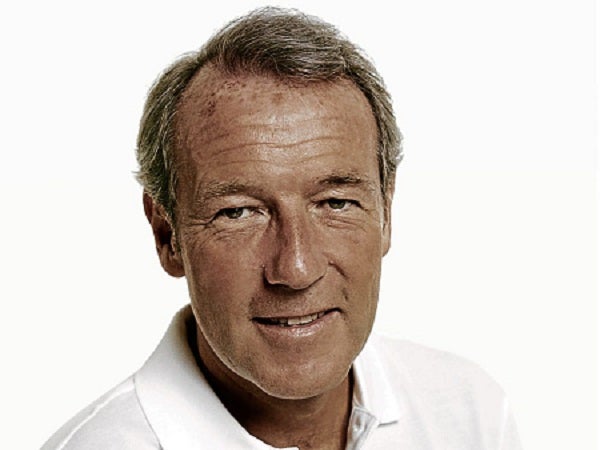 Christophe Chenut is the chief executive officer of Lacoste, the French sports apparel brand with a little green crocodile logo considered one of the most recognizable in the world.

Last month we sat down with the 49-year-old Frenchman at the Hainan Rendezvous in Sanya City on Hainan Island, China. Chenut, who joined Lacoste in April 2008, coming from the French sports publication L’Equipe, apparently is no stranger to the Philippines.

How would you describe your transition to Lacoste from L’Equipe?

Joining Lacoste was not very difficult.  I felt that coming from L’Equipe, a sports newspaper, and my previous experience as CEO of DDB, the advertising agency, gave me the background to do the job I am doing today, which is promoting a sports brand.  You can say my job now is a fusion of my two previous experiences.

Is Lacoste planning to make a more aggressive transition to fashion?

Lacoste started at a time when the attire for sports like tennis and golf was considered stylish.  Having said that, it has only been in the last 10-15 years that we have made a move towards lifestyle.  When I say lifestyle, I’m referring to a brand like Ralph Lauren.

Christophe Lemarie, our designer, has played a big role in recent years in the successful evolution of our brand.  We launched Lacoste Life and Lacoste Women this year, and we will make more inroads towards fashion, but we still do not consider ourselves a fashion brand.  I would say we consider ourselves a lifestyle brand with a strong sports heritage.

How important is your sports heritage to your brand?

It’s very important to us.  It is our strength.  While the styles have changed since the company started, we have always tried to maintain a close link to men’s tennis and women’s golf.  Christophe Lemarie has helped modernize our look, but if you look at our shirts you will still see that the style has not changed much, with the exception of the colors.  We are more modern now and have moved away from the all-white shirts.

Why is your heritage based on men’s tennis and women’s golf?

How did Lacoste get American Andy Roddick to switch from Reebok?

I was not with the company yet when Andy Roddick made the move, but I know the story.  In 2005 Roddick was looking to switch sponsors.  He was looking for a sponsor that would provide him the attire he could wear both on and off the court.  Almost at the same time, Bernard Lacoste was looking to relaunch the brand in the United States after we bought back the rights of the brand from IZOD.  I guess the timing was perfect and Andy chose Lacoste as his new sponsor, and we are very happy with that.

Why are top French players Monfils and Tsonga not with Lacoste?

We tried to get Monfils, but he told us that he has always played sleeveless.  There is only so much we would do to get a player, and as for Tsonga, we just missed him.

When Roddick retires who will be your new brand ambassador?

We actually just recently signed American tennis player John Isner, who recently defeated Federer at the Davis Cup.  When Roddick retires he will be the continuation of our commitment to the US market. However, that does not mean Andy will leave us.  He will be our ambassador for quite some time.

How do you deal with piracy?

We are very active, with other brands, in fighting piracy.  But in all honesty, we do not really lose customers to them.  Those who are willing to pay $10-$20 for an imitation shirt is not the same customer who will buy one of our shirts at $75. But nevertheless, we like to remain active in fighting piracy as a commitment to both our customers and our distributors.

What is your outlook for Asia?

Asia is nothing new to us, as we have been here for quite some time. You see, Bernard Lacoste’s philosophy was to expand wherever possible. So when opportunities to open in Asia came, he took them.   Today our Asian market is one of the fastest growing markets for us.  When I joined Lacoste  in 2008, Europe represented 62 percent of our sales, and today it’s less than 15 percent.

How do you feel about the Philippine market?

I love the Philippines.  I’ve been there several times and it is one of the countries, with Brazil, where Lacoste has a very strong following.  Whenever I go there and somebody says I’m the “Big Boss” of Lacoste they all go crazy.  In fact, on our Facebook page, the largest number of “likes” comes from the Philippines.  It is simply amazing.

Any plans for the coming year?

Together with the Mabuwaya Foundation, we are all excited as we try and save the Philippine crocodile from extinction.

Then, of course, starting January next year, we will celebrate our 80th anniversary.  We will have activities and promotions all year long and that will also mean a lot of traveling for me again.  PJ Enriquez