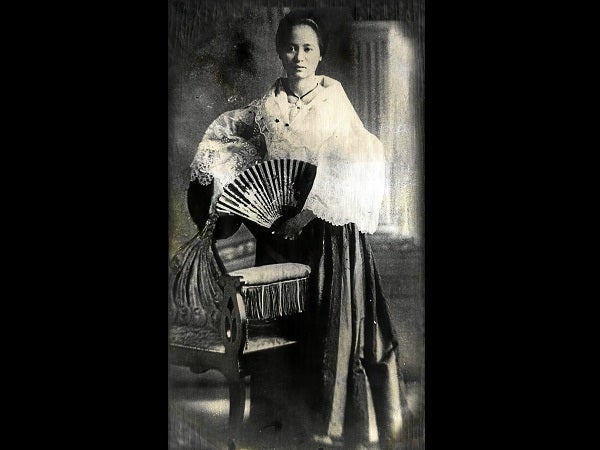 When I was a little boy, she would take me along to the house of her cousin after hearing Mass on Sundays. Tia Naty owned one of three pianos in town. She would play the piano and Inay Aurea would sing “Babalik Ka Rin” with a lot of feeling. Inay Aurea knew what loneliness was all about.

In 1937, my father Godofredo, called “Godong,” died of tuberculosis (no known pharmacological cure at that time), leaving Inay Aurea widowed only after two years of married life. I was only one year old when my father died. Inay Aurea told me that my father cried on his deathbed at the thought of leaving me orphaned.

Happenstance! In 1987, when I was president and chief creative officer of Basic Advertising, we were brainstorming on an ad campaign for Duty Free Philippines. Our task was to increase sales by tapping OFW shopping needs upon their arrival. We decided to anchor our creative strategy on the big emotion of OFW homesickness, the loneliness of those left behind and the overflowing happiness of reunion upon the return of an OFW.

While brainstorming, several execution ideas were being thrown on the table. Intuitively, I burst into a song, “Babalik Ka Rin.” Nonoy Gallardo, our creative director then (now CEO and founder of Gasso ad agency), blurted out: “That’s it! That’s it! Babalik ka rin! That’s our campaign!”

The “Babalik Ka Rin” TV commercial was such a big hit it broke sales records at Duty Free. Gary Valenciano sang a new soulful “Babalik Ka Rin” version created by Louie Ocampo. If not for Inay Aurea, I would not have the insight to use loneliness as a powerful element in tapping the huge OFW market and maximize market shares.

Hoc est enim corpus meum (This is my body)

These are the most powerful words uttered by a priest during Mass as he consecrates the bread and wine into the body and blood of Jesus Christ.

When I was a little boy, during consecration, Inay Aurea would pull me aside, make me kneel, close my eyes and adore the sacred host with my head bowed and hands clasped.

“That’s the body and blood of Jesus Christ. God is here present among us,” Inay whispered.

The war years were not only years of living dangerously but also years of scarcity of food, clothing and medicines. Our family survived on lugaw with tuyo, root crops such as kamoteng bagin, kamoteng kahoy and gabi eaten with kinudkud na niyog sprinkled with salt.

To manage her newfound big family in difficult times, Inay Aurea instituted the concept of rasyon and duty. At every meal, food was rasyon (rationed) on a plate with equal amount for each of us. No second helpings. We all learned to share what little was available to us.

Inay also instituted the concept of duty, which meant each of us assigned to a household task and errand. I was in charge of cleaning the room before bedtime, Leonor of setting the table, and Caesar of washing the dishes. The older boys did farm and palengke errands.

Inay also taught her young stepchildren to pray the Angelus and the rosary. She insisted that they attend Mass on Sundays. Inay’s stepchildren became close to her because she mentored and nurtured them like they were her own.

In 1950, Inay Aurea suffered from an ailment called sciatica, a painful disease involving the sciatic nerve. Severe pains were felt in the lower back and along the back of the thigh. She was bedridden and in pain for a year. When she recovered, her left leg had become shorter and she walked with a limp, needing to use a cane for support. However, this did not stop her from multitasking and taking regular trips to the province to procure our regular supply of rice and other food.

In her late 50s, Inay was surrogate to nephews and nieces from the provinces who came to Manila to study in various colleges—Totoy and Cenon from Majayjay, Lourdes and Acel from Anao, Estelit and Ching from Manticao.

Inay Aurea was stricter than my cousin’s parents. Her “I’m in charge and you follow house rules” were sacred when it came to table manners, bedroom orderliness and evening prayers. All my “boarder” cousins are now married and with successful careers. They thank Inay for her nurturing and mentoring ways.

In 1971, Inay underwent a major surgery on her diseased hip bone. When she recovered, she became wheelchair-bound. When she was in her mid 80s, I asked her to stay with us permanently.

“It’s good for our children to grow up with a grandmother,” my wife, Encar, told me.

At home in a big condominium in Greenbelt, Inay Aurea never lost her disciplinarian stance. One time she accosted my daughter Claudine’s boyfriend, “Hoy bata ka! Pumanaog ka na (take the stairs and go down) at gabi na!”

Inay had to cope with her recurring pain. I would hear her say “Diyos ko po, sa iyo ko inaalay ang aking sakit at hirap.” At times, I’d peek in her room and I’d see her praying the rosary.

At 88, Inay showed signs of Alzheimer’s disease. Every time I would approach her, she gave me that puzzled blank look, indicating the need to introduce myself. “Inay! Ako si Minyong, anak mo!” Still, I would get a blank stare.

As months passed, she spent most of her time sleeping and forgetting to eat because she had forgotten to feel hungry.

One time I wanted to get her signature for a piece of document. I gave her the pen and pointed the slot for her to sign. With that blank look on her face she did some scribbling on the paper. When she was finished, I looked at what she scribbled.

Horror of horrors! Inay scribbled something that looked like chicken-feet scratches. Oh my god! Inay Aurea had lost her writing skill! Or did she forget her name? Or both? I was devastated.

One sunny day in 1995, when she was five months short of her 90th birthday, Inay Aurea just closed her eyes—forever. I called for a priest to give her the sacrament of the last anointing.

After several hours, the funeral parlor guys came over. When I saw them taking Inay Aurea’s body out of the house, I shouted, “Hey, stop! Don’t take my mother away!” The funeral guys stopped by the doorway. And there I caught my Inay Aurea. I stood shocked and miserable. I said goodbye and the tears came flowing like a river.